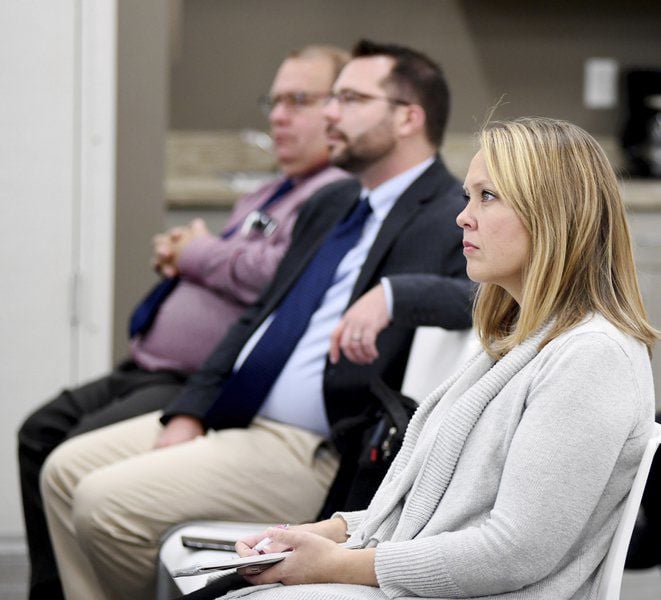 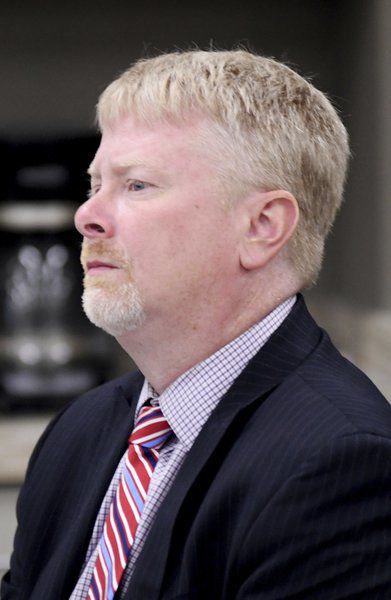 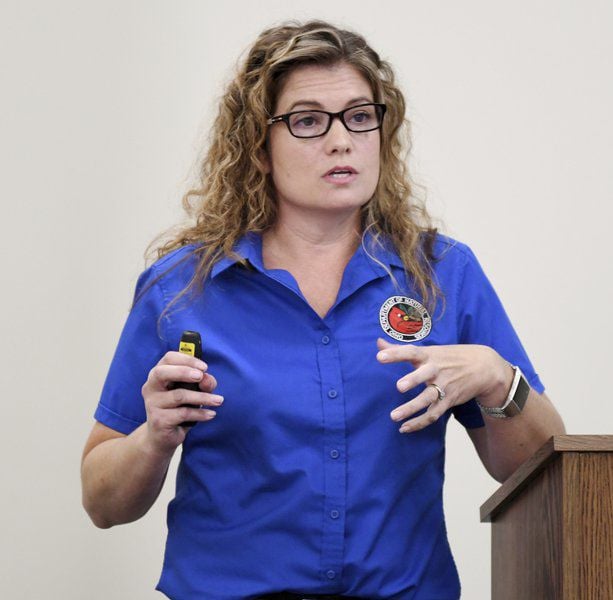 ASHTABULA — Nothing is certain but death and taxes, as the old saying goes, but Lake Erie erosion could probably be added to the idiom.

Since May of 2018 nearly 150 temporary permits, which can be granted under emergency scenarios, were granted, according to Deborah Beck, assistant chief with the Ohio Department of Natural Resources Office of Coastal Management.

Normally around 20 or 30 permanent shore structure permits are issued in a year, she said.

“People are really using the temporary permit process to be able to do the type of erosion control prevention that they need to do quickly,” Beck said.

Officials from the Ohio Department of Natural Resources and Army Corps of Engineers discussed such matters Monday at the Ashtabula County District Library.

In June, July and August Lake Erie set new record high levels that hadn’t been seen since 1986, Beck said. The lake is still 27 inches above the long-term monthly average for October, Beck said.

The long-term trends with water levels have generally shown that when levels rise after several years the levels tend to go back to historic averages, Beck said. As it now stands, data appears to indicate that a peak has been reached and levels will continue to drop, she said.

“The Army Corps of Engineers is indicating that between now and next month water levels will decrease by another four inches,” Beck said.

The general trend in Ashtabula County shows a decrease in erosion along the lake’s Coastal Erosion Areas, monitored by the ODNR, since the 1970s. However, Beck said data isn’t reflective of high water levels in 1973, 1986, 1998 and 2019.

It also isn’t reflective of the fact that much of the erosion control measures in the lake were installed decades ago and are beyond useful lifespan, Beck said.

“I would anticipate to see [in the future] exactly what we are seeing now,” Beck said. “Which is a lot of erosion along the shore.”

This is of concern to municipalities along the shores of Lake Erie. In July, the city of Conneaut constructed a $300,000 wall to protect the pumps that provide the city with drinking water. The pumps are near the water-level, and the enclosure that protected the pumps and the building that houses them was washed away by high water and storms.

Jim Hockaday, Conneaut City Manager, said what the city took away from that experience is that some massive public infrastructure doesn’t really have a source of funding should it need to be altered due to rising water levels.

The city of Ashtabula has major issues on Bridge Street where an interconnect between the sanitary and storm sewer system isn’t functioning properly, Hockaday said, because the lake is so high.

Other public properties like docks are taking substantial hits and there isn’t really a way to address these issues through traditional avenues, Hockaday said.

“The reality is that this infrastructure just wasn’t built for this anticipated level,” Hockaday said.

Bob Jackson, president of the Pierpont Township Board of Trustees, said there really are no funds available to private landowners looking to take erosion control measures.

The cost to install the proper measures of erosion control along Lake Erie can cost anywhere from $750 to more than $1,000 per foot of installation, Beck said.

“I’m not aware of any funds that are available for the installation of erosion control measures,” Beck said. “There are shoreline special improvement districts available for creation by local communities. That does provide a funding mechanism in the form of something that is assessed back on to the taxes of property owners.”

A shoreline special improvement district is something Hockaday said he has been “banging the drum on” for six to eight months.

“We have experienced a tremendous amount of erosion within our [coastal erosion areas],” Hockaday said.

Outside of Conneuat, Hockaday said some of the most valuable land along Lake Erie has been affected. Homeowners don’t have anywhere to turn for help with erosion control, Hockaday said.

Mark Winchell, executive director of the Ashtabula County Port Authority, questioned how the county would differentiate providing funds to wealthy commercial properties versus residential properties in which someone’s uncle built a cottage decades ago.

“At a thousand dollars per foot how do we prioritize as a community,” Winchell said.

Hockaday said there is no need to differentiate between the types of properties in such a district if it were created.

The Port Authority, for example, would issue a loan which would be assessed to the property tax on a fixed amortization schedule regardless of which property applied for funds, he said.

Hockaday said a number of other counties are working on creating such districts and he thinks Ashtabula County should do the same.