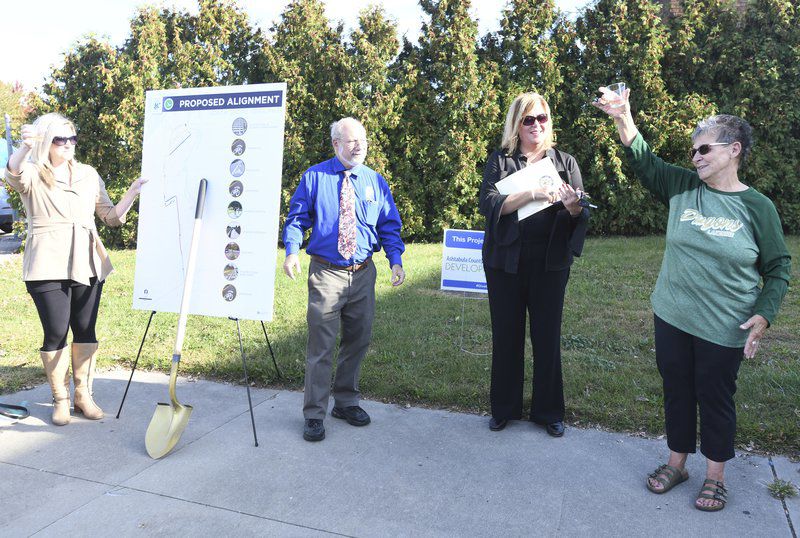 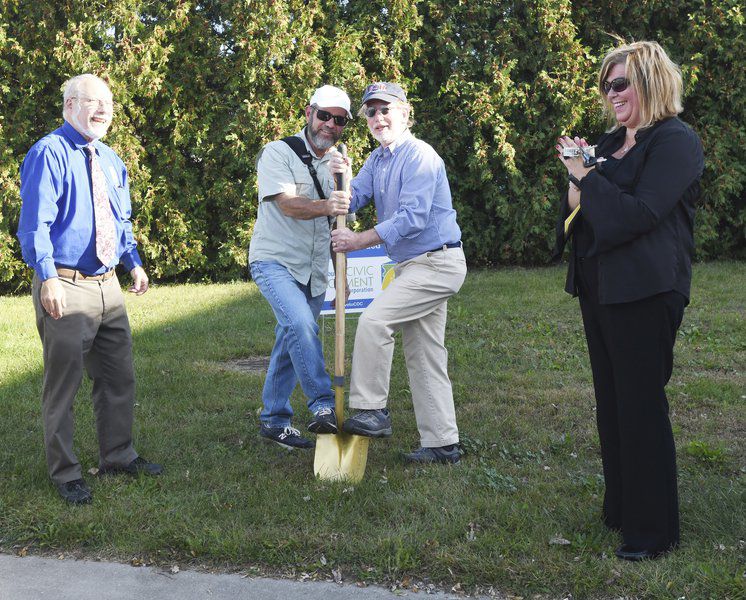 ASHTABULA — A trail 25 years in the making officially broke ground on Friday.

The Ashtabula County Metroparks, Community Development Corporation, County Commissioners, Ashtabula City Manager, and other officials gathered together in the Ashtabula Harbor for the groundbreaking ceremony for the North Shore Trail.

The trail, spearheaded by the Metroparks, will connect the Greenway Trail to Walnut Beach.

“All of you have played a major role in making the North Shore Trail a reality,” Metroparks Executive Director Larry Frimerman said at the event.

The trail will take bike riders from where the Greenway Trail meets West Avenue north along West, then move around Smith Field to Michigan Avenue, then to West 8th Street. At Lake Avenue and West 8th, the trail splits into two, with one leg going north on Lake Avenue to Walnut Beach, and another taking West 8th Street to Goodwill Drive, then up to Point Park.

James Timonere, Ashtabula City Manager, was present at the ribbon-cutting. “We’re really excited,” Timonere said. He also stressed the importance of the trail. “Getting this trail all the way down to the beach is a huge, huge part of our economic development plan. I’ve been out on that trail. I see a lot of money out there,” Timonere said.

The Metroparks have signed a memorandum of understanding with the city of Ashtabula, Frimerman said.

“We’re excited about this project, and we do want to show our gracious support to the Metroparks and the many partners that help make this project possible,” County Commissioner Casey Kozlowski said. “We look forward to continuing to work with you.”

An estimate put the construction of an off-road version of the North Shore Trail at $6.7 million, Stewart Cordell, of the Civic Development Corporation, said.

The cost of the 4.25 mile North Shore trail is $1.3 million, according to the Metroparks’ website. $1.1 million of that funding is being provided by the Ohio Department of Transportation, Frimerman said.

“The fact is, we would not have been able to leverage that $1.161 million dollars without the work of the Ashtabula County Civic Development Corporation, which provided a total of about $270,000 for this project,” Frimerman said.

“This is a doable, cost efficient plan,” Frimerman said.

Much of the North Shore Trial will follow public roads. There will also be rails placed on the stairs leading from Bridge Street to Point Park, to allow bikes to reach the top of the hill.

The North Shore Trail is part of the Great Ohio Lake to River Trail.

ASHTABULA [ndash] Michael Cole, 65, of Ashtabula, passed away Wednesday, January 15, 2020 at the Cleveland Clinic. Celebration of life Sunday, January 19, 2020 at Rock Creek Firehall from 12pm to 6pm. Please, no gifts or flowers.