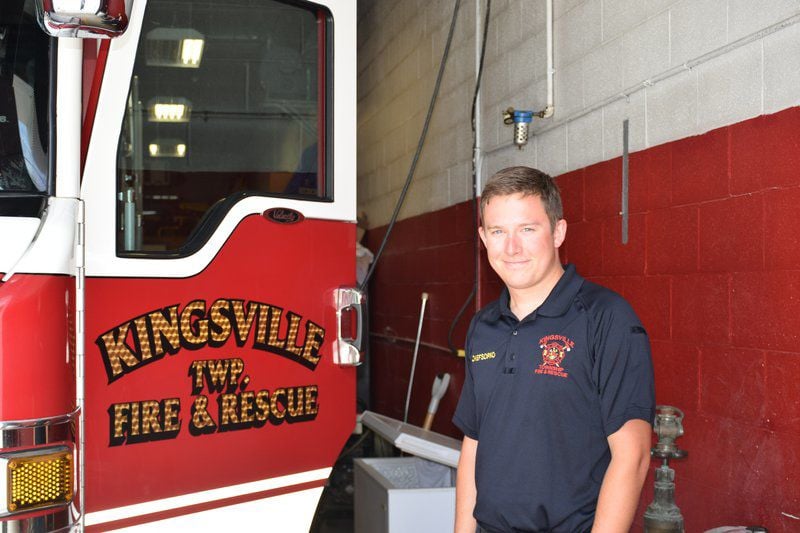 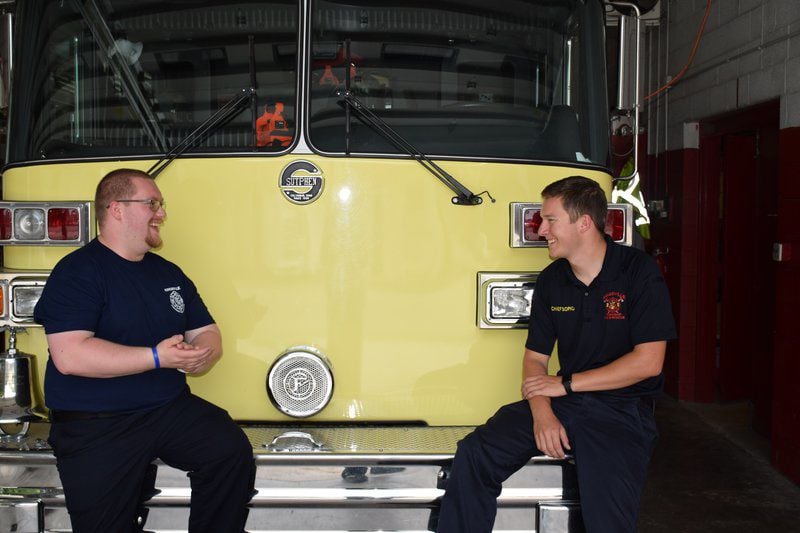 KINGSVILLE TOWNSHIP — Jesse Sopko has been fire chief in Kingsville Township for just over a week, and he is already making changes.

Sopko, 21, was hired in May, and started work June 3. Since then, there have been a number of changes to the fire department.

First, the department is getting new turnout gear, thanks to a donation from the Fire Department's volunteer booster club. Eight of the department's 12 sets of turnout gear are beyond their recommended 10-year lifespan and will be replaced. The purchase, expected to cost $17,555, will be made by the boosters, and the fire department will reimburse them between $3,000 to $4,000, Sopko said.

The department's turnout gear is three years out of date. The remaining four sets of gear are good until 2024, and Sopko said he plans to make room in the budget to replace the sets of gear before they are 10 years old.

"The turnout gear is three years past its life expectancy. It's in grave need of (replacement)," he said. "We do have good fire gear, still, but there was never a program implemented to set up for purchasing fire gear."

The department is also planning to hire between two and four more part-time firefighter/EMTs, Sopko said.

"It's an issue everywhere in the United States, one, getting people to do this job, and two is retaining them," he said.

The department is also working on three grant applications. Two will be for protective equipment, and the third for new digital radios. One of the grants would pay for self-contained breathing apparatuses for the department. Currently, the ones the fire department has are about 15 years old. Newer equipment is lighter, Sopko said.

"It just naturally gets better," he said.

The second equipment grant, through the Bureau of Workers Compensation, would pay for new gloves and hoods for the department, and a heavy duty washing machine, all of which are aimed at reducing exposure to carcinogens.

"In this job, we have a very high, elevated risk of cancers, compared to the average layperson," Sopko said.

Vehicles in the department's fleet will also start receiving preventative maintenance, starting with an ambulance that has a malfunctioning door.

In addition, Sopko has transitioned the staff from a paper record-keeping system to a digital one.

The changes have been well-received by employees, he said.

Sopko took over for long-time volunteer Fire Chief Neal Stewart when the decision was made to go to a full-time fire chief. Stewart was offered the position, with the condition that he achieve the necessary levels of qualifications for the job within 18 months. Stewart, who also serves as the township's street superintendent, declined.

Originally, the job description for fire chief required 10 years of experience, which Sopko lacks. After Sopko's appointment, trustee Jim Branch said the experience was a plus for a candidate.

“Despite not having the 10 years of service we preferred, working for busy departments like Mentor and Madison has afforded Jesse extensive experience in responding to both fire and EMS calls,” Branch said in May, when Sopko was hired.

The vote to hire Sopko was unanimous.

"From my point of view, I'm very pleased," trustee Karl Burnell said on Monday. "I think he's doing well, and we're lucky to have him."

Sopko said he is happy with the progress made so far.