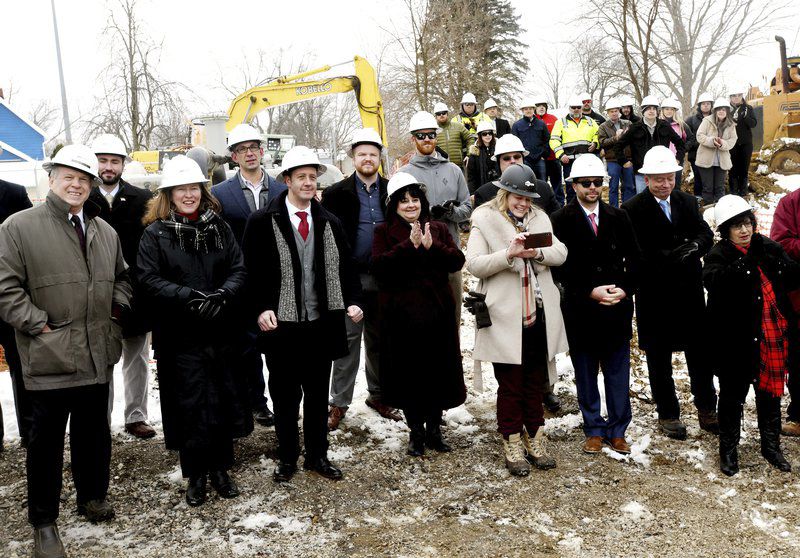 Local politicians and supporters of the Risberg pipeline react during a ribbon cutting ceremony in North Kingsville on Friday morning to celebrate the recently completed pipeline that will now bring natural gas to Ashtabula County. 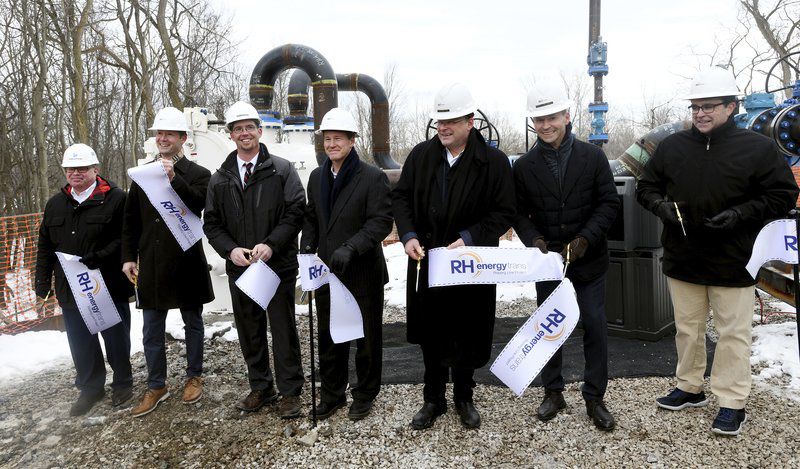 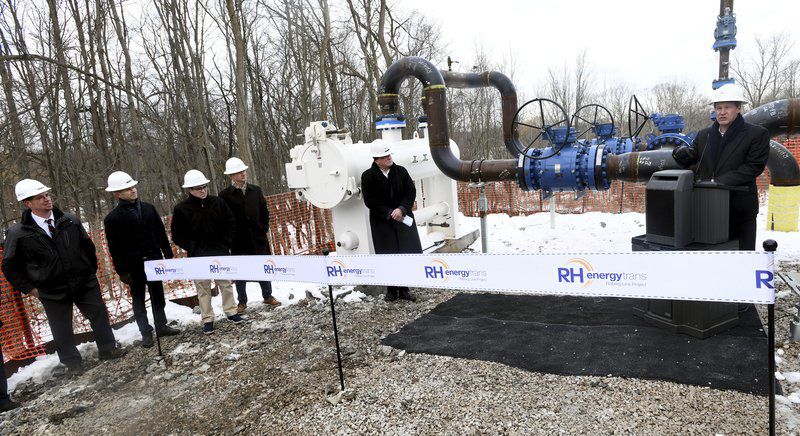 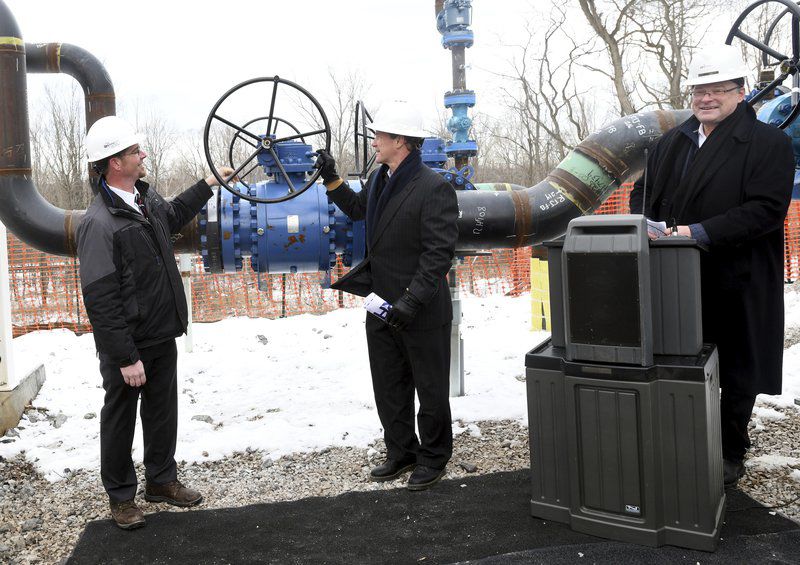 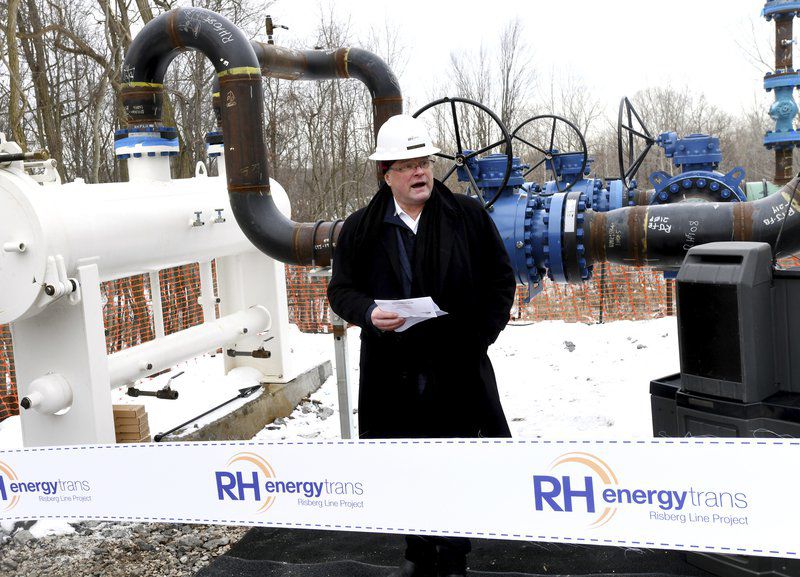 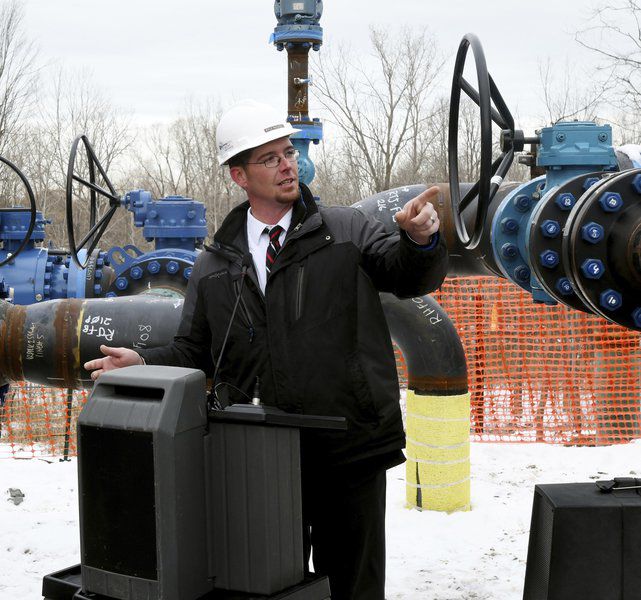 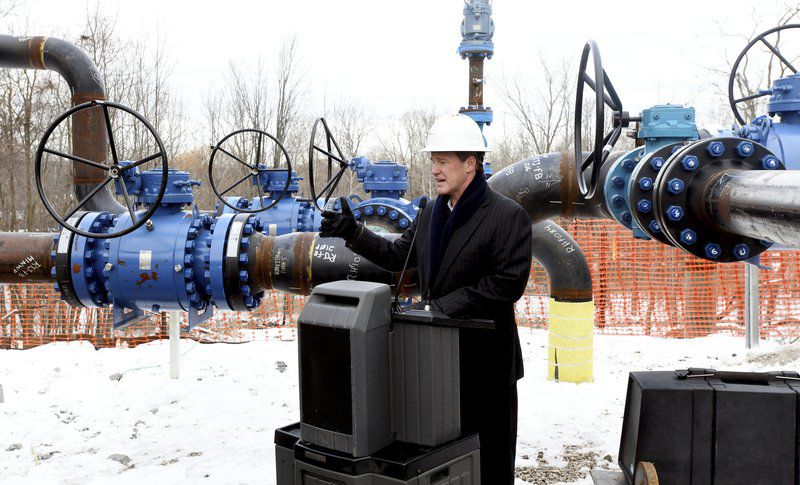 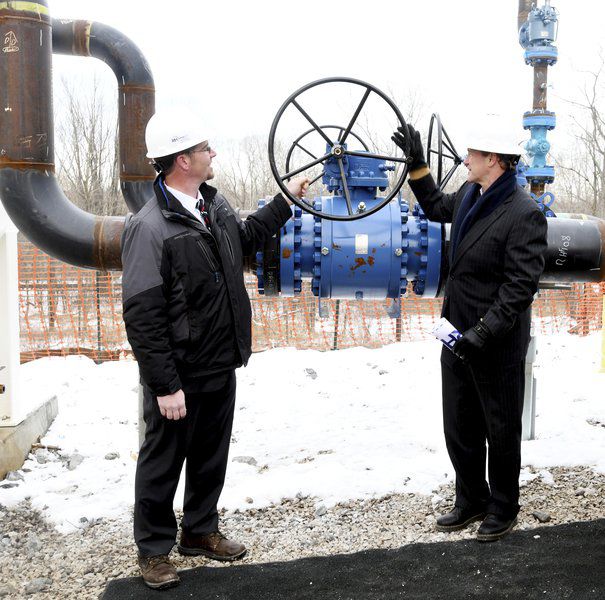 Local politicians and supporters of the Risberg pipeline react during a ribbon cutting ceremony in North Kingsville on Friday morning to celebrate the recently completed pipeline that will now bring natural gas to Ashtabula County.

NORTH KINGSVILLE — Dozens of people gathered in North Kingsville on Friday to celebrate the ribbon cutting for a new natural gas pipeline.

Seven people cut the ribbon on the Risberg Pipeline, which runs from Meadville, Pennsylvania, to North Kingsville. The pipeline, which was expected to cost $86 million, is comprised of 30 miles of existing pipeline and 28 miles of new pipeline, 12 of which was built in Ashtabula County.

“We have known for a long time that this part of Ohio was in need of natural gas supply, to support not only existing businesses, but also new business opportunities,” Oivind Risberg, owner and CEO of RH energytrans, said to the assembled crowd.

“I’m very happy that we spent the last few years 100 percent dedicated to get gas in here, because I got tired of listening to the need for natural gas supply when we have so much of it underneath us,” Risberg said.

Risberg praised the state of Ohio, and how welcoming the state is to businesses.

RH energytrans had to negotiate with more than 100 landowners to acquire right of way to build the pipeline, Risberg said. The company did not have to use or threaten to use eminent domain, which was a point of pride for them, he added.

State Rep. John Patterson received zero complaints about the projects, Risberg said. “Not one, that’s true, not one,” Patterson said from the crowd.

Risberg thanked a number of people in his speech, including state and local officials, a number of organizations dedicated to economic development and Dominion Ohio.

Dominion will receive the gas from the pipeline.

“Without Dominion, we would not be here today,” Risberg said.

Dan Boes spoke on behalf of Dominon and thanked RH and those involved in the pipeline’s construction.

“This is going to go a long way for economic growth and development for the area.”

The pipeline will be able to serve large industrial demand, Risberg said.

Among industries that will likely demand natural gas is the Petmin pig iron plant planned for Ashtabula. Talks are ongoing with Petmin, Dennis Holbrook, spokesperson for RH energytrans, said. The pipeline was initially planned to go into service in the summer, but bad weather slowed the pipeline’s progress.

Holbrook praised local support for the project. “It’s been a very supportive community,” he said.

There is still some work to be done, though. Around 60 percent of the work restoring land where the pipeline was installed has been finished, with the rest of the work planned for next year. Additionally, crews will go back and inspect places where restoration was done this year, to make sure that the grass and plants are doing well, Holbrook said.

Risberg maintained a jovial atmosphere throughout the event, joking about technical difficulties and the cold as he spoke.

Lt. Governer Jon Husted was present at the event and was one of the two people who turned the valve to allow natural gas to flow from the Risberg line to Dominion.

“Governor DeWine and I really appreciate the investment that’s being made here today,” Husted said. “We’re excited about what’s happening here. We appreciate RH’s investment. We appreciate Dominion stepping up and leading. We want to be great partners for the long run with you.”

“A lot of opportunities have been missed because of the lack of access to natural gas. Those opportunities won’t be missed any more,” Husted said.

JobsOhio and TeamNEO, a pair of organizations dedicated to economic development, have identified a number of potential businesses that may take advantage of the new access to natural gas, Husted said.

“I say this a lot these days, because it’s true: Those who collaborate best are the ones that win, and this is a collaboration of a lot of interests and a lot of people who decided that they were going to make sure that this community wins,” Husted said.

March — Crews started clearing land for the pipeline to be installed.

June — Work on the installation of the pipeline moves into Ohio, running along the south side of Interstate 90 in Conneaut.

October — The construction phase of the project neared completion, with less than a mile of pipe left to be installed one week into the month.

November — Testing on the Ohio portions of the pipeline was completed in November.