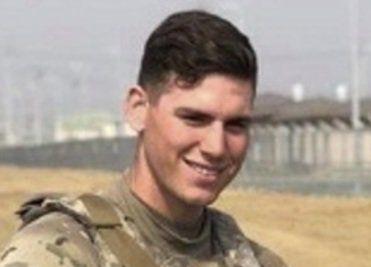 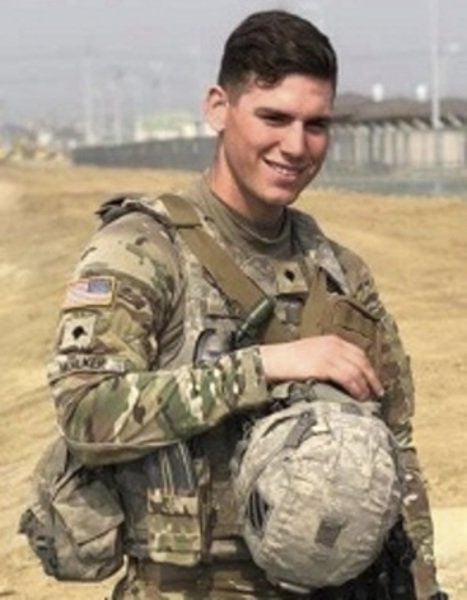 CONNEAUT — The body of U.S. Army Sgt. Cole Walker will arrive in Conneaut tonight, ahead of funeral services planned for this weekend.

Walker died in a training accident on Oct. 20.

Walker’s body is being transported to Cleveland Hopkins International Airport, then to Conneaut.

He will be escorted by marked vehicles during the journey, and organizers are arranging for fire apparatuses to be present on the Route 90 overpasses in Ashtabula County, Kori Marcy Campbell said.

“It looks like every single overpass on Route 90, from the County Line Road all the way to Route 7 should have some kind of an apparatus on it,” said Jonathan Richardson, one of the people helping to organize the tribute.

Richardson is waiting to hear back from a few departments to confirm plans.

“Other than those two, we have every single fire and EMS agency in the county are going to participate,” he said.

McGeever could not estimate the size of the motorcycle contingent, because of the number of different groups involved.

Fire departments outside of Ashtabula County are also planning to have equipment stationed on overpasses, McGeever said.

Walker and two other soldiers, Sgt. First Class Bryan Andrew Jenkins and Private First Class Antonio Gilbert Garcia were killed in a training accident on Oct. 20. Three other soldiers were injured in the crash at Fort Stewart in Georgia, and taken to Winn Army Community Hospital.

Two were treated and released, and the third was transported to Memorial Hospital in Savannah, Ga., with non-life-threatening injuries, according to their unit.

ANDOVER [ndash] Heather Micklos passed away on July 20th, 2020. She was born on July 21st, 1971 in Pittsburgh, PA, the daughter of Norbert and Dolores (Romano) Micklos. In honoring her wishes, no public services will be held.

KINGSVILLE TWP. [ndash] Donna D. Clayman, age 88, passed July 27, 2020 at the Ashtabula County Nursing Home. Private family service will be held at a later date. Obituary and condolences can be made at guerrierofuneralhome.com

NORTH KINGSVILLE [ndash] Mary Elizabeth Risley, 82, passed July 30 at ACMC. Funeral Service will be on Tuesday, August 4, 7P.M., at the Pentecostal Community Church of Ashtabula, with visitation from 5:30-7. Condolences at guerrierofuneralhome.com