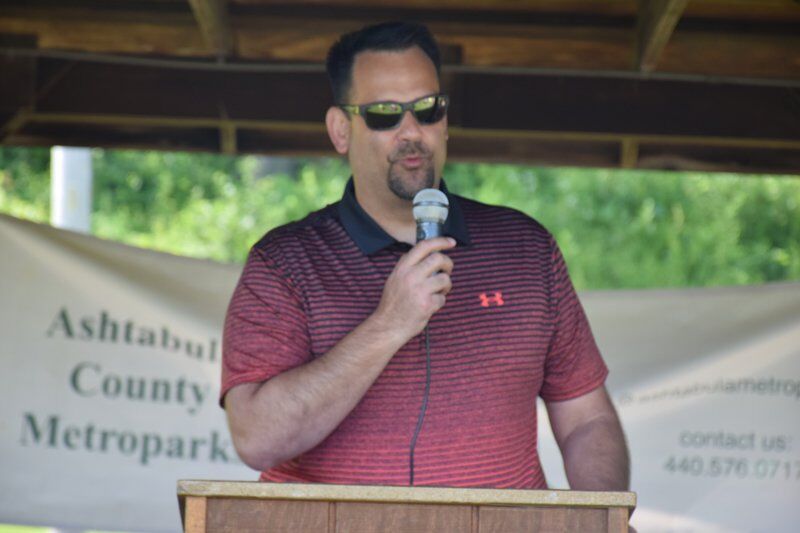 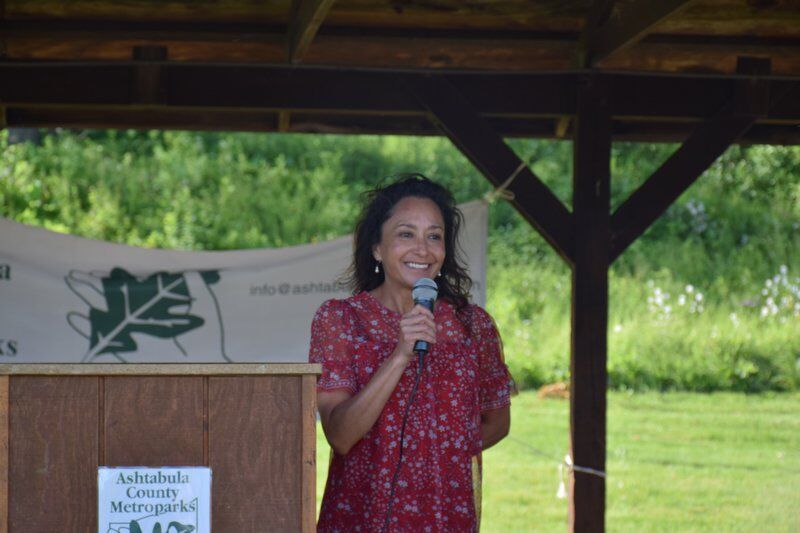 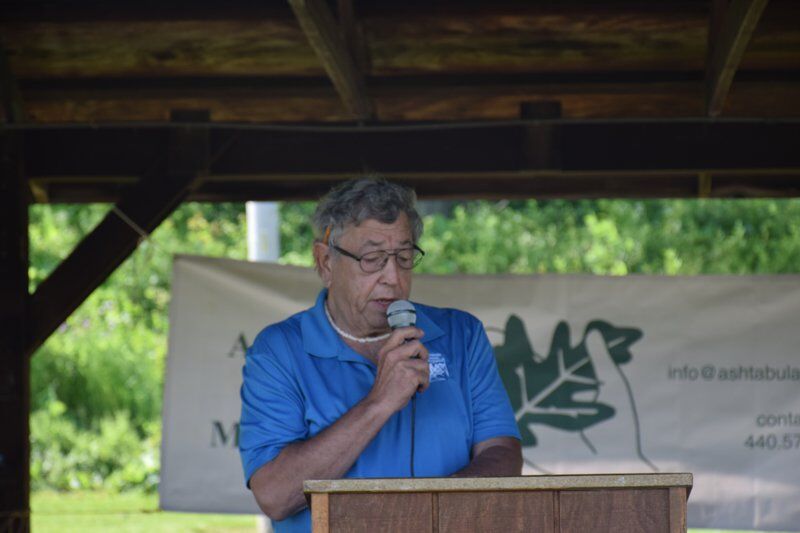 Metroparks Board member Charlie Kohli spoke at the event on Saturday celebrating the completion of the North Shore Trail. Kohli also presented plaques to a number of people whose support made the trail possible.

Metroparks Board member Charlie Kohli spoke at the event on Saturday celebrating the completion of the North Shore Trail. Kohli also presented plaques to a number of people whose support made the trail possible.

ASHTABULA — More than 30 people gathered at Walnut Beach on Saturday morning to celebrate the completion of the North Shore Trail.

Board Member Charlie Kohli, who has been a long-time champion of the project, thanked attendees for coming.

"Although we're happy to complete this project, this is a small part of a much larger program of trails in our area," he said.

The Western Reserve Greenway and North Shore trails are part of a trail system that connects Lake Erie to the Ohio River, as well as a trail network centered around Pittsburgh, Kohli said.

Kohli asked Ashtabula residents to welcome visitors to the city.

Kohli gave plaques to a number of people who were instrumental in the creation of the trail, including John Keenan and Dave King, the first two people who advocated for the trail.

"Thank you so much for doing this," Kohli said to Keenan and King.

Keenan added, "Dave and I used to joke that some day we'd be pushed down this trail in our wheelchairs."

King asked drivers to be considerate and patient with cyclists.

"Remember that these folks could be your friends and neighbors," he said.

Kevin Grippi, former administrator of the Ashtabula County Metroparks, thanked the various foundations and non-profit groups that made the trail possible.

"Truly, none of this, none of this would have happened if we didn't have the big three step up — the Ashtabula Foundation, the Civic Development Corporation and the Morrison Foundation," Grippi said.

Ashtabula City Manager Jim Timonere praised Keenan, King, and Kohli for their work on the trail.

"What an outstanding way to end a ride, down here at Walnut Beach," Timonere said. "I've had the pleasure of biking this entire trail, all the way down into the other counties. It is an outstanding ride, I hope you all get to do it some day. We are really fortunate to have something like this in our back yard," he added later.

Timonere also praised the groups that raised funds for the trail.

The North Shore Trail is an economic development tool, he said.

Amanda Tirotta, executive director of the Civic Development Corporation, said the Metorparks have been wonderful stewards of the funds the CDC raised for them.

The CDC's mission is to enhance the quality of life in the county, she said.

The North Shore Trail runs from the Greenway Trail's intersection with West Avenue to Walnut Beach.

After Saturday's event, a group rode the length of the North Shore Trail.