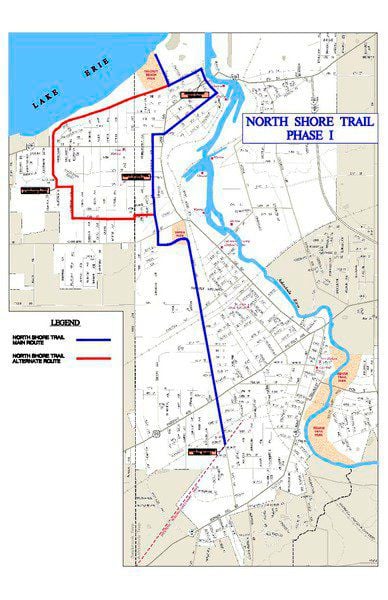 This map, from the Ashtabula County Metroparks, shows the path the North Shore Trail would take. 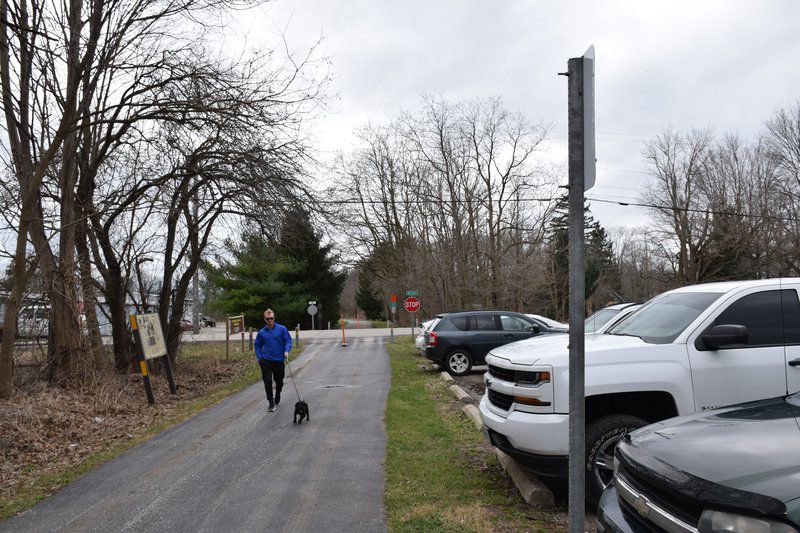 This map, from the Ashtabula County Metroparks, shows the path the North Shore Trail would take.

JEFFERSON — The Ashtabula County Metroparks board met on Friday morning to authorize an agreement with ODOT for a pair of Greenway Trails.

The trail would consist of shared right of way on roads, bike paths and widened sidewalks, according to the Metroparks. A groundbreaking was held in the Ashtabula Harbor in October of 2019.

There are still more steps to take in the process of finishing the trail. Friday’s motion was a step in finishing up some of the paperwork associated with the project, Mayernick said.

The trail is expected to cost $2 million, according  to the Metroparks’ website. The Metroparks received a $1.16 million grant from ODOT to aid in construction of the trail.

The North Shore Trail is part of the Proposed Great Ohio Lake to River Trail, which, when completed, will run from Lake Erie to the Ohio River.

The Metroparks still need to get approval for the final route, then go through a bidding process for the construction of the trail, Mayernick said.

The plan is for construction to start in early summer.

“Getting this trail all the way down to the beach is a huge, huge part of our economic development plan. I’ve been out on that trail. I see a lot of money out there,” said Jim Timonere, Ashtabula City Manager, at the groundbreaking for the trail in October.

WILLIAMSFIELD [ndash] David Allen Jordan Sr., 73, passed away on April 4, 2020. Arrangements are being handled by Childs-Williams Ducro Funeral Home, Pierpont. Friends can find full obituary and leave condolences for the family at www.ducro.com

ASHTABULA [ndash] Loving father and husband, Robert T. Gray, 32 passed away unexpectedly March 28th. Private services will be held. Full obituary online at guerrierofuneralhome.com, contributions can be made to Guerriero Funeral Home. Love You Most Babe.

GENEVA [ndash] David W. Thompson, age 84 of Geneva, died Friday, April 3, 2020 at the Geneva Village Retirement Center. He was born December 23, 1935 in Flemington, WVA., the son of David and Virginia A. (Stutler) Thompson. He was a supervisor for Metal Wheel before going to work at True Tem…