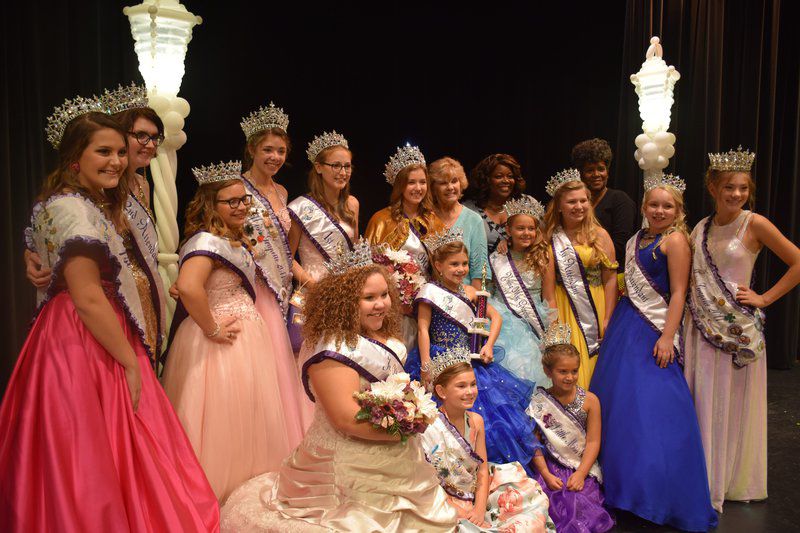 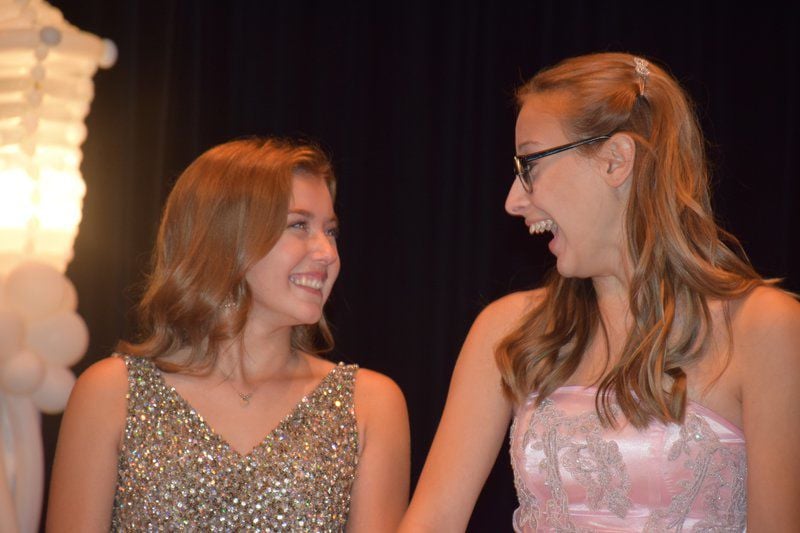 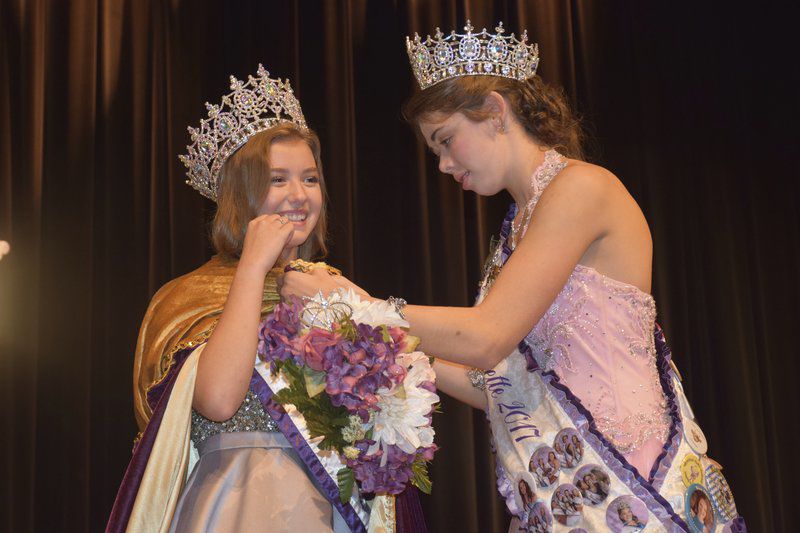 GENEVA — A dream that began as a third-grader for Madison sophomore Caitlin Barnicoat came to fruition late Saturday night when she was crowned the 2018 Miss Grapette.

Barnicoat had been competing in Grapette pageants since she was in third grade. Last year she was the second attendant and this year she took home the crown. It was a pattern she followed previously in the Junior Miss pageant, which is open to sixth to eight grade students.

Her biggest takeaway every year is the bond with the other girls. That was especially true this year, as there were just three Miss Grapette contestants — Madeline Kosek was second attendant and Miss Congeniality and  Kaitlin Poling was first attendant. At every picture opportunity, the three linked hands and arms.

Her main goal as Miss Grapette is to do more community service.

“Local events are so important to me ... our community should get to know us better,” she said during the event.

Afterward, Barnicoat said she was especially interested in doing more work with children, such as reading to kids at the library or helping with school projects.

Carianna Downie, the outgoing Miss Grapette, said it is an “opportunity to make a difference in the community.”

Pageant coordinator Chrissy Jeppe said the community service projects the girls do are the most important takeaway from the pageant. She enjoys watching the girls grow from their experience and seeing the reminders of their community service work, such as flowers they planted or the little book libraries set up.

“That’s what makes me feel good,” she said.

Barnicoat said she is excited for the opportunity to set an example for the younger pageant contestants.

“I’ve been doing it for so long. All the Miss Grapettes I was so close to, they were my biggest role models. For me, it’s amazing to be a role model to the younger girls,” she said.

Barnicoat’s parents, Cherie and Charles, said they never set out to be pageant parents, but their daughter “got the bug” — but only for Miss Grapette, she does not compete in other pageants. “We were not expecting her to win,” Cherie said, adding, “We wanted it for her because its what she wanted.”

Both Cherie and Charles said it was the public service element of the event that they were passionate about. They also said the girls become close.

“It really does become a family,” Cherie said.