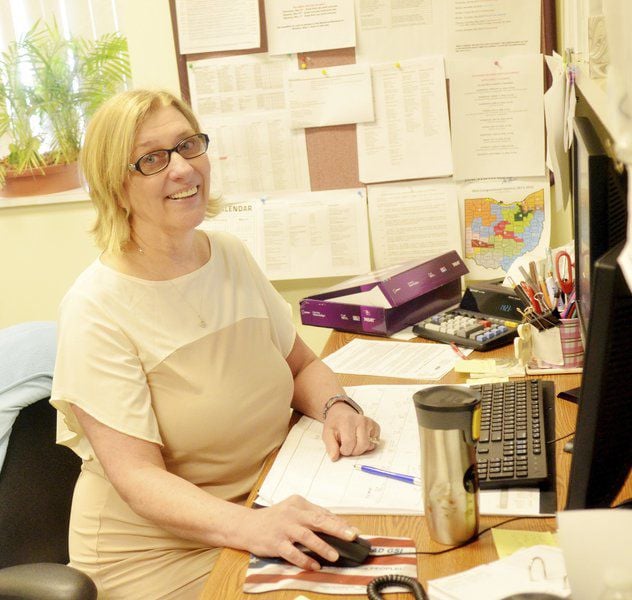 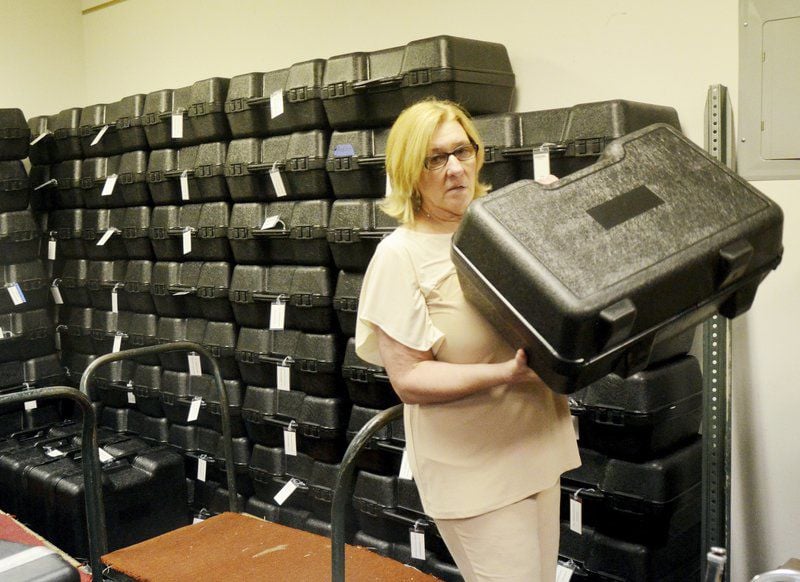 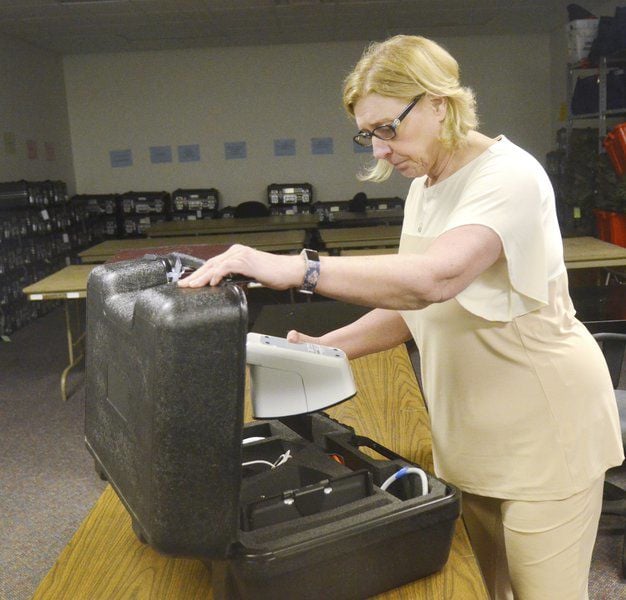 Ashtabula County Board of Elections Deputy Director Carol Lovas will be retiring at the end of May. She displays a voting kit like one she uses to train precinct workers.

Ashtabula County Board of Elections Deputy Director Carol Lovas will be retiring at the end of May. She displays a voting kit like one she uses to train precinct workers.

JEFFERSON — For Carol Lovas, next month serves up her final election as she prepares to retire after 17 years of service with the Ashtabula County Board of Elections.

Lovas, now the board’s deputy director, will step down at the end of May, she said Monday.

Charlie Frye, election board chairman, said Monday the panel will discuss the search for Lovas’ successor at an upcoming meeting. According to the Ohio Secretary of State’s office, the board must advertise the position for at least one week.

“We’re not in a huge hurry to make an appointment,” Frye said.

Lovas became an election administrator in 2010 after serving more than eight years on the board. She has served as director and deputy director in that time (state law requires the positions alternate every two years), and she is the first woman in county history to hold those positions.

Acceptance was not immediate, Lovas said.

“I did realize at the start that this was a man’s world in this county,” she said. “In the beginning I felt I had to earn my place as a woman. I had to gain respect in a different way.”

The board’s director and deputy director handle the day-to-day operations of the office and the arrangements for elections at every level of government.  The routine can get much more hectic as Election Day approaches, Lovas said.

“It’s quite a challenge at times,” she said. “We work to make sure everyone is on the same page. There is nothing worse than having a bad election.”

As director, Lovas said she worked to improve organization and procedures and also upgrade equipment.

“Elections are moving fast and there can be changes daily,” she said. You have to keep up with them. I feel I’ve worked very hard to make things organized,” she said.

She launched new training for election precinct officials and began the practice of using high school students to work elections.

“Carol has worked very hard to make the election board more efficient, to help the office progress and to modernize equipment,” said Duane Feher, director. “She’s looked at the training of (precinct workers) and developed a good model.

“You don’t share an office space for seven years without developing some type of understanding and respect,” Feher said. “(Lovas) takes a lot of pride in what she does. We always tried to work together as a team. Occasionally we would differ, but ultimately we would come together.”

“She did an outstanding job,” he said. “She’s detail-oriented and has a passion for the job. We will definitely miss her.”

Politics have been a big part of Lovas’ life. She served as Ashtabula City Council president in the 1990s and in November was appointed vice-president of the Ohio Federation of Republican Women’s District 3. Politics always stayed outside the election board office, she emphasized.

Lovas and her husband plan to use her leisure time to travel and spend more time aboard their boat, she said.

“I love elections and I love the political world,” she said. “I will miss it. It’s a bittersweet decision.”