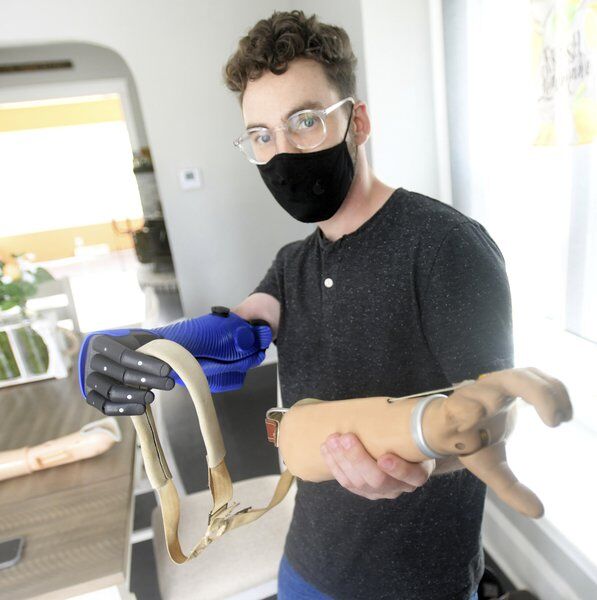 Richard Slusher displays his new bionic arm as he grasps his former prosthesis. 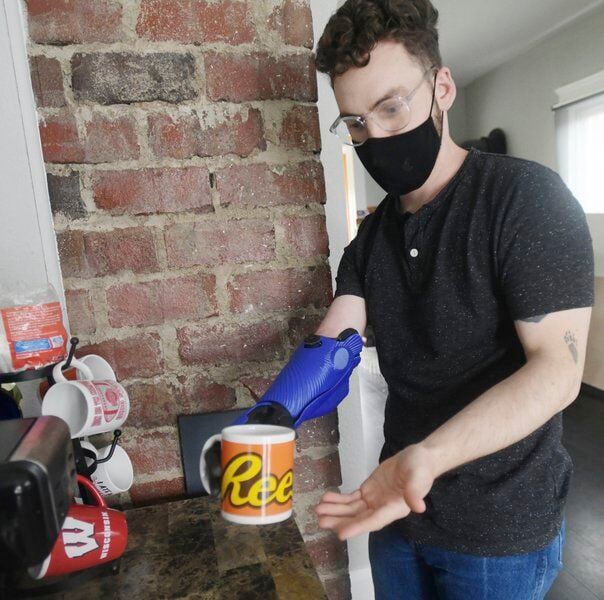 Richard Slusher demonstrates his new bionic arm as he grasps a coffee cup in his kitchen. 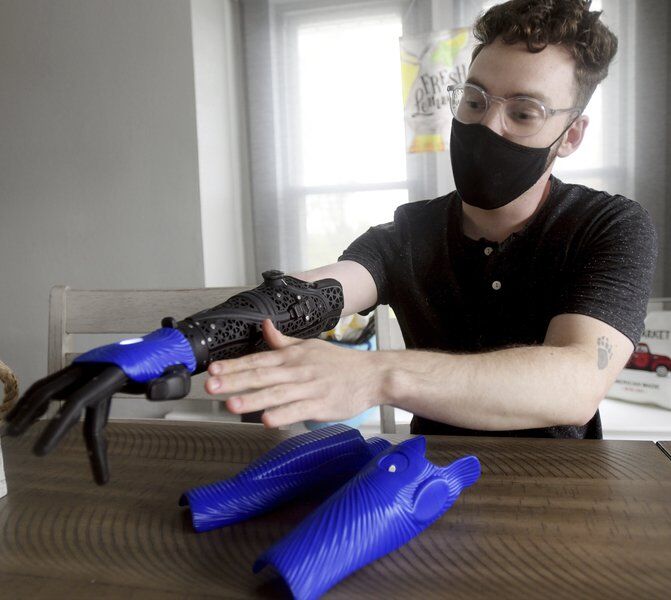 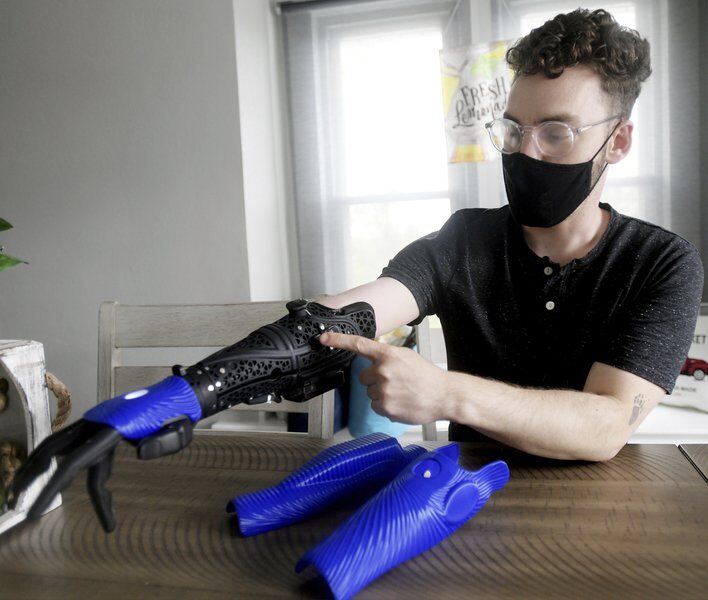 Richard Slusher displays his new bionic arm as he grasps his former prosthesis.

Richard Slusher demonstrates his new bionic arm as he grasps a coffee cup in his kitchen.

PLYMOUTH TOWNSHIP — A bionic arm has drastically changed the day-to-day life of 27-year-old Richard Slusher after a go-fund me campaign allowed new technology to enrich his prosthetic experience.

Slusher has had a prosthetic arm from the time he was a child. He was born without the lower half of his right arm below the elbow. The prosthetics were provided free of charge by Shriner’s Hospital in Cleveland until he became 18.

After hearing about the Hero Arm, Slusher decided that it would help him, and the children he works with at an amputee camp in Utah, but his insurance company would not approve the bionic arm that costs about $20,000.

“I started the GoFundMe in October [2020],” Slusher said. He said the idea came with a company in the United Kingdom and the fund-raising efforts were very successful.

He said he raised about $11,000 in a month, and representatives of a company in Erie, Presque Isle Medical Technology, called in November and offered to make up the difference ($9,000) if they could do the fitting for the new arm.

Two months of fitting followed before he received his new arm in late February.

The new arm only weighs about two pounds and is governed by how he flexes the muscles in his arm. He said it has helped him relax his left arm which normally carries the brunt of day-to-day activities and allows him to wear the device all day.

He said his former prosthetics were skin colored, but he liked the idea of a more futuristic looking arm and wanted to provide an example for the children he counsels at the camp.

Slusher graduated from Kent State Ashtabula with a communications degree and presently tutors students at A-Tech.

The Hero Arm was custom built by Open Bionics and uses myoelectric sensors to detect underlying muscle contractions which are then amplified and converted into intuitive bionic hand movements, according to information provided by the company.

Slusher said the skin-toned prosthetics made him feel like he had to conform by wearing that type of limb, but he was excited about the more futuristic look that better fit his personality.

He said his next step is advocating for more assistance from insurance companies on the high-tech prosthesis.

“People with limb differences deserve better access to prosthetics that fulfill their physical and psychological needs. We hope the Hero Arm will empower Richard to continue to achieve his goals and encourage others to reach out if they need support funding their bionic arm,” stated Samantha Payne, founder and chief executive officer of Open Bionics in a company press release.