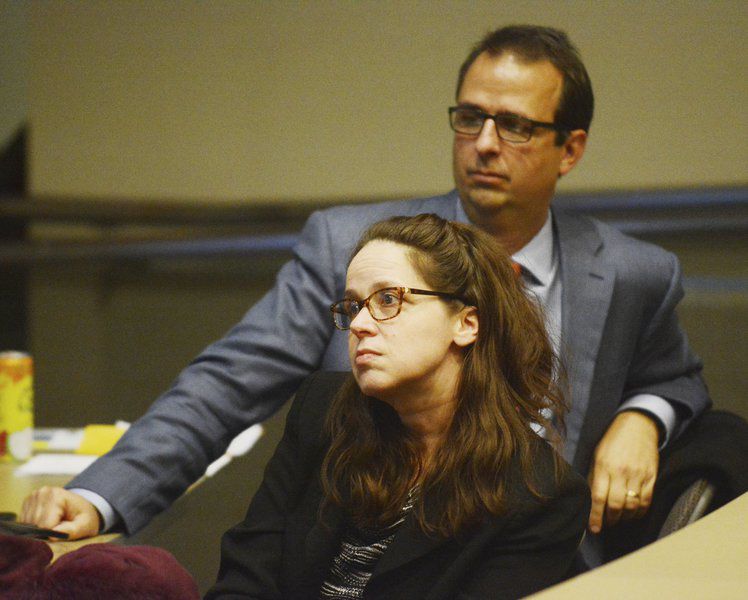 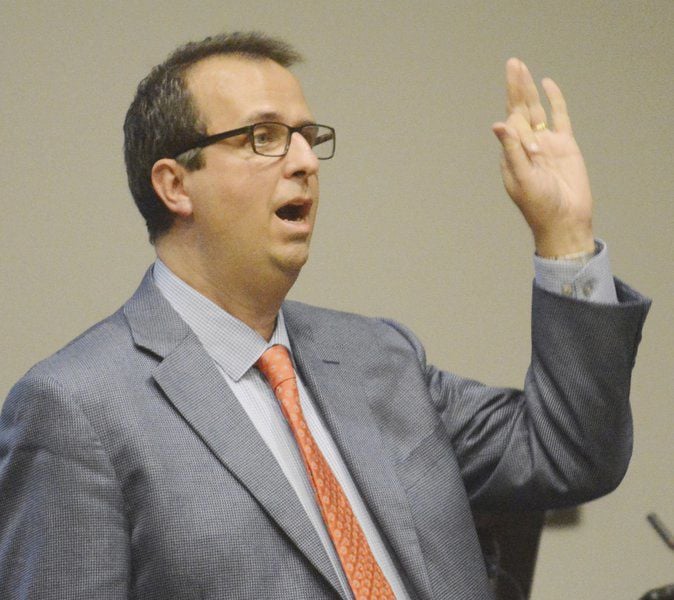 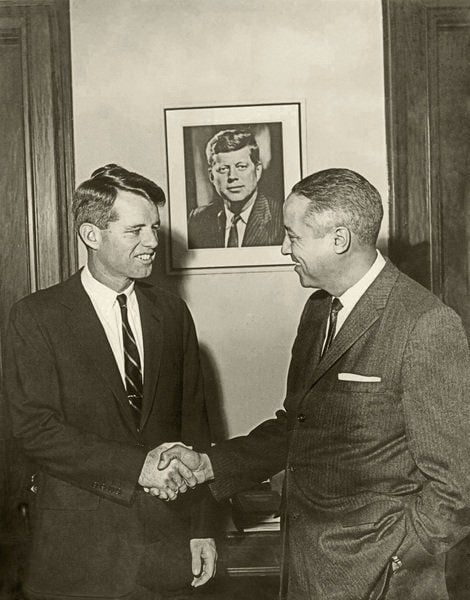 Robert Kennedy (left) shaking hands with Merle McCurdy (right). This photo was heavily damaged, and had to be restored by the staff at Kent State Ashtabula. 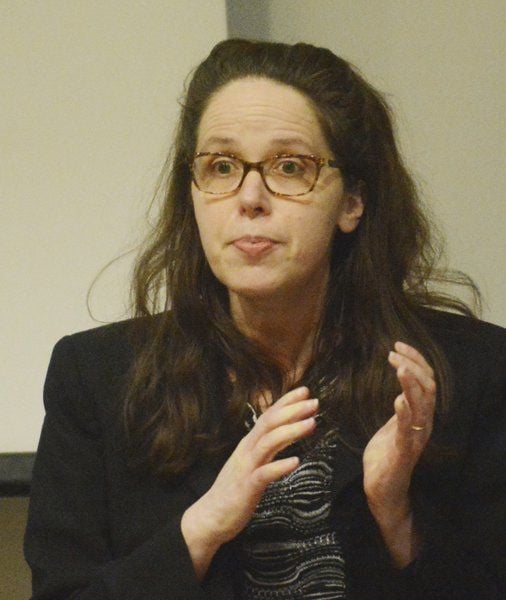 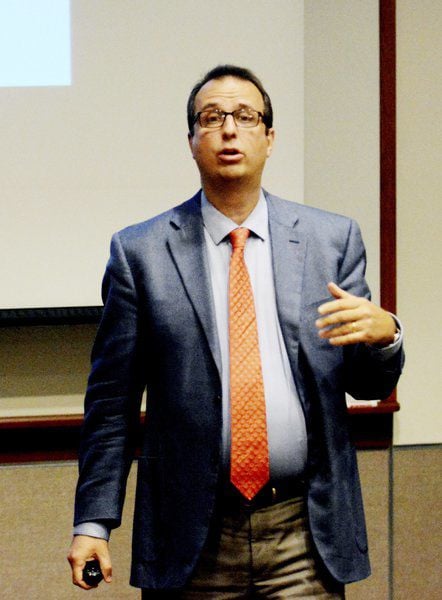 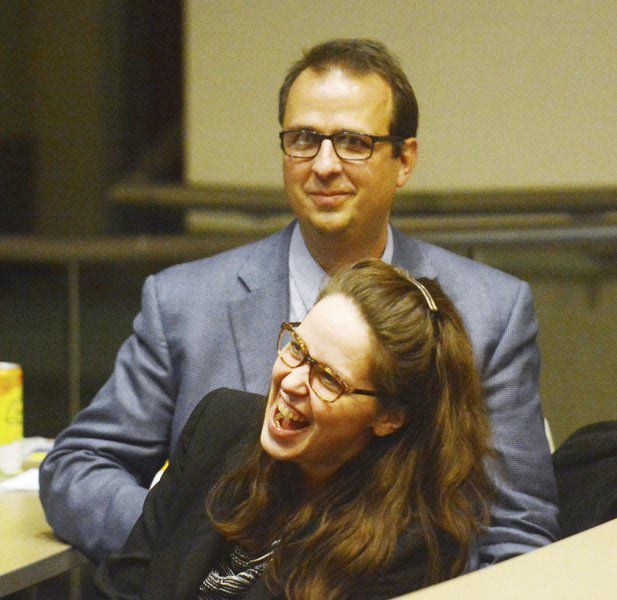 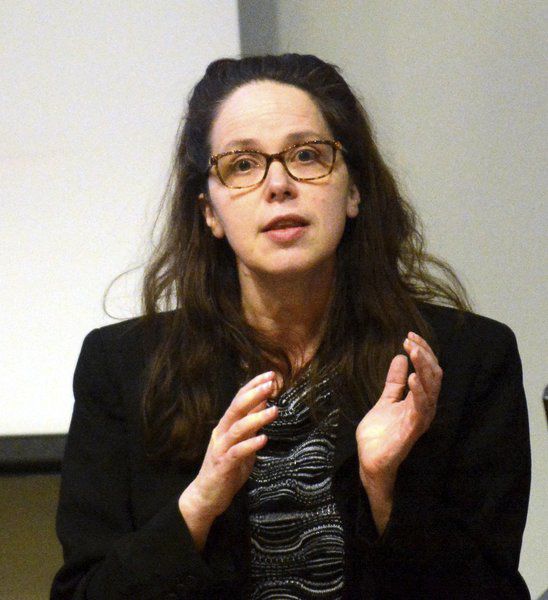 Robert Kennedy (left) shaking hands with Merle McCurdy (right). This photo was heavily damaged, and had to be restored by the staff at Kent State Ashtabula.

ASHTABULA — The story of the first African American United States Attorney for the Northern District of Ohio is now available to a wide audience, thanks to technology and hard work.

On Tuesday night, local residents told the story of the first African American United States Attorney for the Northern District of Ohio, Merle McCurdy. The presentation about McCurdy’s life was hosted by Kent State Ashtabula as part of Black History Month.

Dana discussed the importance of history.

“We have a tendency of teaching history from a white perspective,” he said.

People from this area focus on the Hubbard House and call it one of the ends of the Underground Railroad, but Dana said for the people who made the trip it was only the beginning.

McCurdy’s parents, Roy McCurdy and Evelyn McCurdy (nee Foster), were both decedents of conductors on the Underground Railroad.

His great-great grandparents, Nasa McCurdy and Levi Foster, lived in Ontario and had competing methods of helping newly free former slaves. Nasa McCurdy founded a church used as a meeting place, while Levi Foster formed a society to train people in trades.

Merle McCurdy was born in 1912 in Conneaut. He attended school at an integrated school in Conneaut’s Dean School, Dana said.

McCurdy worked on the iron ore boats that traveled back and forth between Minnesota and Conneaut for some time, working as a steward like his father and grandfather, Dana said. After the great depression hit, McCurdy was laid off and moved to Cleveland.

There he met his future wife, Rosie, where they both worked at the Hollenden Hotel. He attended law school at Western Reserve University, and joined the law firm of legendary African American attorney Norman Minor.

“(Minor) was probably the most successful attorney, white, African American, I don’t care who, in Cleveland here in the 20th century. He tried 5,000 cases as the first African American assistant Prosecutor in Cuyahoga county,” Dana said.

McCurdy’s brother Foster was accused of communist activities by the House Un-American Activities Committee. In response to the accusations, Merle McCurdy was publicly supported by Attorney General Robert Kennedy.

McCurdy took a leave of absence from his job as a United States Attorney to serve as General Counsel to the National Advisory Commission on Civil Disorders, also known as the Kerner Commission, which was created to determine the cause of racial unrest in America in the ‘60s, Dana said.

The Commission found economic disparity was at the heart of many of the nation’s racial divisions. After the Commission reached it’s conclusions, McCurdy was then appointed the nation’s first Consumer Counsel by President Lyndon Johnson. McCurdy had planned to address problems such as price fixing and income disparity, but he died before starting the job.

Dana said he compiled much of his presentation through speaking to McCurdy’s family, with many pictures accompanying the presentation from the family.

Notably, George Steinbrenner named a ship after McCurdy, and the ship was eventually scrapped partially in Ashtabula.

McCurdy’s family was pleased with Dana’s presentation, with the family befriending Dana, and saying that telling the story was “a blessing from God.”

Some of the photos were badly damaged by time and exposure, but the staff at KSUA’s library is in the business of preserving local history, Thomas said. A photo of McCurdy shaking hands with Robert Kennedy was badly damaged and Thomas’ team restored it.

Dana’s presentation is part of Kent State’s Digital Commons page, an open-source archive of information. The platform is usually used for scholarly articles, Thomas said, but she has been trying to use it in different ways, such as the McCurdy presentation.

Kent State also has a presentation on Digital Commons about Judge Florence Allen, the first woman elected to a state supreme court.