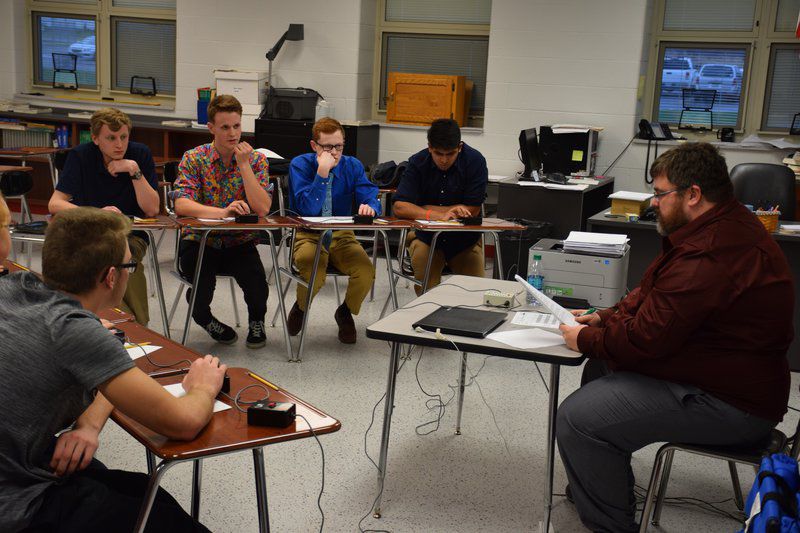 Ashtabula Quizbowl league coordinator Greg Bossick, right, runs a round of questions for competing Jefferson (fore) and Geneva (back) students during the league's final round Monday at Jefferson Area High School. 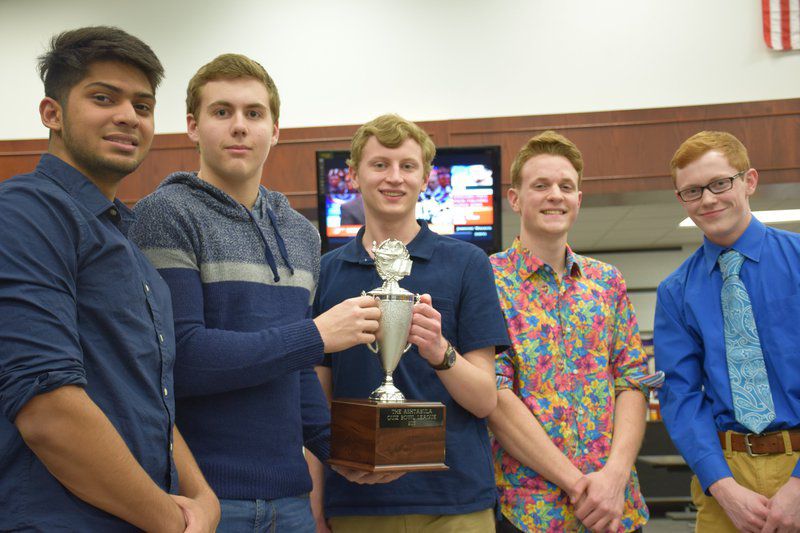 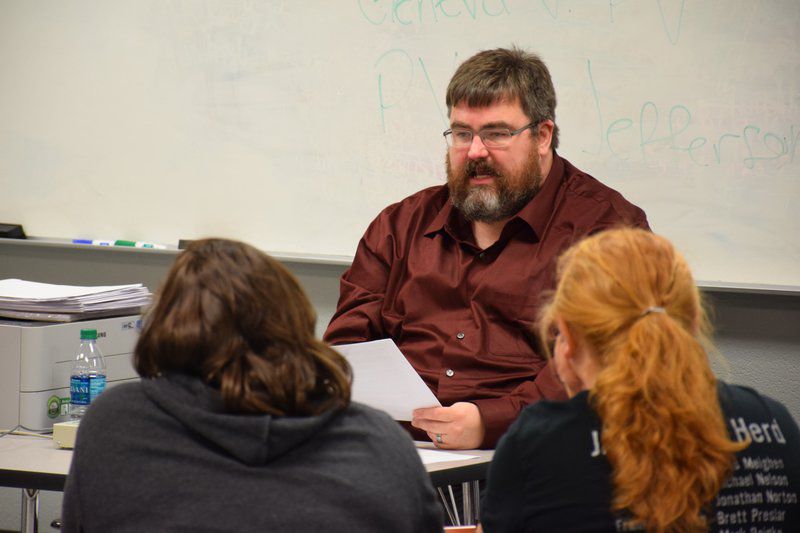 Ashtabula Quizbowl league coordinator Greg Bossick, right, runs a round of questions for competing Jefferson (fore) and Geneva (back) students during the league's final round Monday at Jefferson Area High School.

Monday’s final round of competition was the culmination of 12 rounds of round robin-style league play this season, said league coordinator Greg Bossick. Each of the league’s nine high school teams played eight games and sat out another four.

Lakeside High School was this year’s defending champion, but lost to Geneva in the first round of the season, Bossick said.

Geneva went into Monday 6-0 and comfortably won its first match against Jefferson, but faced a challenge in its second game against Pymatuning Valley, which started at 4-2 Monday.

“They were made to work for it,” Bossick said.

Pymatuning Valley worked to close an early deficit, coming within striking distance, and could have pulled the upset if the team correctly answered the final question of the round and ran away with the following bonus round.

Geneva competitor Brian Seeds said their group “very much appreciated having the opportunity” to compete. Though their team — each with their own category specialties — doesn’t get to practice much, they have fun when they do, he said.

Seeds’ teammate Liam Ramsey said they tend to soak up trivia by pursuing their own interests.

“I love reading about physics — relativity, quantum physics,” he said. “There was a question a few games ago at Grand River Academy on length contraction, which is an aspect of general relativity.

“I read that chapter in a book I was reading that day,” he said with a smile.

Seeds illustrated the triumph of knowing the correct answer when your finger is on the buzzer.

“Last week I was so happy because I finally got a question about 'The Count of Monte Cristo,' that I’d probably been waiting for for two years,” he laughed. “I kind of screamed (the answer) when it came up. I was like, ‘Yes!’”

The event is separate from next month's Scholastic Bowl, sponsored by the Ashtabula County Educational Service Center, though some students will compete in both.

Bossick’s been running similar tournaments in the Mahoning, Portage and Toledo areas for close to 15 years, he said. He runs about 12 to 15 quiz bowl tournaments each season.

This year marked his third season with Ashtabula County students.

“It’s the idea of bringing this activity to as many different schools and students as possible — that keeps me doing it."