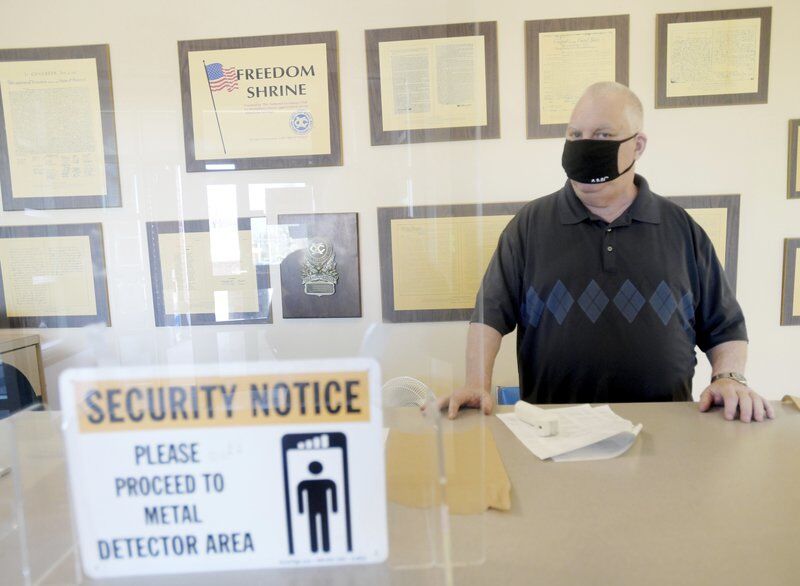 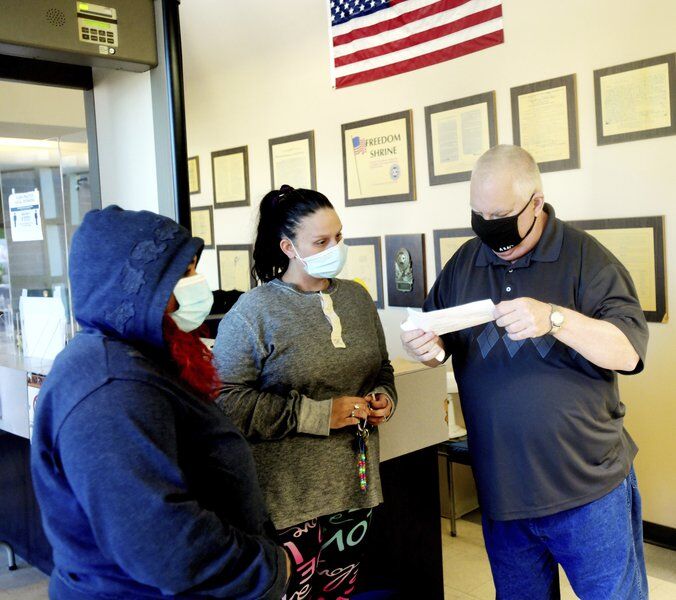 ASHTABULA — A security guard caught in the crossfire between City Council and the Municipal Court judge, says he never asked for more money.

The rub came when Judge Laura DiGiacomo asked Council to pay the court’s two security officers more money in the wake of the COVID-19 pandemic. The first request never made it out of council’s finance and personnel committee. The second was shot down for lack of a motion at the Nov. 2 meeting.

“I do my job, I love the people that I work with, and I never said, ‘I want more money,’” said Municipal Court security guard, Rick Alderman, 61, a retired police officer and an auxiliary officer for the city of Geneva. “I’m comfortable here [during pandemic]; we have plastic dividers up, we ask questions, we take temperatures and we have plenty of hand sanitizer.”

DiGiacomo’s request for the funds would’ve given the court security officers, who make a little more than $16 an hour, $2 more an hour to compensate for the added responsibilities of screening people coming into the Justice Center. The Supreme Court of Ohio mandates the court to provide security and a security searches.

The judge’s latest journal entry directs the security guards be paid stipends from the Court Security Special Projects Fund, which she controls.

“This is compensation in the amount of $2,106 total out of the Ashtabula Municipal Court’s Special Project Fund, not taxpayer dollars,” Court Administrator Tonja Amato said. “This is a one-time payment being paid in 2020 for two part-time security guards/bailiffs who do not receive any benefits. These employees are former police officers who have the specific training required to perform these duties, who are willing to work two to three days a week without benefits.”

City Finance Director Traci Welch said even though the money is coming out of the court’s special fund, the city may still have to shell out more money.

“Yes, it’s her fund, but if that fund doesn’t bring in the revenue we budget for, the amount of the fund will go into the negative,” she said. “We can’t have a negative fund. The money will have to come out of the general fund.”

As of Oct. 31, the General Fund has subsidized the court to offset its expenses over revenue by $570,700, Welch said.

Amato said the judge is following the mandate of the Ohio Supreme Court and established security protocol based on their assessment of the Justice Center. The judge is only interested in providing a safe and secure court with an X-ray machine and a security guard at the front door. There are two security guards, one works two days, the other works three days a week.

Alderman said the key to successful security is treating people with respect.

“Sometimes people give us a little gruff, but I say, ‘It’s our way or the highway,’” he said. “[Over the last year] I’ve had one guy come in with a gun, but he had a concealed carry permit. We’ve had bunches of knives, screwdrivers, hammers and everything else you can think of.”