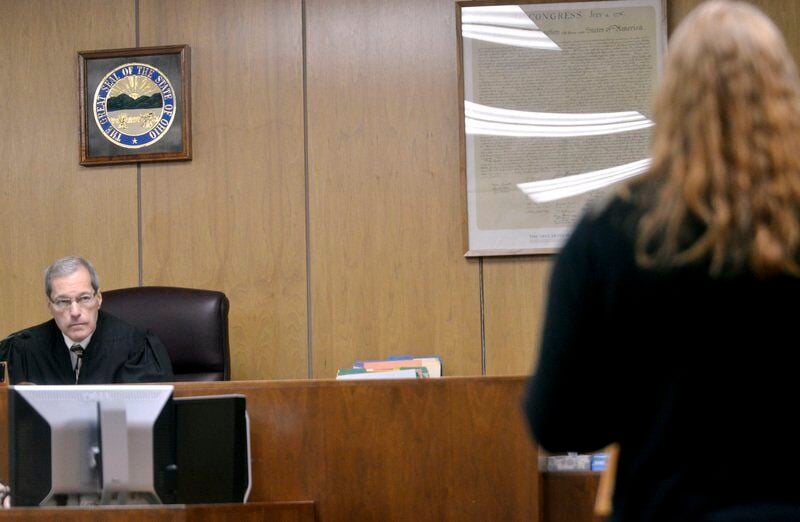 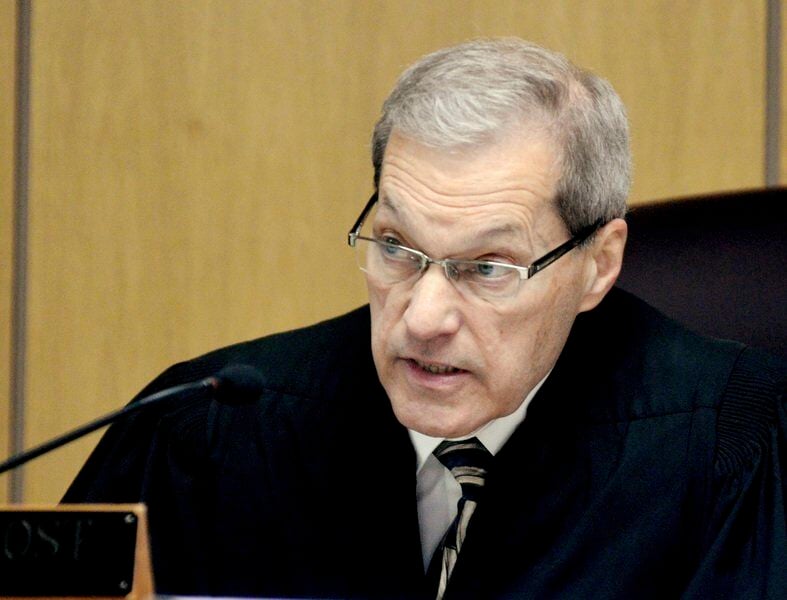 Former Ashtabula County Common Pleas Court Judge Gary L. Yost addresses a defendant during sentencing in 2018. Yost had to retire because of age limitations applied to judges in Ohio.

Former Ashtabula County Common Pleas Court Judge Gary L. Yost addresses a defendant during sentencing in 2018. Yost had to retire because of age limitations applied to judges in Ohio.

Yost was unable to run for a sixth term because of age limitations but is surprised how quickly his time as a judge passed.

“When I look back at it I don’t know where the time went. I was in 30 years,” he said of the common pleas position he first won in November of 1990.

“The last one [term] was the fastest,” he said.

The judge is thankful for the varied legal experiences he had before becoming a common pleas court judge.

“I came here right out of law school [at Case Western Reserve] in 1975 to take a job in legal aid,” Yost said of his work as a public defender. He said he then became an assistant to Ashtabula City Solicitor George Liviola in 1977 before becoming an assistant prosecutor for Ashtabula County Prosecutor John Cardinal in 1979.

Yost then moved on to become Eastern County Court Judge in 1982 where he served for eight years before moving on to common pleas court.

Some of the highlights of Yost’s work as a judge involved different points of law that made interesting cases, Yost said.

“As a judge I got to listen to arguments on both sides,” he said.

One of the most interesting cases began as a simple civil case but a nuance of the incident spiraled into a lengthy process that went all the way to the U.S. Supreme Court, Yost said. A normal two-year statute of limitations on liability for a civil case was questioned by a rarely applied Ohio law that indicated a company out of state could file after the two years.

A federal case had been filed in a similar case and a federal appellate court sided with the out of state company.

“I agreed with the federal court that the [Ohio] statute had run its course,” he said.

The law was originally in place because of communications challenges regarding filing within a two-year period for out of state residents. Yost said he felt the development of advance communications systems made the law obsolete.

He said his verdict was then taken to the Ohio 11th District Court of Appeals and eventually the Ohio Supreme Court. He said the OSC reversed his decision by a 6-1 margin.

Yost said Ashtabula County attorney William Reidel represented the defendant in the case and to his surprise the U.S. Supreme Court agreed to hear the case.

The U.S. Supreme Court eventually reversed the verdict and agreed with Yost. “I have always kind of pounded my chest,” he said with a laugh.

Another case that was unique for Ashtabula County involved a medical malpractice claim against a local doctor. Yost was early in his first term and asked other judges how to prepare jury statements for a malpractice case.

To his surprise none of the sitting, or recently retired, judges had ever had a malpractice case come to trial.

The case involved two nationally known specialists in the field. He said he prepared 18 pages of jury instructions to read to potential jurors and they both said the would like to reduce the length of the statement significantly.

Yost agreed to let them review the instructions and remove elements they felt weren’t needed and got it down to seven or eight pages.

Yost served with a series of judges during the 30 year career.

“I think there was collegiality. We all got along, but didn’t always agree,” he said.

Any disagreements were handled quietly and solved amicably,Yost said.

While the most interesting cases played out early in his career the final six years involved a commitment to leading Ashtabula County Drug Court. He said he agreed to take over the drug court when former Ashtabula County Common Pleas Court Judge Alfred Mackey was in his last year as a judge (also due to age limitations).

Yost said nothing in his education or law experience prepared him for the “social work” part of the job. He said it was fun to get to know the people trying to beat addictions and watching with excitement when they were successful.

While Yost no longer goes to work every day the fact that he is retired hasn’t completely hit him, he said.

“In a way I feel like I am still on vacation. I don’t think it has really sunk in,” Yost said.

Yost said he especially enjoys accompanying his granddaughters in various musical settings as they play the violin.