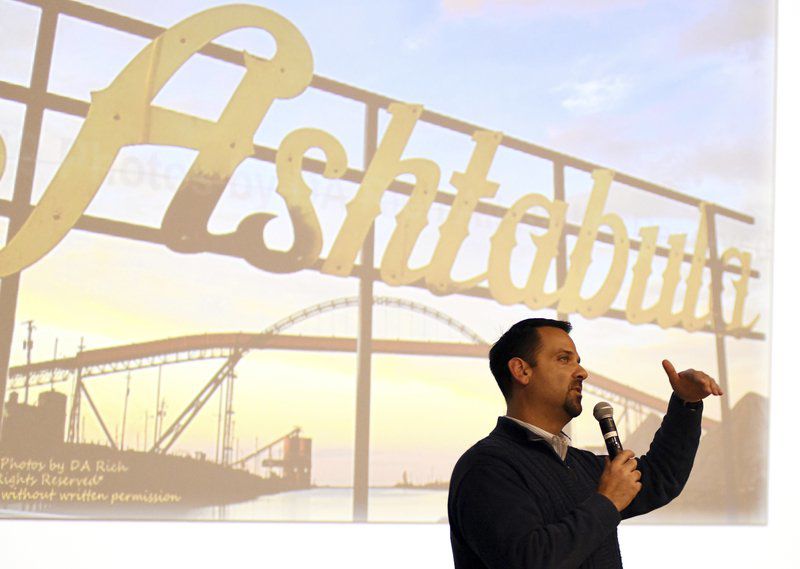 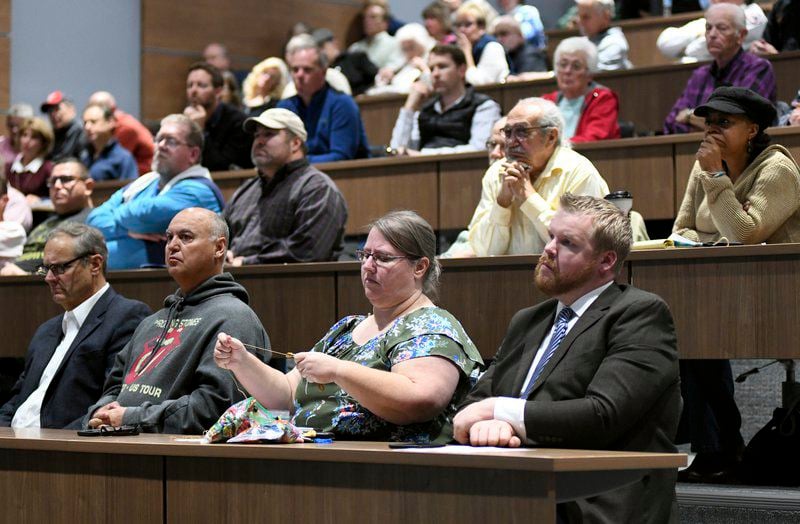 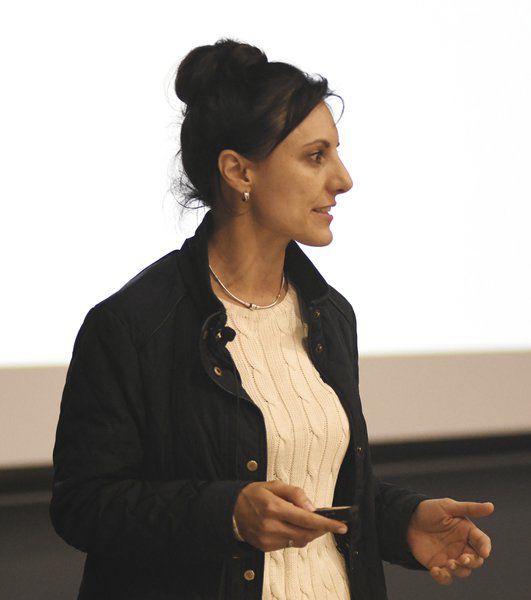 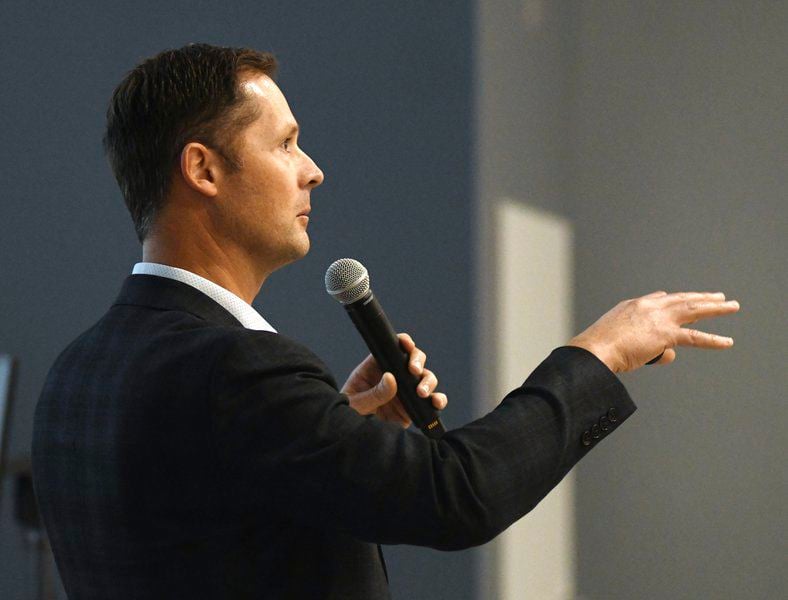 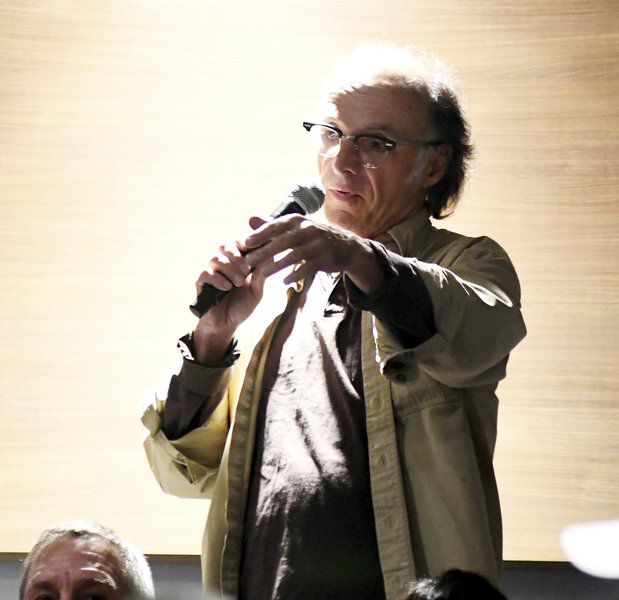 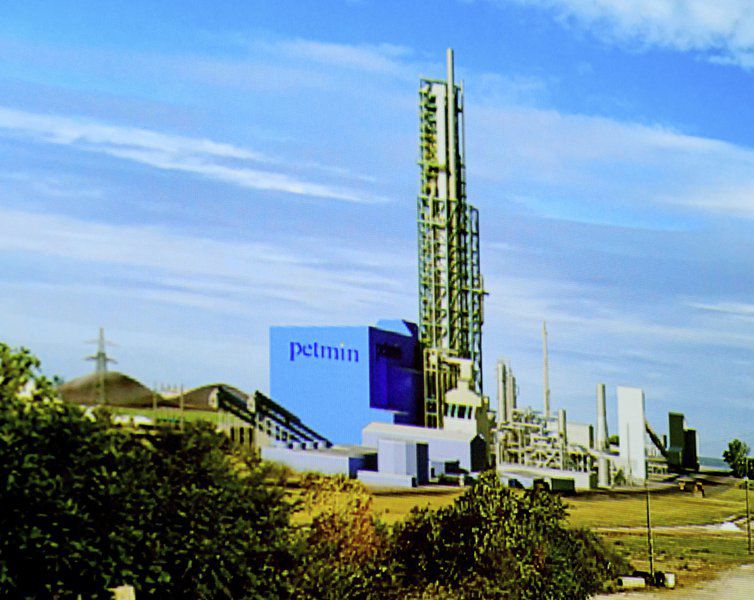 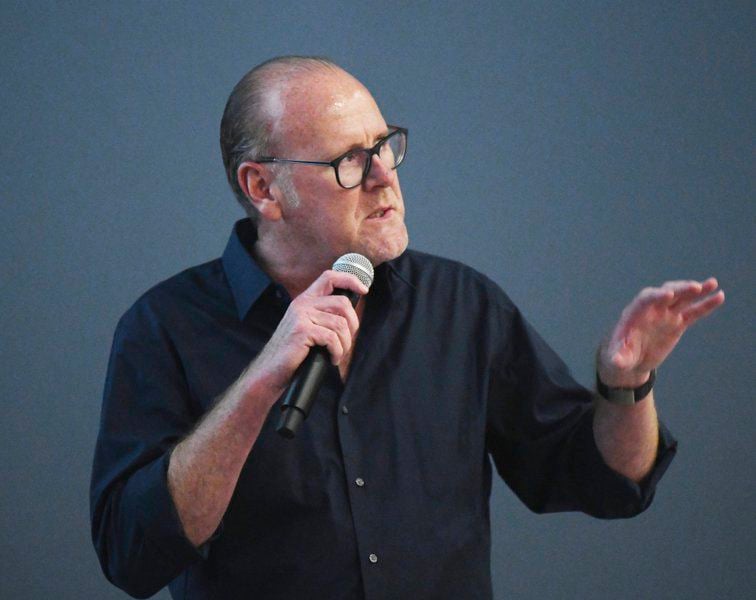 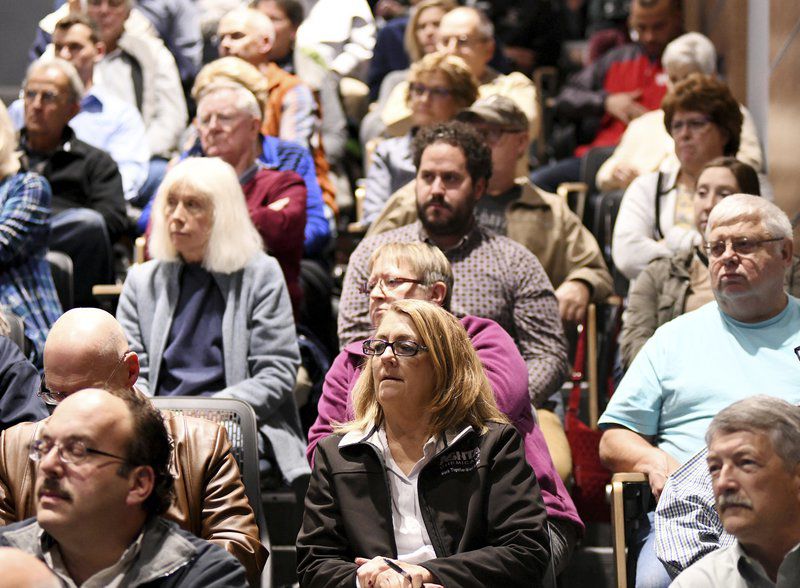 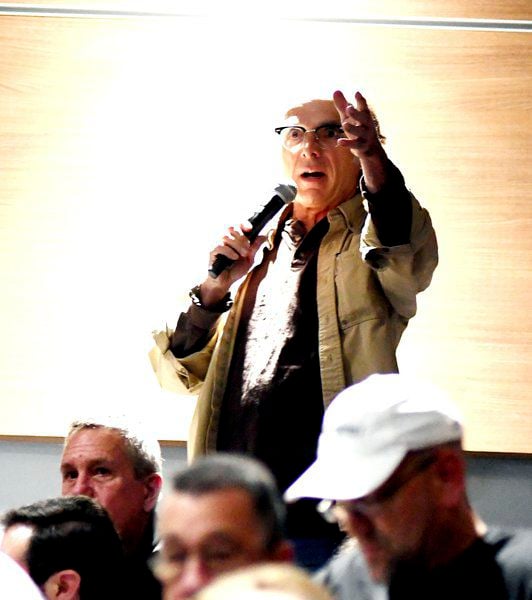 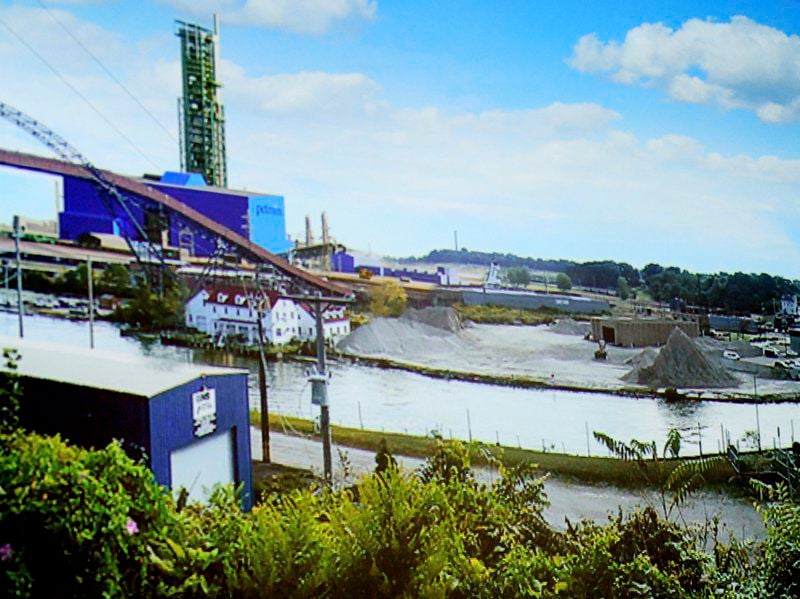 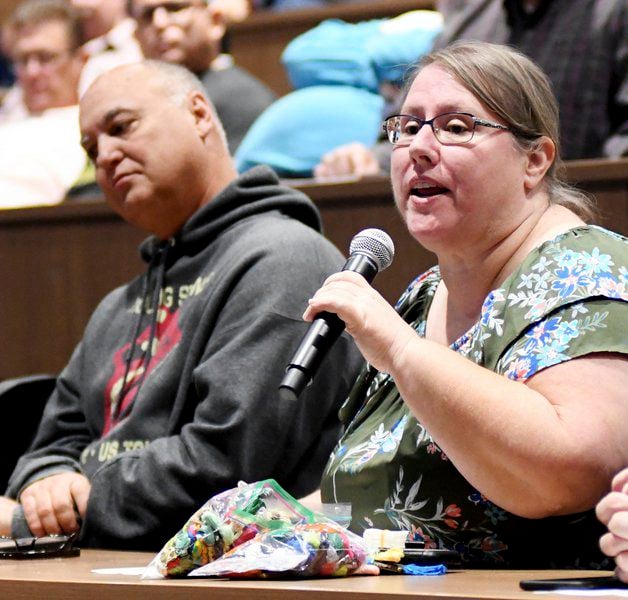 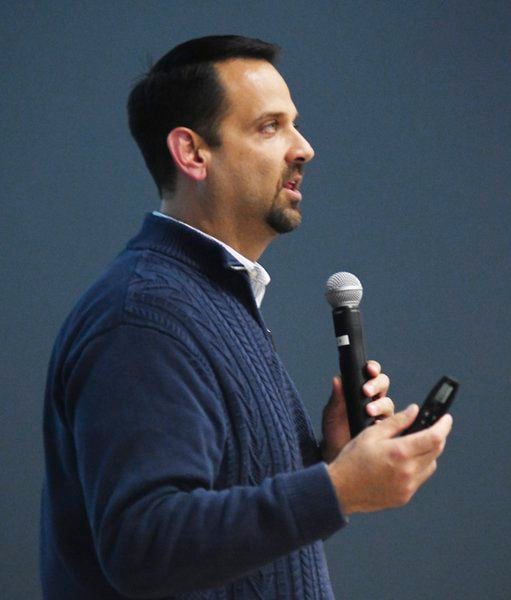 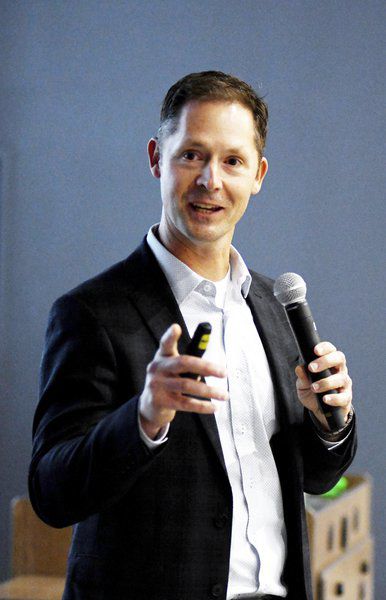 ASHTABULA — There was talk of jobs and the environment during a town hall meeting with city and Petmin officials Tuesday at Kent State Ashtabula.

Petmin USA, a South African company, plans to build a $474 million pig iron plant, the first of its kind in the United States, in the Ashtabula harbor. The plant, which will ultimately employ 110 people, will occupy around 30 acres of land which Petmin is in the process of purchasing at the Pinney Dock Terminal.

The pre-construction phase of the project is complete and construction, which will take two years and require around 650 workers, is expected to begin in June of 2020.

Brad Doig, Petmin USA president and CEO, said the company has invested $50 million in the project to date. Fifteen sites across the United States and Canada were evaluated over a six-year period before the company decided on Ashtabula, Doig said.

Most of Petmin’s customers are in the Great Lakes region and the product will be shipped to Chicago and distributed from there, Doig said. Doig said he believes the company will be able to have an impact on the market for pig iron in the United States since all pig iron in this country is currently imported from Brazil, Russia and Ukraine.

“The pig iron [in the United States], 100 percent of it is imported, primarily from Brazil,” Doig said.

Pig iron is produced from iron ore in a process that requires natural gas, oxygen, nitrogen and water. The final product, which is used in metal casting industries, will primarily be shipped out of the plant on boats via Lake Erie, Doig said. The company expects to produce around 425,000 tons of the product annually, he said.

Jim Timonere, Ashtabula city manager, said he first heard of the project a decade ago as the president of the Chamber of Commerce. At the time the city had no way  supply the natural gas the company needed, Timonere said.

That all changed with the Risberg pipeline coming through the area, Timonere said. It took a decade to get to this point in the project with the assistance of numerous officials at the local and state levels, Timonere said.

“We never lost sight for the need for infrastructure in this county,” Timonere said. “For those 10 years we went out and chased that gas.”

Those in attendance weren’t all singing the praises of industry, and many reflected on a time in the 1960s and 1970s when the Ashtabula River was extremely polluted. Some questioned whether officials were trading jobs for health and they asked about cancer rates in the county, which they believe are tied to industrial pollution from those times.

Petmin USA has received all required permitting through both state and federal EPA, officials said.

“What we have to remember is that a lot of the damage that was done to this community in the 50s, 60s and 70s was pre-EPA and pre-regulations that we now have in place,” Timonere said.

Water discharged at the plant will not go directly into Lake Erie, and it will be treated twice. Petmin USA will build its own wastewater treatment plant on the site and that water will then be sent to the city’s wastewater plant for further processing before it is put back into the lake, Timonere said.

Not only will treatment occur and be monitored twice, but the city will generate revenue from the water that is sent to its wastewater plant, Timonere said.

Yet questions were still asked by those who feel local officials are not looking at the bigger picture.

Sarah Brower, an Ashtabula resident, said based on information that is on the Petmin USA website, the plant will use more natural gas in a day than all of the residents in the county use combined. Brower also questioned whether the gas supplying the plant is tied to any toxic fracking processes taken from shale deposits.

Fracking waste is coming back to Ohio and injected into a number of active injection wells in Ashtabula County, Brower said.

“That puts our farmland and natural resources at risk here in this county,” Brower said. “So when we look at the project we have to consider not just the environmental impacts that come out of the plant itself, but the cumulative impact of fracking, injection wells and the transport of those materials.”

Palmira Farinha, Petmin USA chief operating officer, said the company is committed to operating in an environmentally friendly process. Those present said any question of where the natural gas comes from is better asked of natural gas suppliers.

“We want a long-term, sustainable, environmentally conscious plant that we can all be proud of,” she said.

While the plant will create hundreds of construction jobs over a two-year period, and 110 permanent jobs, it will also have a more than $6 million payroll which will contribute to local coffers.

Greg Myers, executive director of Ashtabula County Growth Partnership, said all of these jobs will have a direct impact on the county as a whole.

Workers will spend in the economy on things like housing, food and healthcare, Myers said. It is estimated that around $27 million in construction payroll will be generated in the county. That translates to around $9 million in spending in the county, he said.

Petmin USA is the type of project and jobs that the area needs as a base to stimulate the economy, Myers said.

Bill Romanko, an Andover resident who works in Ashtabula, said people need to think about what the area would look like if companies like Petmin USA aren’t willing to invest. Officials present said had the gas pipeline not come through some existing companies had contemplated leaving the city.

“What is our city going to look like if Petmin doesn’t come here and we don’t have natural gas and we start losing business and people start being unemployed?” Romanko said. “What’s Ashtabula going to look like? What quality of life will the residents have when they don’t have an income?”