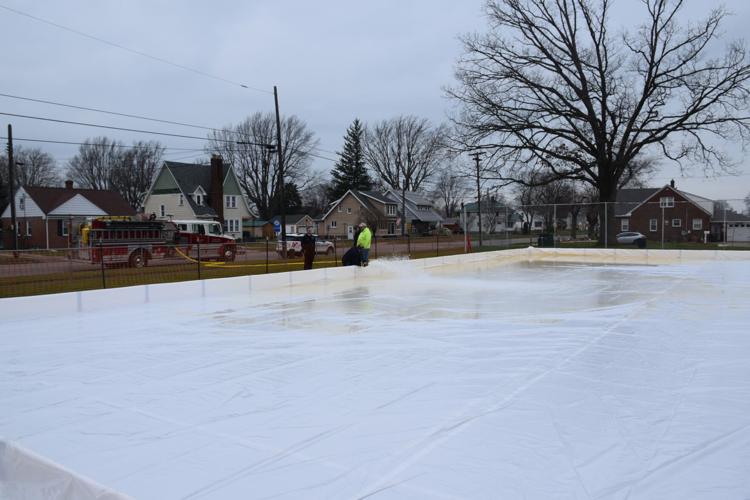 A new ice skating rink was installed at Dean Avenue Park on Thursday. 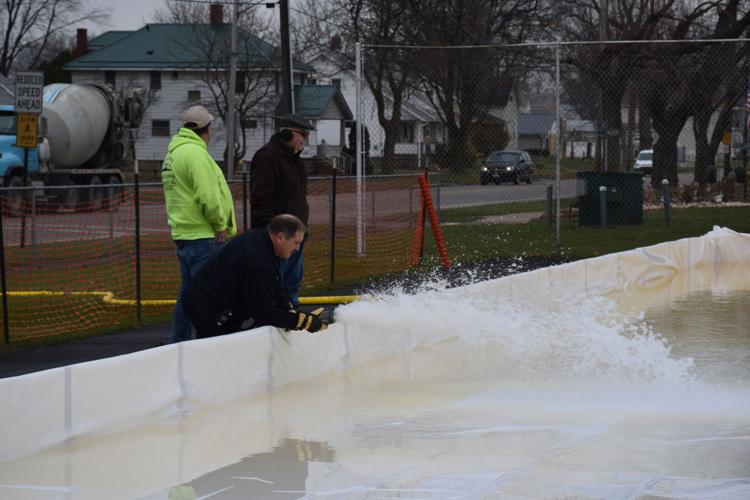 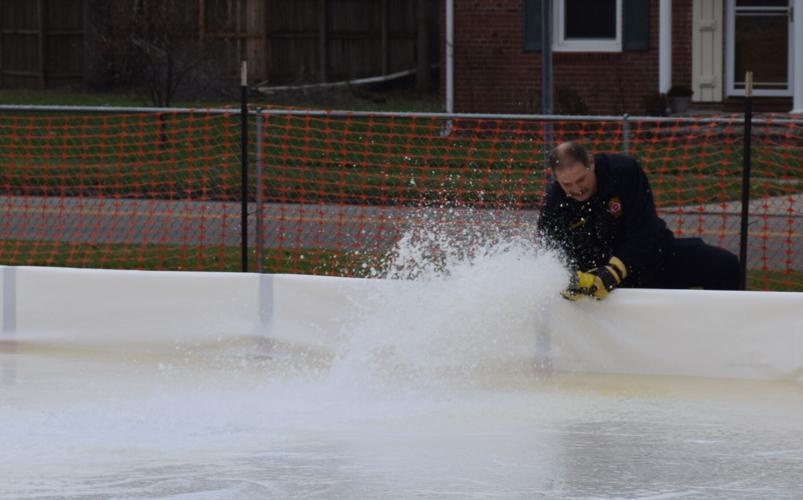 A new ice skating rink was installed at Dean Avenue Park on Thursday.

CONNEAUT — There will be one more outdoor activity for families this winter, after the Conneaut Port Authority installed an ice rink at Dean Avenue Park on Thursday morning.

Port Authority Board Chairman George Peterson said they took delivery of the rink the week after Thanksgiving.

As temperatures drop, the water in the rink will freeze.

“This is a start,” Peterson said. “We can expand on this.”

The rink was place on top of the pickleball courts at the park. The Port Authority took over management of the park from the city earlier this year.

“It’ll stay up until spring, until it thaws, and we drain it, take it down, and put it away for the summer,” Peterson said.

In the past, the city used to have a pair of skating rinks during the winter, one at Liberty Street Park and one at Lakeview Park.

“It was very well attended,” Peterson said. “Also, there was a period of time where some of the local residents were going to council and asking them to do that again.”

After the Port Authority took over control of Dean Avenue Park, they reached out to their insurance company to make sure there were no issues, which was the case, he said.

“We’ve gotten all kinds of positive comments on this,” Peterson said. “Lots of them.”

The Conneaut Fire Department assisted with filling the rink with water. Board Member Bill Kline said the rink was filled at about 2 p.m..

Setting up the rink took approximately two hours. It has a modular design, Peterson said.

“This is easily expandable,” he said. To make a larger rink, the Port Authority would need to purchase more wall sections and a larger liner, he said.

The Port Authority currently plans to leave a small area of the courts clear of the rink no matter what, to give people room to put on and take off their skates, as well as give them some room to rest, he said.

“We want to see if there’s anybody that wants to set up things like hot chocolate and popcorn or something like that,” Peterson said.

He asked the public to be respectful and keep away from the rink until the surface has frozen solid.