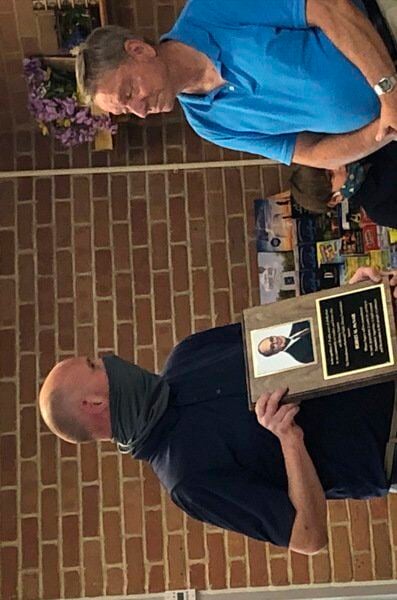 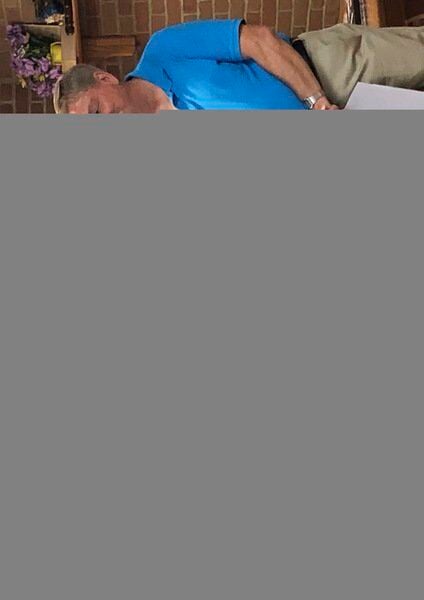 The special service honored their years of dedication and service to the Henderson Memorial Library and the community of Jefferson.

“The foundation wanted to recognize the long years of dedicated service and vision these men brought to this community and to the Henderson Library, helping to bring it forward and preserving its legacy for future generations,” said Bev Follin, library director.

The foundation gifted three trees to the library this spring — an Appalachian red bud, a flowering dogwood and a red buckeye tree. The trees were planted as a tribute to both men, honoring their legacy to the library, along with recognition plaques to be displayed in the library. Individual plaques were also presented to the families of Lampson and McNair.

Lampson was a founding member and past president of the Henderson Foundation and had served on the foundation board for more than 46 years. He retired in April 2019. Accepting the service award for Lampson was his son Jeff Lampson and daughter-in-law Susan. John Lampson and his wife live in Florida.

McNair had served as supervisor and legal counsel for the Henderson Foundation for more than 36 years. He retired from the foundation in October 2019.

Accepting his service award was his son Rob McNair, along with his wife Angela, and sons Owen and Izak. McNair died in November of 2020 and is fondly remembered by the library and its foundation members. His wife Nancy is a resident of Jefferson.