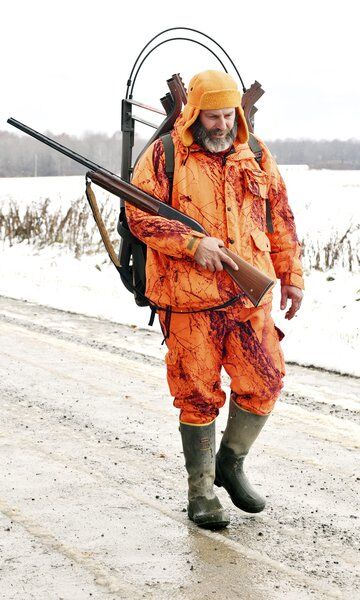 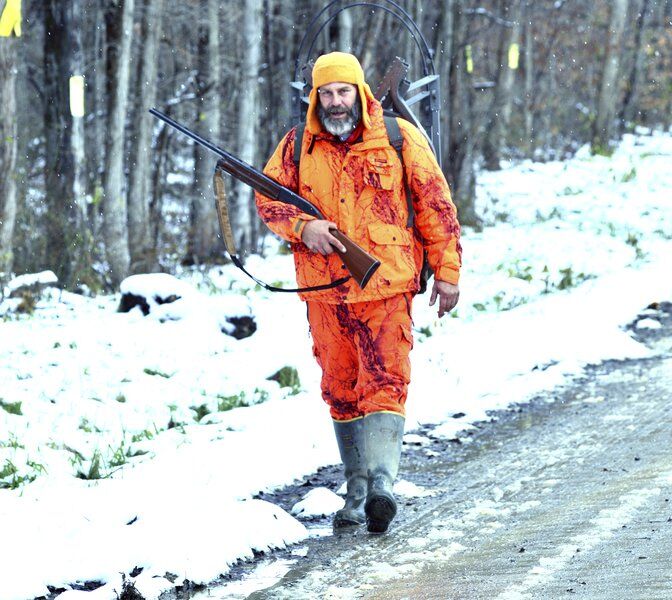 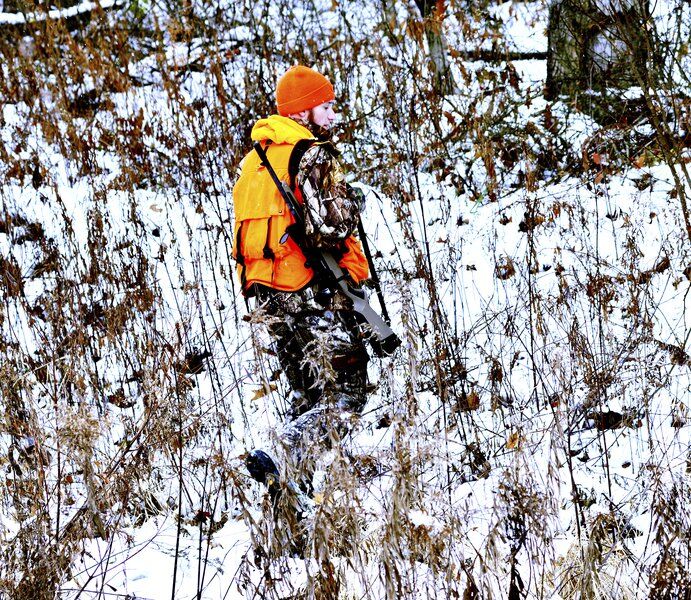 Lester Miller of Middlefield Township returns to the woods at the New Lyme Wildlife area in New Lyme Township on Monday aternoon.

Lester Miller of Middlefield Township returns to the woods at the New Lyme Wildlife area in New Lyme Township on Monday aternoon.

“We started out here at 6:30 in the morning,” said Marty Miller, of Middlefield Township, while take a lunch break at New Lyme Wildlife Area in New Lyme Township. He said he was sitting in a middle of a swamp providing a good area to view potential deer roaming the area.

Miller said he was watching an area he had chosen and turned to find a deer standing three or four feet away which was far too close .

Lester Miller, also of Middlefield Township, also left the woods in the New Lyme Wildlife Area a short time later saying he hadn’t seen any deer. Within seconds of his declaration four loud shots were heard in the area followed by what sounded like a scream of excitement.

“This is our first time out here,” Lester Miller said before going back into the woods to see what had transpired.

Dean McCallister, of Cherry Valley, said he and his son arrived at a wooded area along Mann Road in Cherry Valley Township around 6 a.m. Monday. Just after noon he retrieved new equipment to improve his chances of getting a deer after having an up close and personal experience with another animal too close to shoot.

“I got a different stand so I can get higher into the tree,” he said.

Ashtabula County Game Warden Jason Warren said the weather — chilly with snow on the ground — was excellent for the first day of deer gun season, but he estimated hunter traffic was down slightly this year. He said the amount of hunters has been decreasing yearly, but there were still a good amount of hunters in the woods on Monday with some finding success.

“I don’t think we could ask for much better weather,” Warren said.

He said it wasn’t too cold but there was enough snow to allow hunters to track deer and help visibility.

In Pierpont Township, where more snow had fallen than in most parts of the county, hunters faced challenges of snow gathering on branches which reduced visibility, Warren said.

Warren said another reason behind the decrease in hunters during gun season is success in the archery season. He said about half of the deer harvested last year came from the deer gun season.

Warren said hunters then don’t have to take a day off work to start deer gun season because if they got a deer earlier in the season. He said the youth gun weekend has also been successful for young hunters.

Warren said participation is anticipated to grow next weekend.

He said the first-day deer harvest are expected later this afternoon with full totals available on Monday, Dec. 6.

John Simcsik, 89, of Ashtabula, passed away peacefully at home surrounded by family on Sunday, January 16, 2022. Funeral arrangements are pending and will be announced by the Ducro Funeral Services, 4524 Elm Ave., Ashtabula. www.ducro.com.