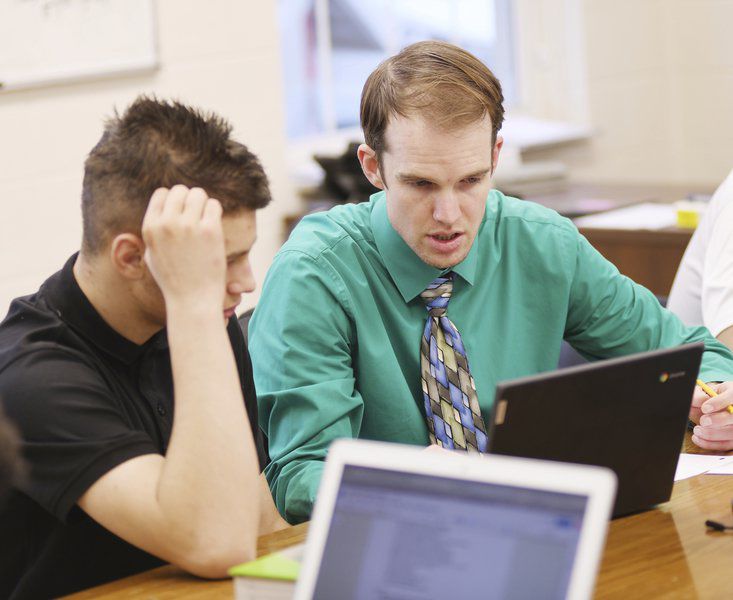 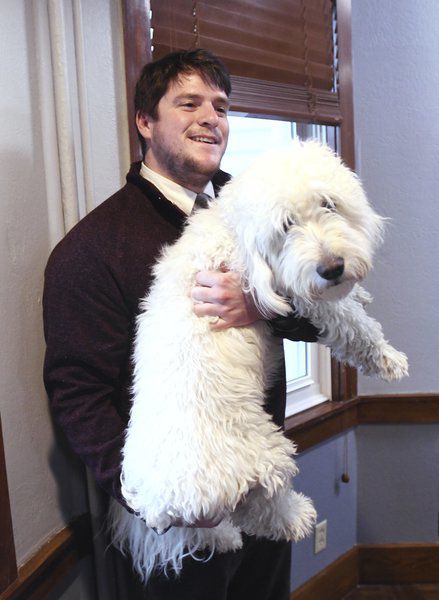 Grand River Academy’s Austin Farber, who wears many hats at the school, holds his dog Wally in one of the school’s dormitories. 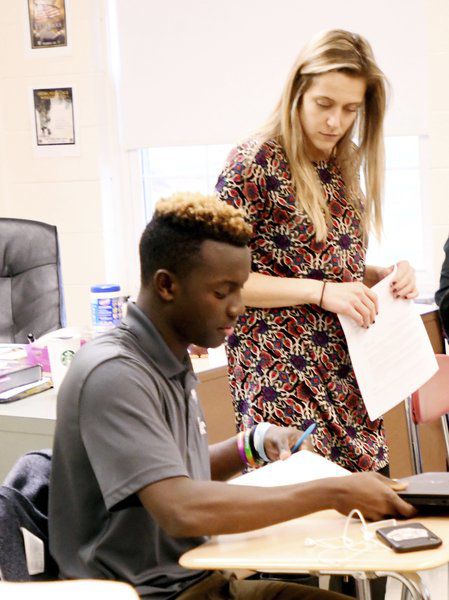 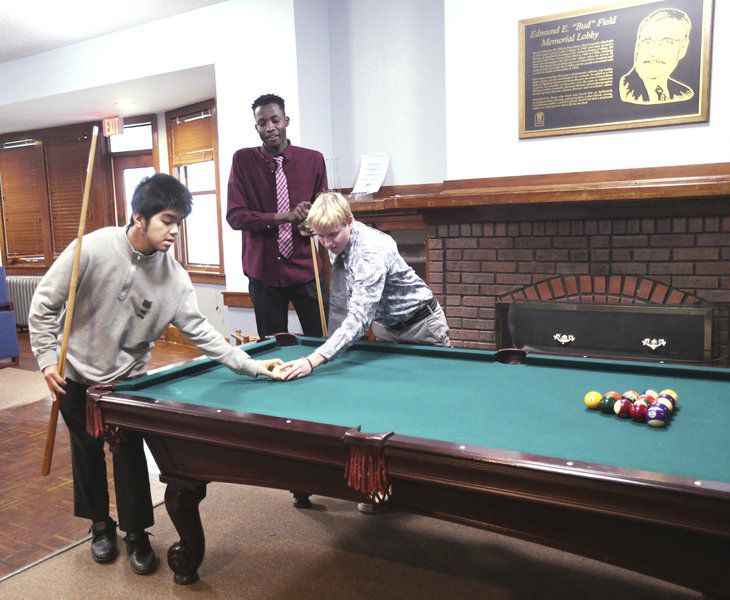 Grand River Academy’s Yoshi Otani of Japan, left, K.J. Odour of Kenya, center, and Duke Levenberg of Columbus play pool in one of the dormitories. 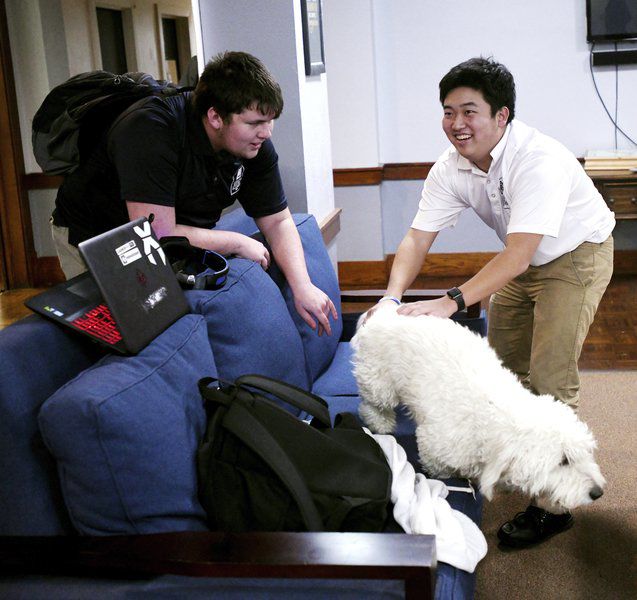 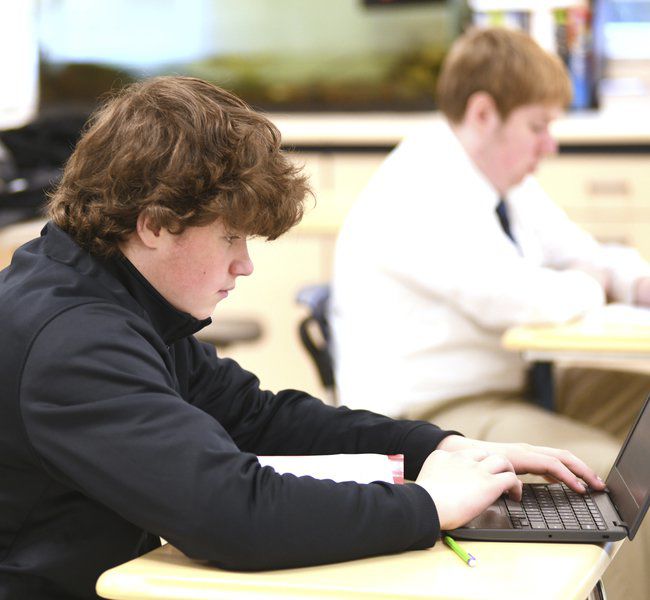 Students Jake Arnold, of Colorado, and Josh Baldwin, of New York, work on a test.

Grand River Academy’s Austin Farber, who wears many hats at the school, holds his dog Wally in one of the school’s dormitories.

Grand River Academy’s Yoshi Otani of Japan, left, K.J. Odour of Kenya, center, and Duke Levenberg of Columbus play pool in one of the dormitories.

Students Jake Arnold, of Colorado, and Josh Baldwin, of New York, work on a test.

AUSTINBURG TOWNSHIP — A school designed to teach agriculture to northeastern Ohio students has changed many times over the past 188 years, but is still educating young men that come to the school from all over the world and down the street.

Grand River Academy was started in 1831 as an agriculture college so area prospective students wouldn’t have to go back to New England, said Austin Farber who is marketing director for the school.

Over the years, the school became a bastion of male education with students coming from all over the country; and eventually the world, Farber said.

“This will be our 188th graduating class,” he said.

“We have a lot of diversity,” Farber said of the student body of high school age students. He said students come from 14 countries and 13 states, but have also put an emphasis on adding local students.

“We do a lot of project-based learning,” Farber said. He said last year a group of students were assigned a project to try and find ways to solve the problem of slavery without the Civil War.

Farber said research indicates boys tend to learn better if they move around and take breaks. He said the school also tries to take input from the students on what they may be interested in studying.

Projects are assigned so students can bring the information to life through presentations.

“We have our largest day population [in years],” Farber said. He said students from Geneva, Jefferson and Ashtabula are attending the school and and open house for potential local students is being held from 1 to 4 p.m. on April 25.

The foreign students are often drawn to the school because of its record in college placement. Farber said the goal is to get into American colleges and universities and that is easier to do from a school in the United States.

“We have 100-percent college placement,” he said.

Farber said the school has also been for students who need more instruction with smaller classes than most traditional schools.

“We have a good team that is addressing it [enrollment],” said Tim Oditt, whose title is head of school. He said the school’s rate of 30 percent foreign students is about what they want.

“We don’t want to lose our focus [on American students],” Oditt said.

The school has been expanding its athletic program during the last several years and has two basketball players being recruited by NCAA Division I college programs and several soccer players are planning to play in college next year.

Farber wears several hats at the school and lives in one of the school’s dorms with his dog Wally.

Colin Tang, of Solon, has spent five years at the school, starting with an experimental eighth grade year, and said the liberal arts education has influenced him to follow a similar pattern in college.

“It has worked so far. Why change now?” he said.