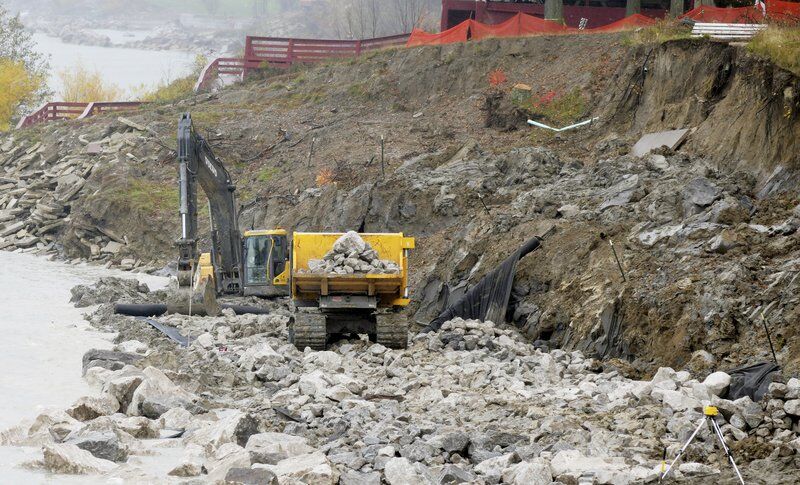 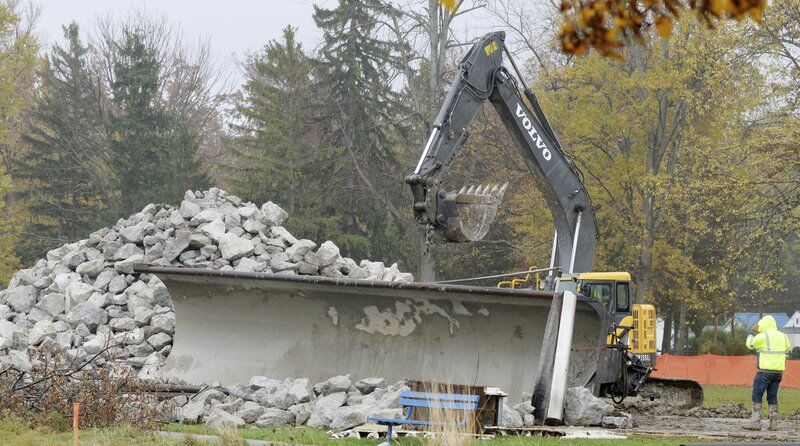 GENEVA-ON-THE-LAKE — Work is ongoing on a project that will protect Geneva Township Park from erosion.

Near the end of September, the Geneva-on-the-Lake Village Council passed a pair of ordinances to move forward with erosion protection measures for Geneva Township Park and the intersection of Park Drive and Old Lake Road.

The project is expected to cost just over $1 million, including design costs, project management and the cost of construction, according to documents from the village.

Work has been underway for about eight days, said Village Administrator Jeremy Schaffer. The project is still in its early stages right now.

“They made marks where the revetment is going to go,” Schaffer said. “They started putting the larger stone down over the hill and placing it, but ... we’re still at the very early stages. It’s starting to shape up, but it kind of looks like a big mess at this point.”

Schaffer said the hope is to have the basic protection in place before the weather turns bad.

“We’ll continue to work as long as we can, for sure, to try to get it to some kind of completion, but the main goal at this point is to get all of the protection in so we don’t lose any more ground to erosion this winter,” he said.

The project will protect the shoreline from the intersection of Old Lake Road and Park Drive to near the pavilion in Geneva Township Park.

Mark Haynes Construction was the lowest of three bidders who sought the contract.

The park district will pay for 75 percent of the cost of the project, and the village will pay for the remaining 25 percent, according to an agreement between the two entities.

Village and park officials sounded the alarm near the beginning of this year, when high lake levels and a lack of ice buildup was causing rapid erosion at Geneva Township Park and near the intersection directly adjacent to the park.

An emergency meeting was held in February to discuss how to respond to the erosion.

Voters passed a 1.25-mill, five-year levy for Geneva Township Park earlier this year, which will help pay for the erosion protection.

The village also received a $400,000 grant from the Ohio Public Works Commission to help pay for the project.

Once the project is finished, there will be a slope down toward the revetment, Schaffer said.