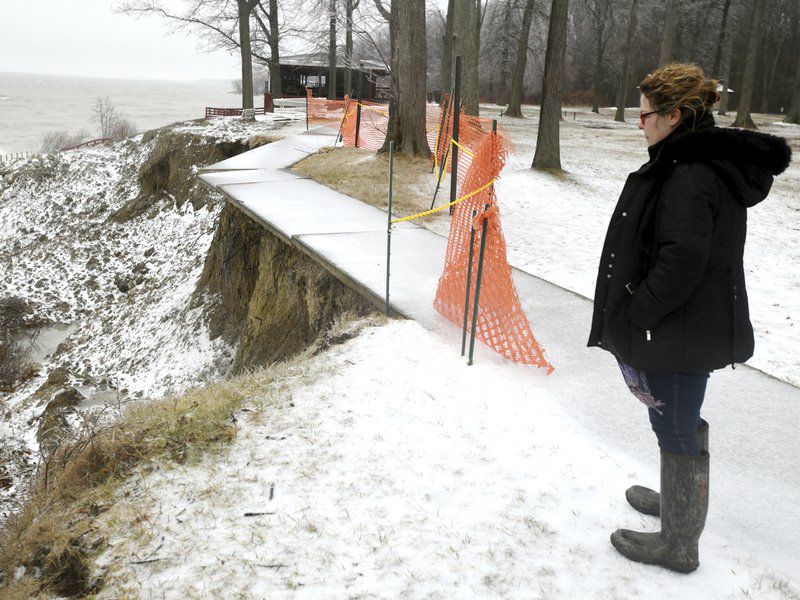 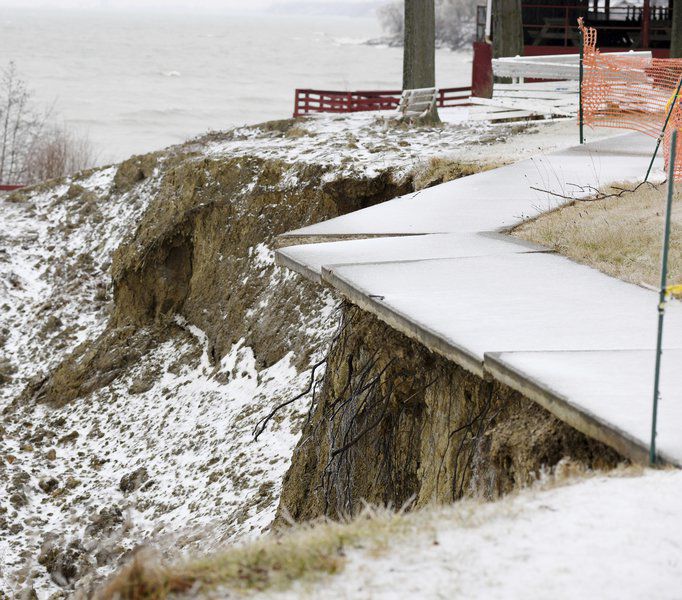 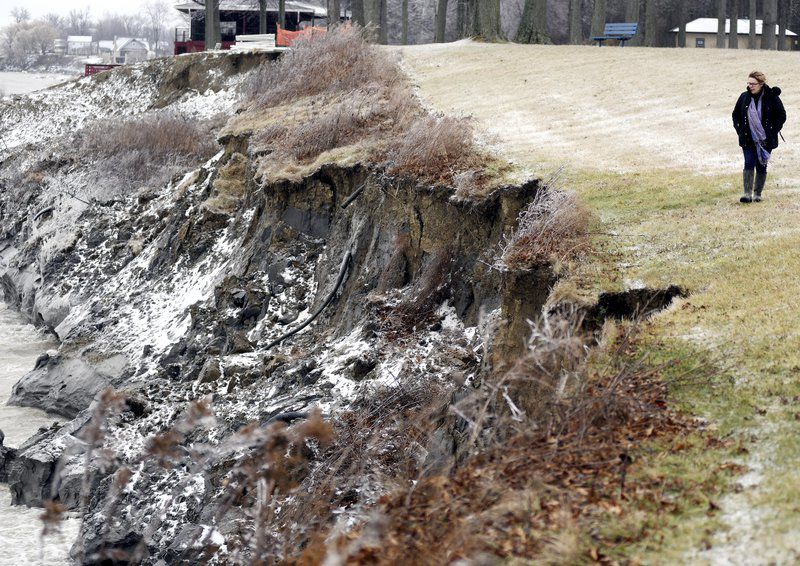 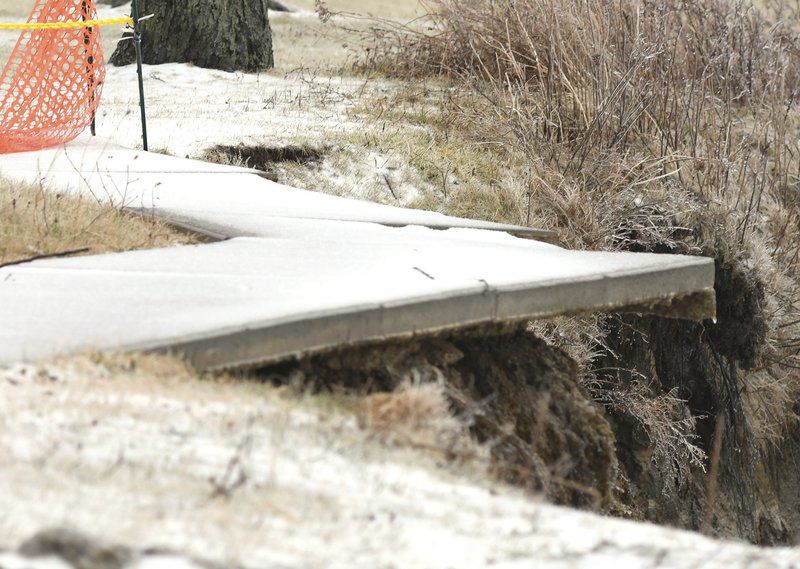 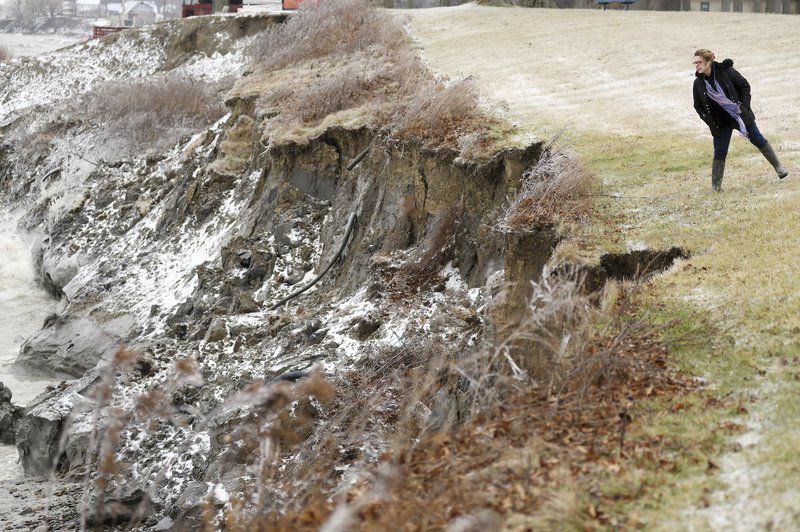 GENEVA-ON-THE-LAKE — Village and park officials were alerted Thursday morning to significant erosion damage to the park.

A sidewalk near the shore of Lake Erie has been undercut completely and a portion of land near the western edge of the park fell into the lake.

The section of sidewalk that has been undercut will be removed this week, said Amanda Briggs, a park trustee.

When Village Administrator Jeremy Schaffer started at Geneva-on-the-Lake in early 2019, the village estimated the price of protecting the park from erosion at $733,000, he said. By June, that price had gone up to just over $1 million. Then, in January, the price was up to $1.3 million.

There isn’t a price for the new repairs as of yet.

“I think our concerns now are getting to be, one, it’s major for tourism for the village having the park. We wanted to make it better with the revitalization of the beach, but now we’re back to ‘how do we just keep the park?’ Our other concern is the road,” Schaffer said.

The intersection of Old Lake Road and Park Drive sits next to the park, not far from where the land eroded on Thursday.

The park’s administration is seeking a five-year, 1.25-mill levy in March, Briggs said. The money from the levy would go to pay for repairs to the shoreline. Briggs stressed the need for the money.

“It won’t be huge for the individual, but it’s huge for us,” she said.

The levy, if it were to pass, would start collecting in 2021, according to Board of Elections records.

The erosion comes as communities around Lake Erie are coping with high lake levels. Lake Erie is currently 35 inches above the average level for this time of year, according to the Army Corps of Engineers’ most recent data.

“It’s an issue we’ve been faced with for a long time,” Mayor Dwayne Bennett said.

The village has reached out to elected officials at the state and federal levels to see if funding help is available, he said.

“We do have a Save the Park committee started to try to bring attention to this. We’ll have a website up soon, a GoFundMe started for it too if we can,” Briggs said.