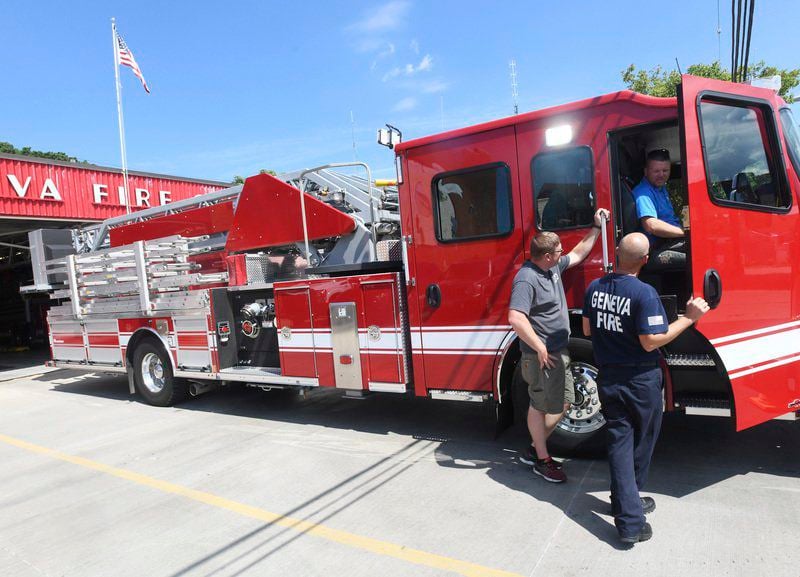 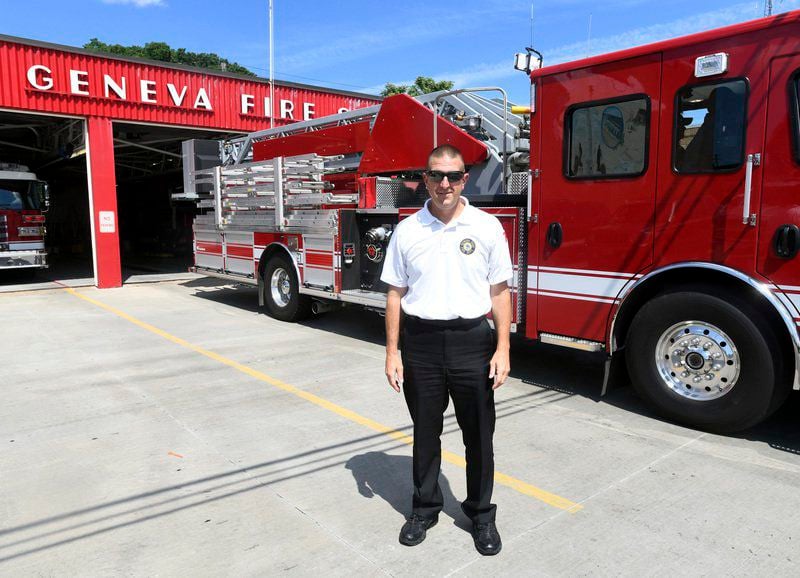 GENEVA — The first new fire truck in a generation has been delivered to the Geneva Fire Department, said Chief Dale Arkenburg.

Arkenburg said the city has been purchasing used trucks for a long time and ends up having to put them out-of-service for long periods of time for repair. He said finding parts is also a problem for trucks from the early 1990s.

He said it was a truck to be used for five to eight years and they have gotten nine years out of it.

The truck cost $830,000 and is expected to last a long time and be more financially efficient, Arkenburg said.

“This is going to be a 20-year plus piece of equipment,” he said.

Arkenburg said the new truck has a computer system that allows the ladder to be operated from as far as 100 yards away by remote control. He said the computer also will not allow the legs to be placed in positions that would make it possible for the truck to tip over.

The department, with some internal discussion, decided to go with a 75-foot truck instead of the 100-foot truck because it was more nimble and efficient.

The truck also has a high pump capacity that adds to the department’s arsenal. He said there are also less maintenance costs to the truck because of fewer tires.

Arkenburg said community members come by to check out the vehicle regularly.

“There have been a lot of people out here looking at it,” he said.

Arkenburg said fire department members have been learning how to use the truck and testing it on the road and at the fire training facility on Austin Road. He said Lt. Matt Parks has been working with the communications company to prepare the truck for use.

Arkenburg hopes to have the truck operational by the first week of July.