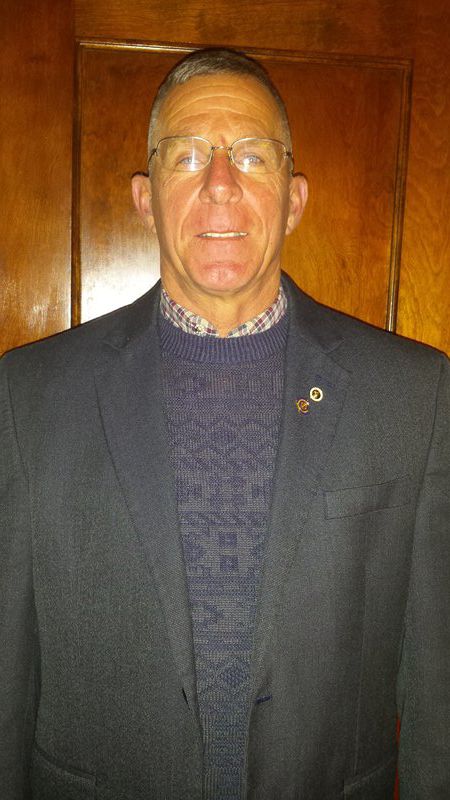 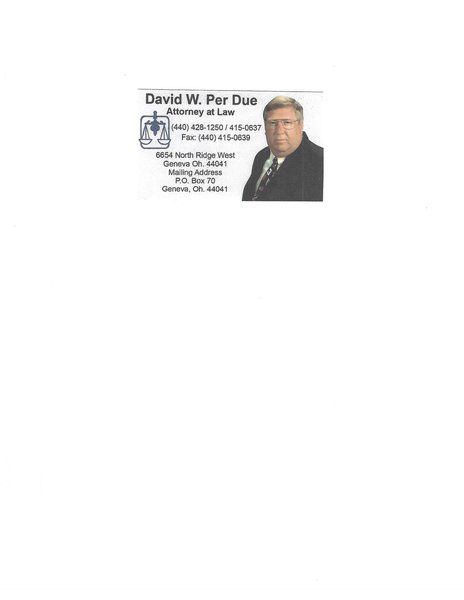 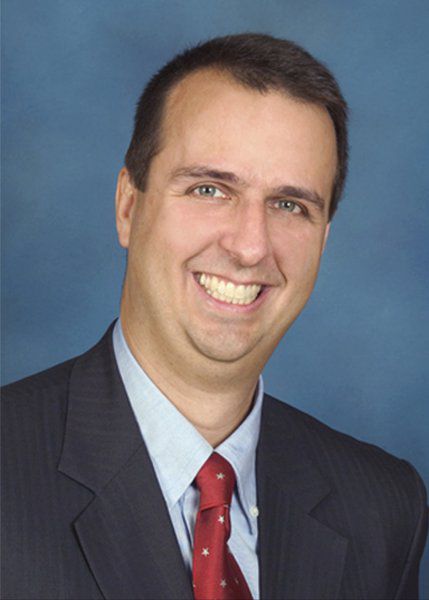 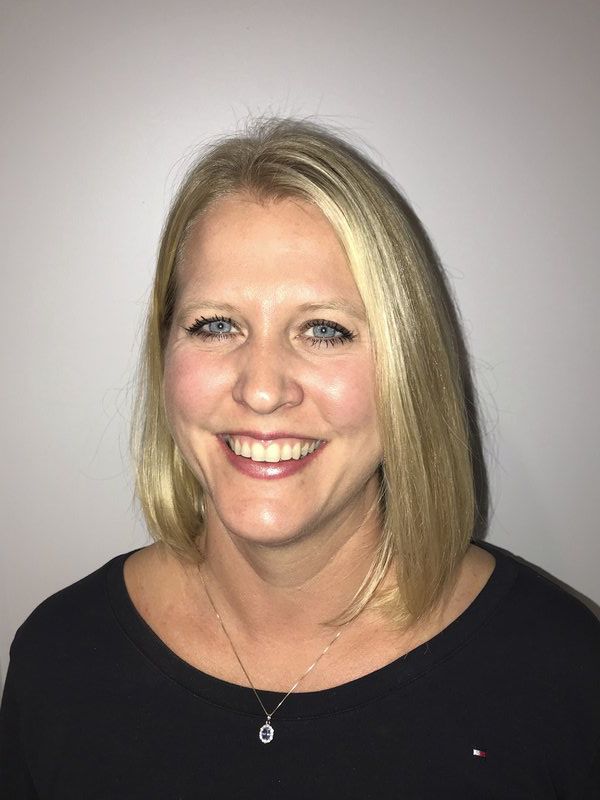 A pair of newcomers are taking on a pair of incumbents as four candidates vie for three seats on Geneva Area City Schools Board of Education.

Richard Dana, David PerDue, Richard Arndt and Jamie Ortiz are running for two-year terms, with Dana and Arndt being the incumbents. Both PerDue and Ortiz are seeking the position for the first time.

Dana has been a member of the Geneva Area City School Board of Education for four years.

Dana said the most important issue facing the school district is funding.

“Geneva Area City Schools produces an excellent education,” he said. “We are frequently recognized as medalists in U.S. News and World Report’s ‘Best Schools in the Nation.’ All of this has been done despite deep funding cuts from the state.”

He said he supports the district’s 1 percent School District Income Tax levy that will appear on the November ballot.

“Over the past several years I have seen our schools lose $5.2 million in state funding,” he said. “The purpose of the levy is an attempt to keep the quality of our schools and divert a financial catastrophe that will have negative consequences for our region’s economy.”

He said he is proud the district has been able to provide a high-quality education at a low cost, but that high quality could be jeopardized by lack of funding. He said there have already been too many cuts of teachers and other staff.

“Our most immediate concern is passing the levy this November if we’re going to maintain the quality of education,” he said. “Geneva Area City Schools are at the bottom 25 of all school districts in the state with respect to funding per child. We need to pass this levy.”

Dana is a Geneva resident who graduated from Ohio State with a bachelor of science degree and a juris doctorate from Case Western Reserve. He is married with no children.

Dana is an attorney and an adjunct instructor at Kent State University Ashtabula who teaches criminology and justice studies. He served on county boards in the past, including stints as president of the Geneva Rotary Club and the Ashtabula County Bar Association. He is currently president of the Hubbard House Underground Railroad Museum and a board member of University Hospitals Geneva Medical Center and Ashtabula County Mental Health and Recovery Services.

PerDue is an attorney who lives in Geneva Township and this is first try to become a board member. He has been a Geneva City Council member for four years.

PerDue said the most important issue facing the Geneva Area City School is funding. However, he does not support the district’s attempt to pass an income tax levy.

“I feel it’s a slap in the face to citizens and tax payers in the area to give Ron Clutter and Spire a 75 percent tax break and then allow him to pay it back over 10 years,” he said. “It’s time someone stood up and was counted on to support the interests of ordinary citizens. I am the only candidate opposing the levy.”

PerDue said if elected he would try to have a drug education program introduced at an early age for students. He said the program would involve the students, teachers, judges, administrators, counselors and others.

PerDue is married with grown children. He graduated from Madison High School, Indiana State University with a bachelor’s degree in political science and the University of Akron with a juris doctor degree.

He has been a lawyer in the Geneva area since 1986. PerDue is lifetime member of the VFW. He has also been a substitute teacher, a eucharistic minister and a member of the parish council at Assumption Church.

PerDue was president of Geneva Midget League basketball for 10 years and president of the Preservation of Old City Hall effort.

He coached softball for Saybrook and Geneva Little Leagues and was also a licensed official for high school and college sports for 25 years.

Arndt is an incumbent who has been on the school board for two years.

He said providing adequate funding for education is the most important issue facing the Geneva Area City School District.

“Public schools are the most important institutions in our community,” he said. “They teach more than reading, writing and arithmetic. They teach teamwork, leadership, reliability and countless other values and skills that can’t be measured with tests. So when the state continues to cut funding to pubic education and gives the money to charter schools, it is very troubling.”

Arndt said his belief in public education motivates him to do everything he can to preserve and protect it, so he supports the 1 percent income tax that will appear on the November ballot.

“Why wouldn’t anyone support this levy if they knew it would all go towards providing our children with a good education?” he asked. “Everything this levy will do will positively affect the quality of education at Geneva Area City Schools.”

Arndt said he sees a need for an adequate drug education program to help combat the tide of drug addiction in the county.

“We have needed a drug program for years now,” he said. “We need imaginative ways to pay for it, which the board should determine. We also need a resource officer for our schools, but once again we need to find ways to pay for it.”

Married, with two grown children, Arndt is a 1975 graduate of Geneva High School. He and his wife are both veterans of the United States Marine Corps. She served for 20 years. He served for 30 years before retiring in 2006.

Arndt said the Marine Corps taught him “Service above self,” a philosophy that has been with him during his time as a board member.

Arndt will soon graduate with a bachelor’s degree in Human Resources Management from Lake Erie College.

Ortiz, a 1996 Geneva High School graduate, is taking her first shot at becoming a school board member.

Ortiz said one of the most critical issues facing the school district is the financial shortfall because of cuts in state funding.

“Also important is the statewide drug epidemic,” she said. “We need to implement a drug prevention/intervention program.”

She said if elected she would work toward a five-year balanced financial forecast — with or without passage of the current tax levy.

“We need to find alternative funding for critical programs and maintaining the high quality of education GACS has always provided its students,” she said.

“We need to be able to retain high-quality teachers regardless of how our funding issues go.”

She said the most important thing to remember in dealing with school issues is to not lose sight of the fact that children are our greatest asset.

“We need to develop a nurturing environment for our children,” she said.

Ortiz graduated from Sawyer School in Pittsburgh with an associates degree in hospitality management, bachelor’s degree in accounting from Lake Erie College and a masters of accountancy from the University of Notre Dame.

Along with her husband, Joe, she currently owns American Electric LLC electrical contractors in Geneva.

She has two grown children and two younger children in Geneva public schools.

She worked for Ernst and Young in Cleveland for five years and has been with American Electric since 2009. She was a volunteer with Lakeview Credit Union’s Supervisory Audit Committee.

GEEVA [ndash] Richard A. Raab, 76 of Geneva died Sunday, March 29th. At his request there will be no service. The Geneva Home of Fleming & Billman Funeral Directors, 323 South Broadway, Geneva in charge of arrangements.