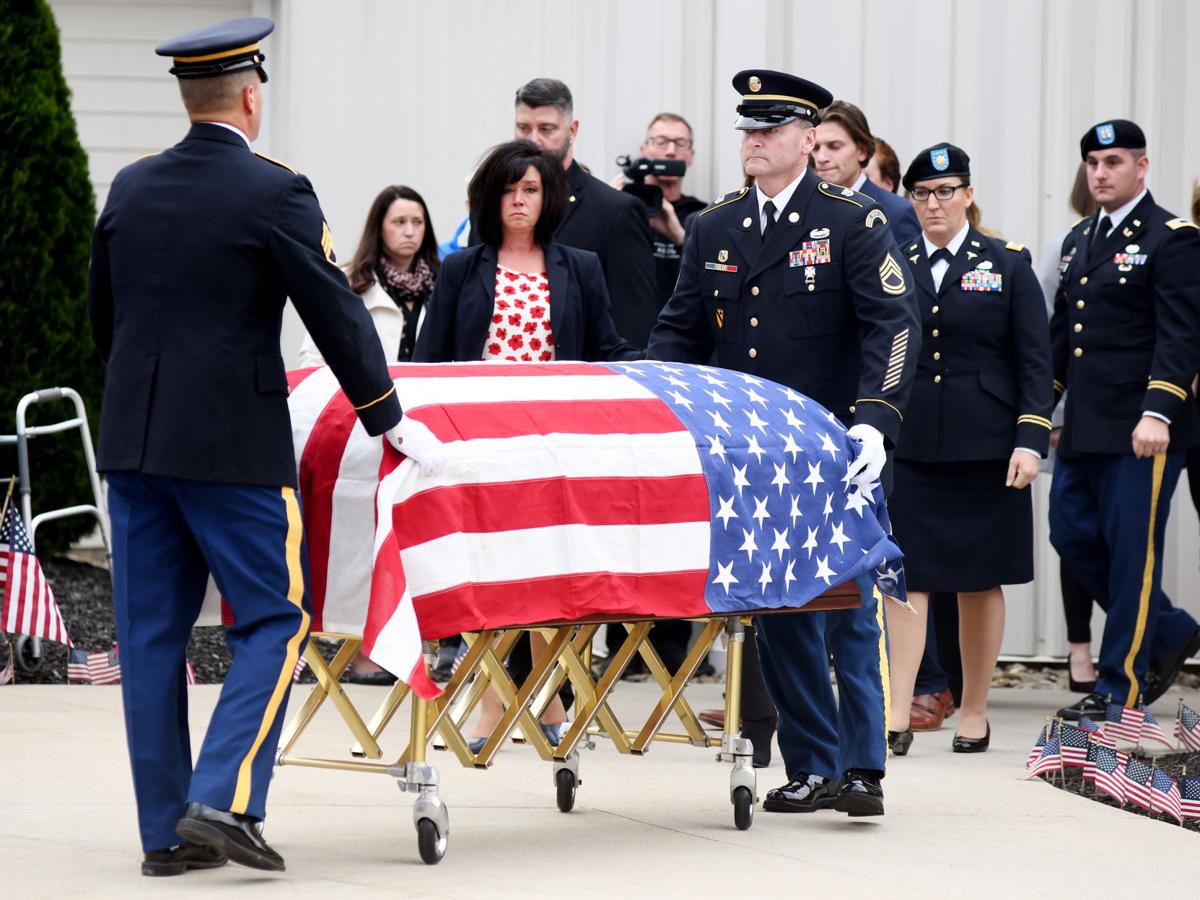 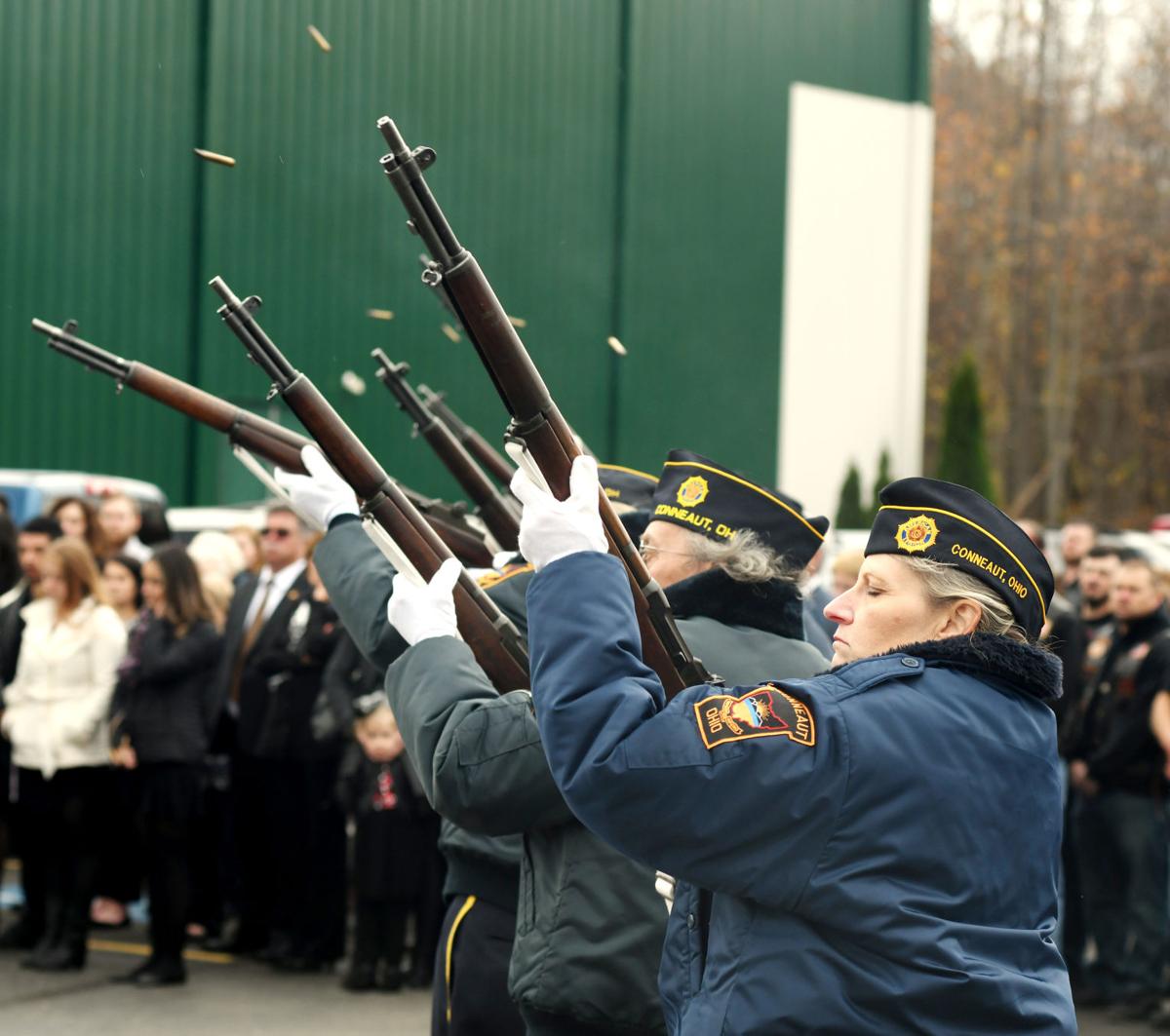 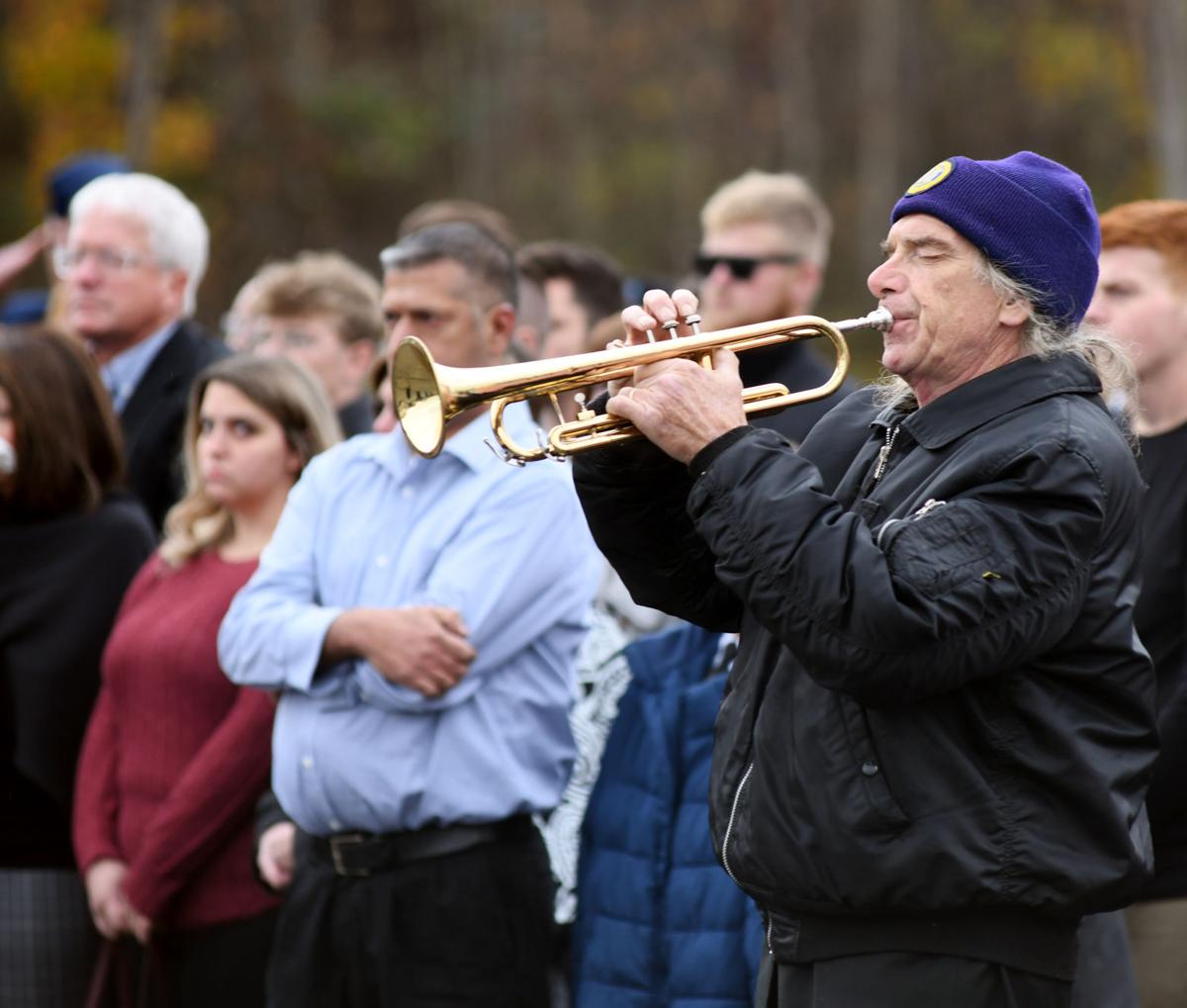 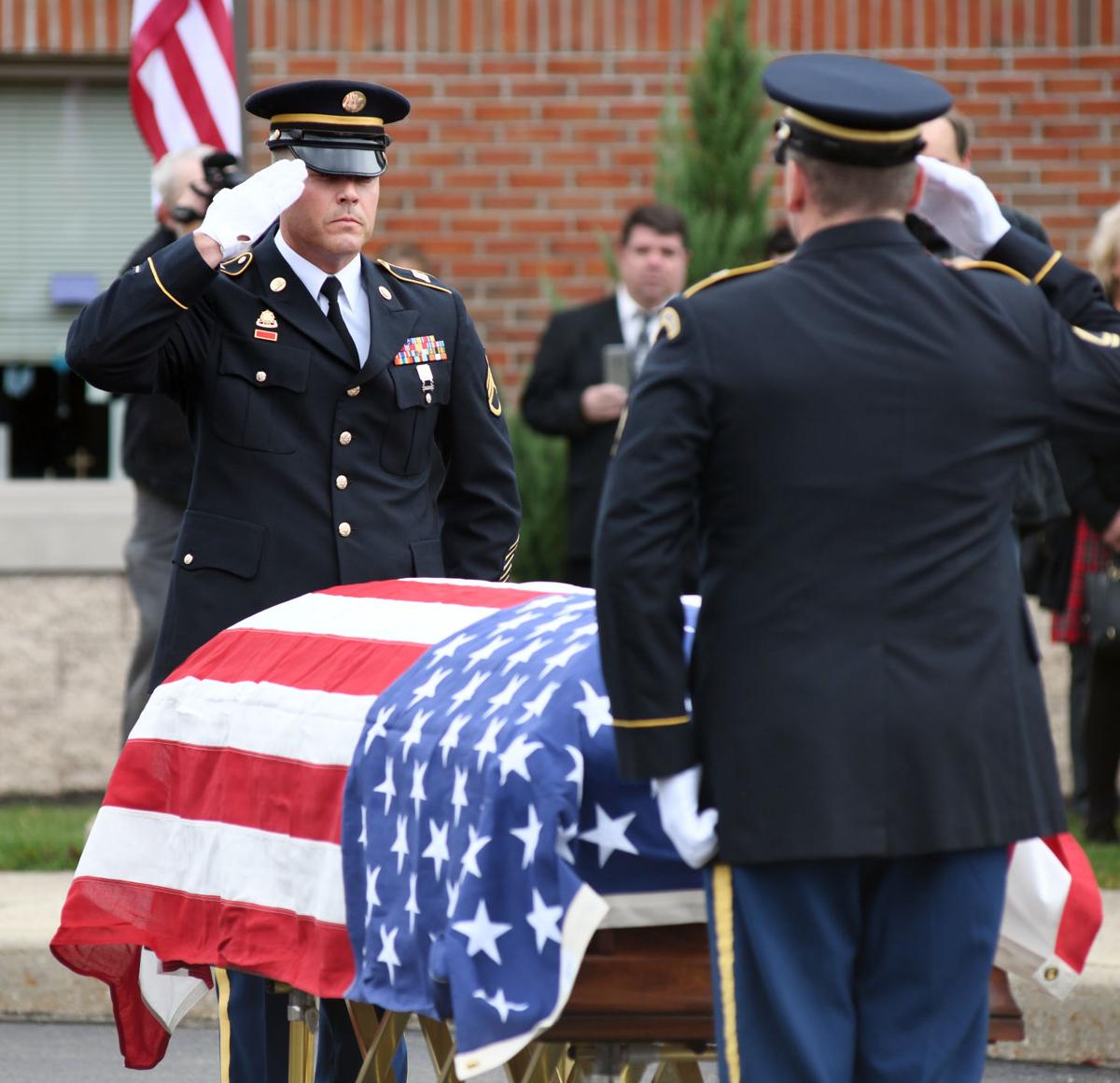 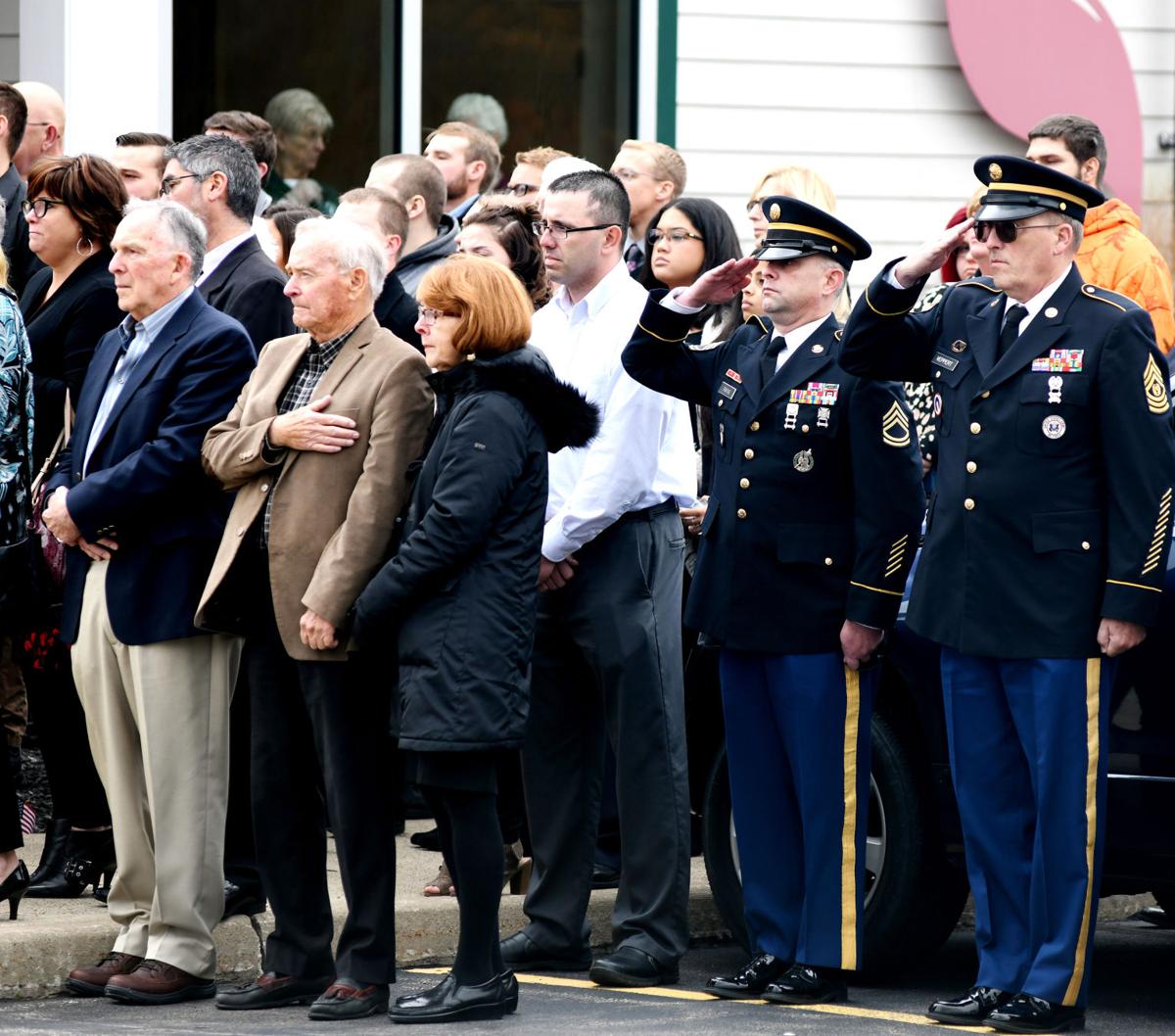 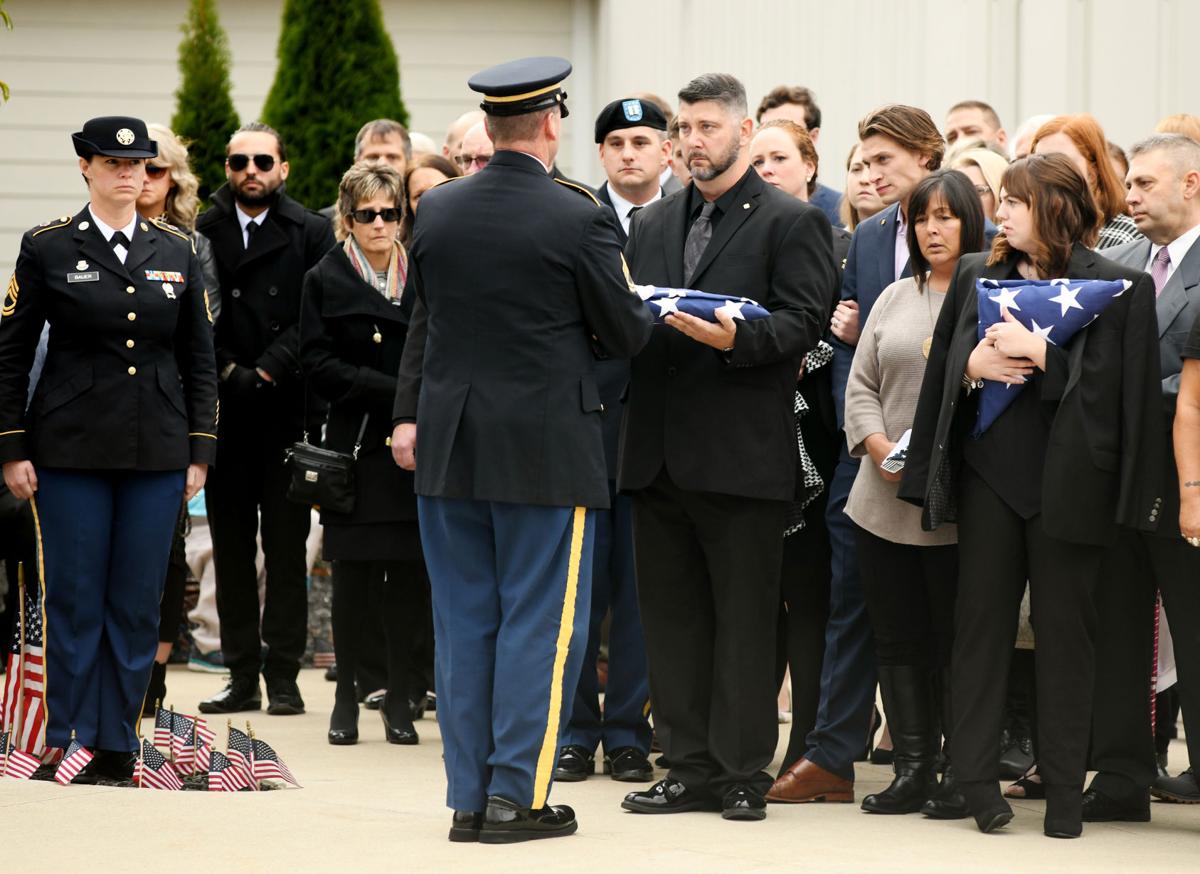 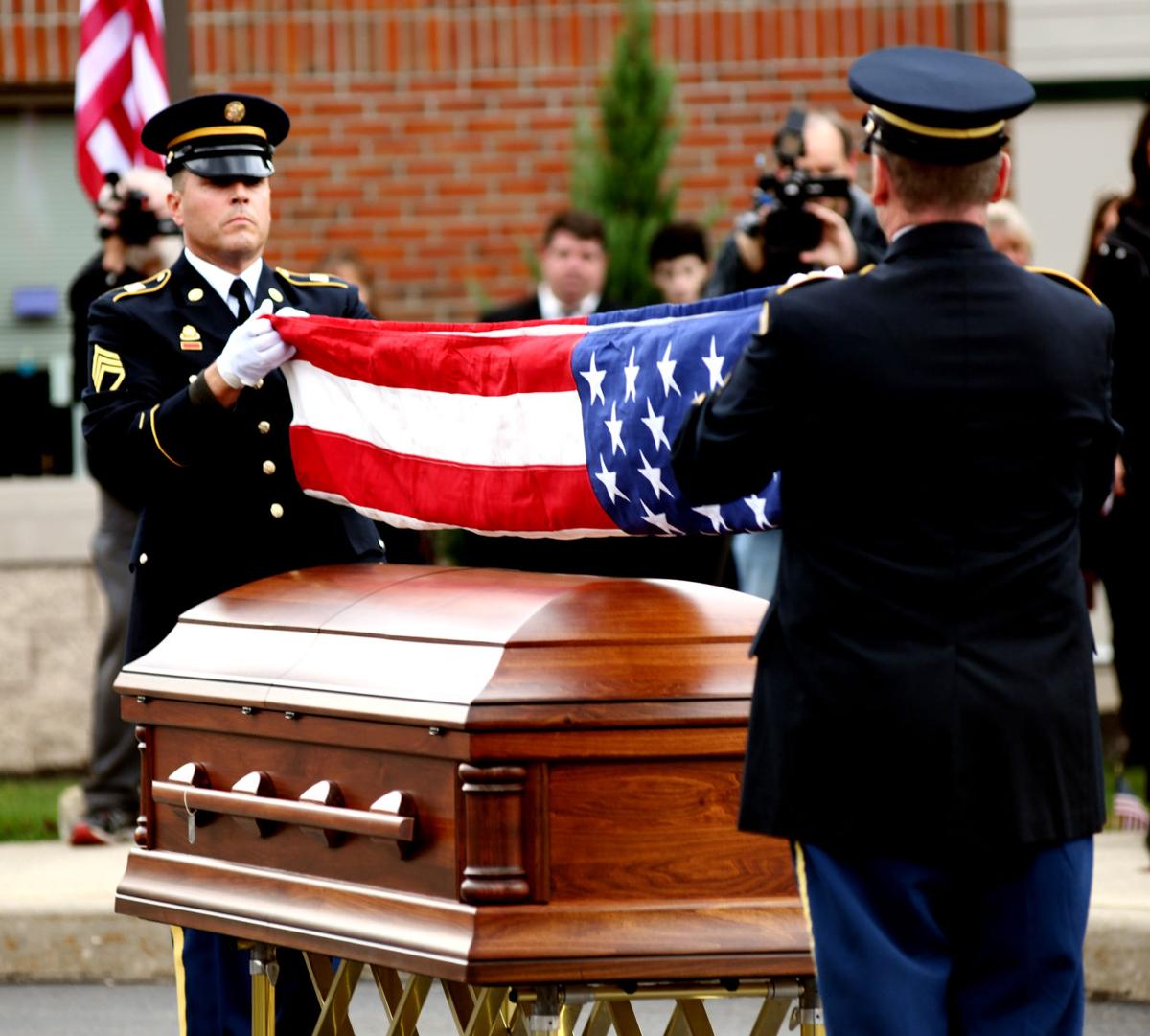 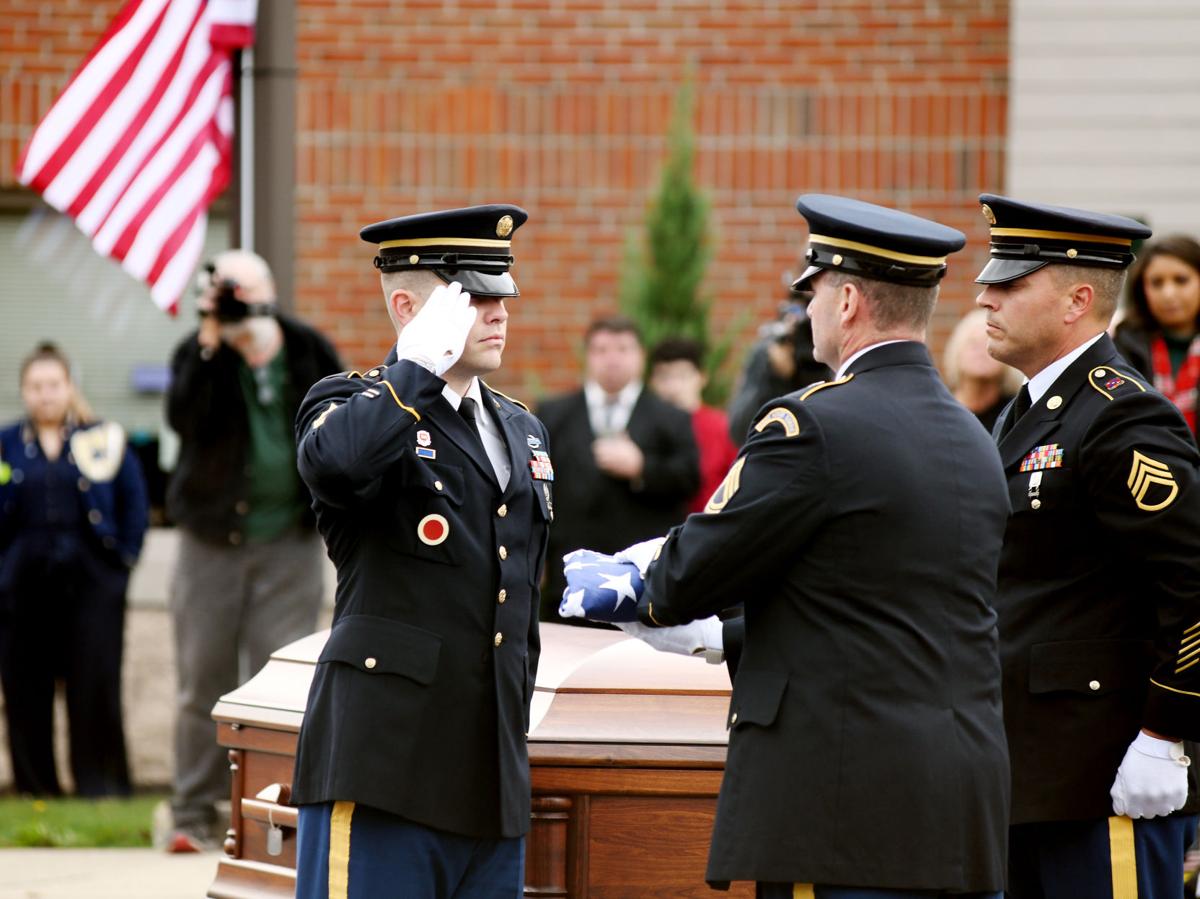 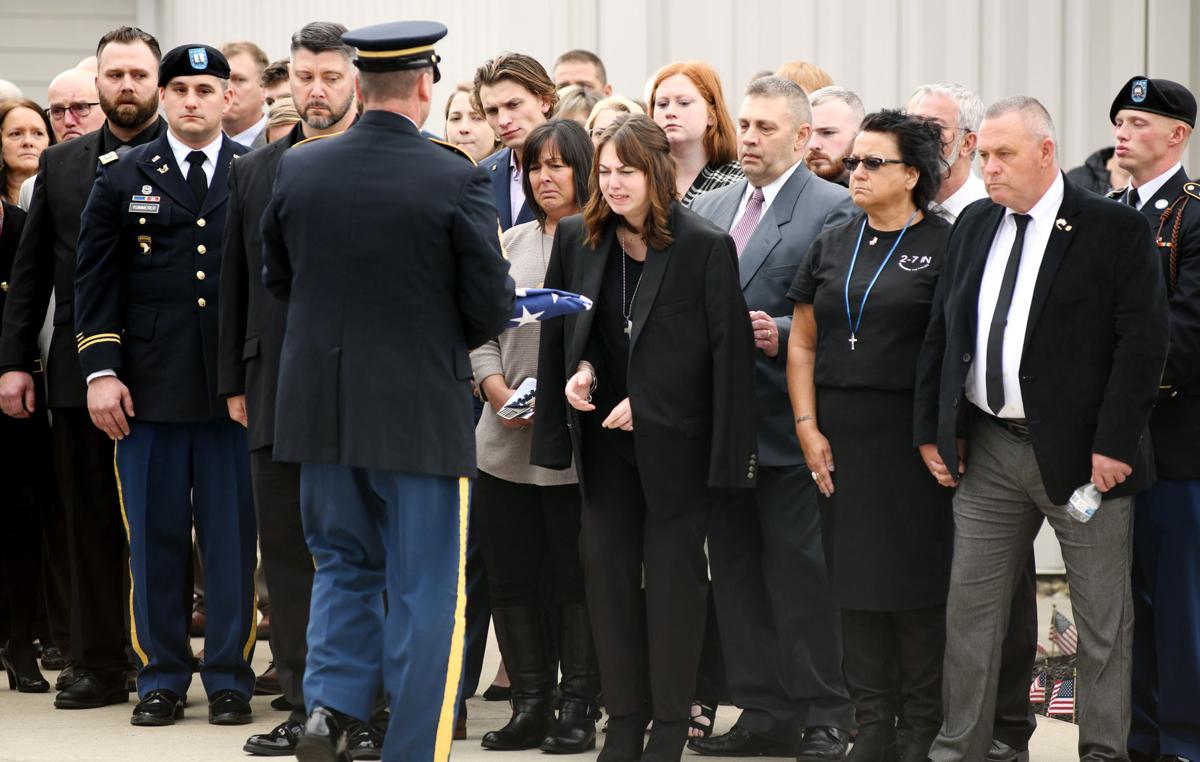 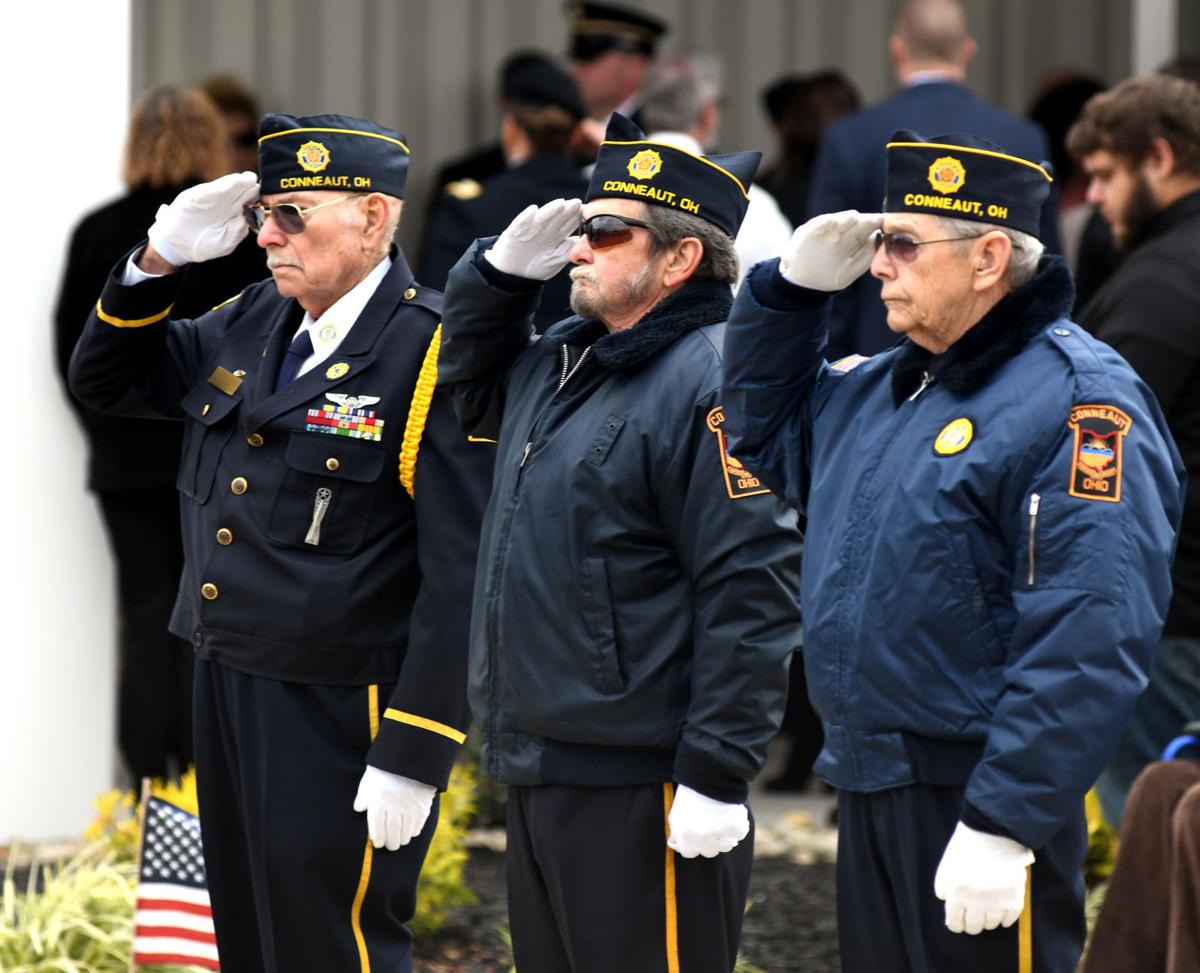 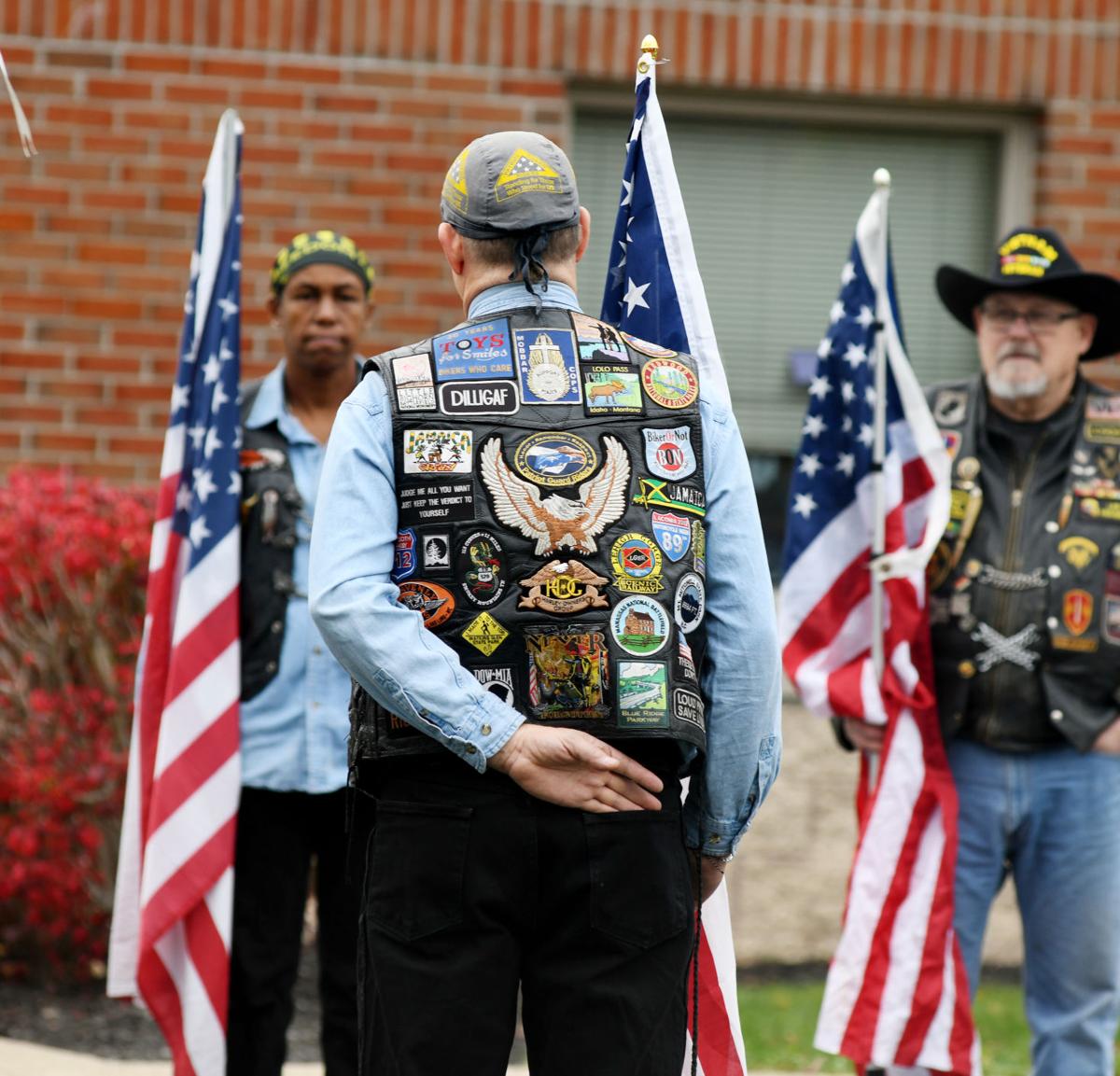 CONNEAUT — A crowd of more than 200 people waited in near complete silence on Saturday afternoon as a military honor guard prepared to escort the body of Sgt. Thomas Cole Walker to a waiting hearse.

Minutes before those in attendance heard of the many ways he had changed the lives of others during his brief life.

“In 22 years Cole did an awful lot of living,” said New Leaf United Methodist Church Pastor Scott Walsh as he set the tone for the service that included memorials shared by family, friends and military representatives.

Walsh said he reached out to people who were disabled, in danger or just needed a smile.

“I met very few people who didn’t think they were Cole’s best friend,” he said.

“I had the opportunity to be the chaplain of the football team and that is where I first met Cole. ... He was a cheerleader, he was an encourager and he was a warrior,” Walsh said.

“He was always doing for others. I saw it with my own eyes,” Walsh said. He said he even helped save a boy in a swimming pool incident.

Family friend Lillian Sharp said that all those in attendance grew to know and love Walker at different times and in different ways. She said people should not hold on to anger at his death, but remember the love and joy they shared with him.

Walker’s sister, Wendy Kummerer, also shared memories of her brother as a child and how it was difficult for her to see the grown-up soldier after changing his diapers and playing with him as a baby.

She also shared his military lineage that included his enlistment in June of 2016 after his graduation from Conneaut High School. Sgt. Thomas Cole Walker became a driver and gunner for a Bradley fighting vehicle and spent two years stationed in South Korea.

A childhood friend and a military comrade shared memories of special times hanging out at a pool party or talking late at night in a barracks.

Colonel William Kennedy (retired) said he did not know Walker personally, but was deeply connected to his base through his own experience there.

“I have a deep love and respect for him and his fellow soldiers,” he said.

Walker’s 19-year-old newlywed wife, Taylor, shared the horror of meeting two military men at her door to tell her the terrible news that the man she loved had been killed in a tragic training accident.

The young woman said she began hearing reports of the accident, but waited for a call from the training site.

“The time for him to call never came,” she said.

Taylor Walker said the shock was so great it was difficult to process.

The couple had been married this past May, but were planning a long military career after his recent re-enlistment, she said.