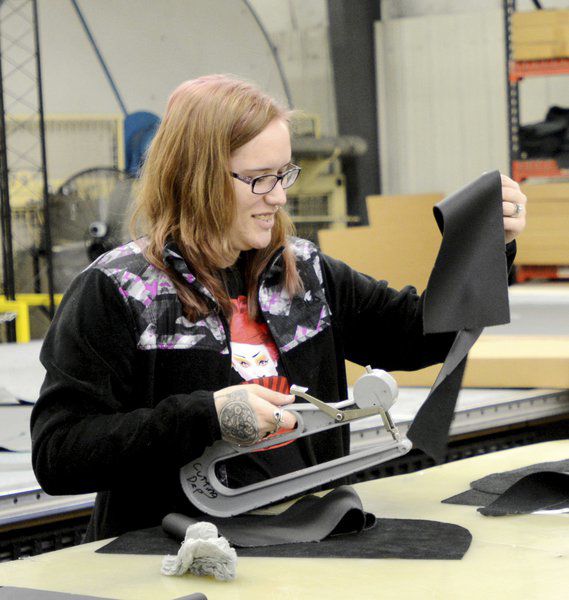 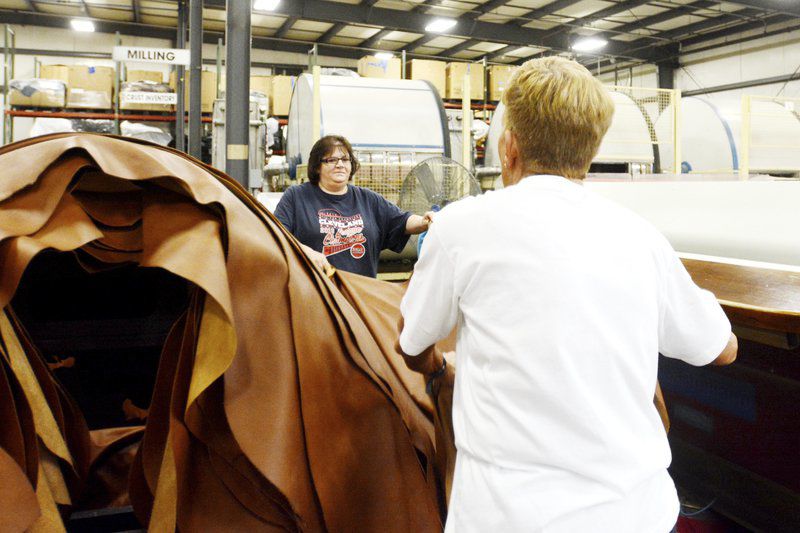 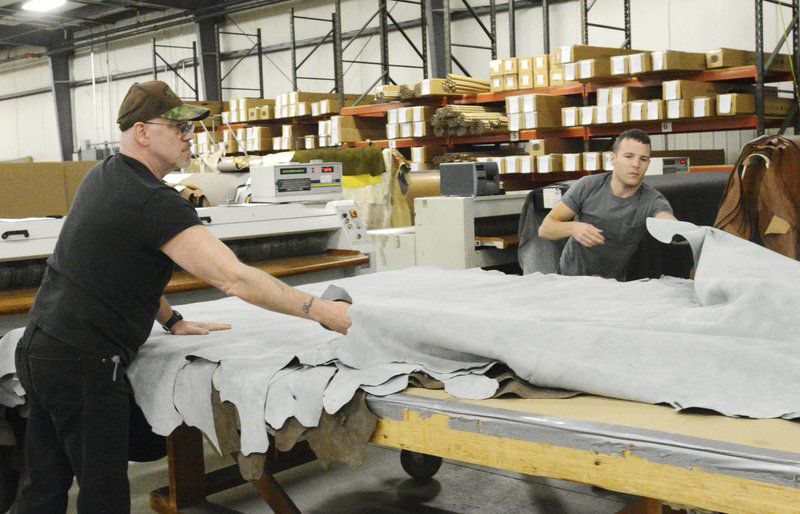 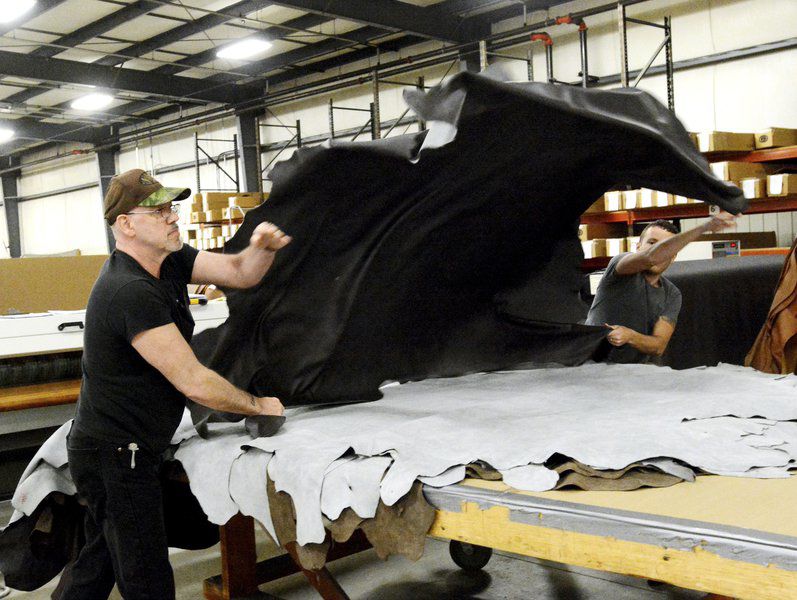 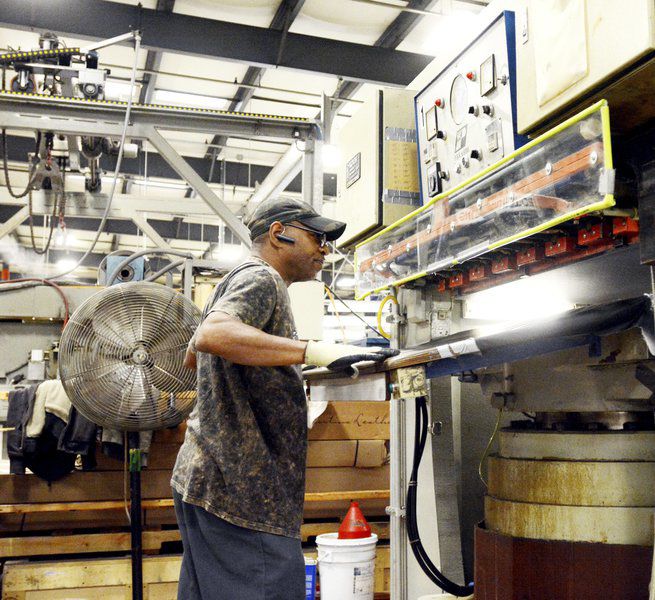 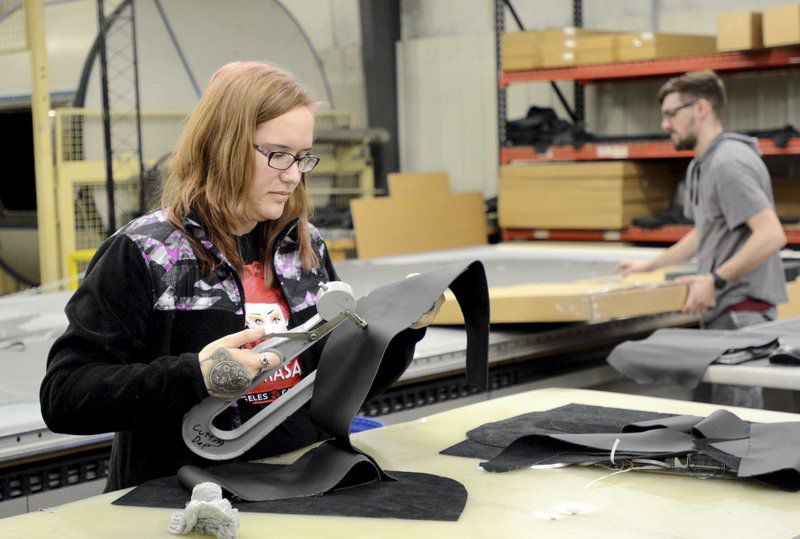 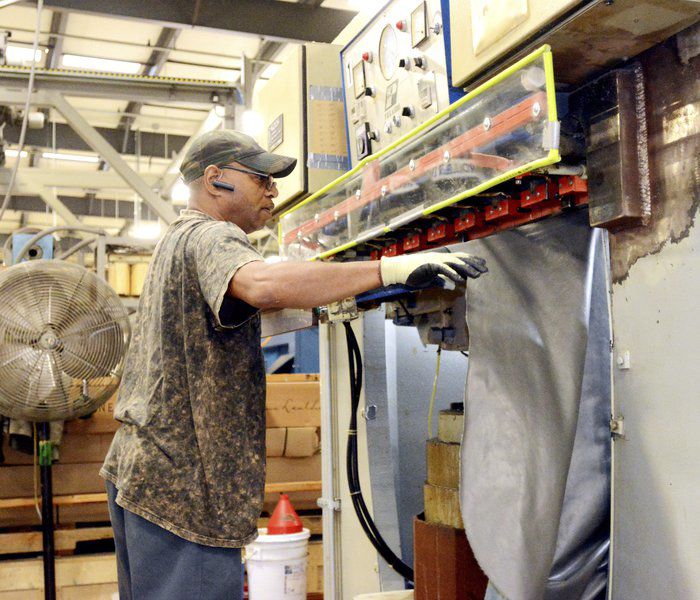 CONNEAUT — New jobs, a new building and a new name are all coming to Conneaut Leather.

The company, which has changed its name to Cortina Leathers, is planning a $2 million expansion and construction project that will add at least seven new jobs.

The 1.7-acre plot, which had been owned by the city, is sandwiched between Cortina's current space and the Conneaut Wildlife Area. Cortina is planning to build a 30,000-square foot building on the combined land to expand the company's office, manufacturing and warehouse facilities, Prause said.

"It's a great project for the city of Conneaut and Ashtabula County," Greg Myers, CEO of Growth Partnership, said.

The project is expected to cost $2 million, according to a release from Cortina.

"Every single builder, architect and engineer we’ve hired is located in Ashtabula County, and many are from right here in Conneaut. We are proud of that," Prause said.

Cortina plans to add seven jobs as part of the expansion, Prause said, with the potential for more as the company continues to grow.

"They're a remarkable company," Conneaut City Manger Jim Hockaday said, adding, "This is something we've supported for a long time. I hope to see them continue to grow and thrive."

The deal has been in the works for two years, Hockaday said.

The parcel of land is part of the East Industrial Park, and has been owned by the city since the mid-90s, Newcomb said.

"Jim Hockaday's been great to work with," Prause said. "He's tremendous in terms of economic growth when it comes to Conneaut."

Conneaut Leather, founded in 1903, changed its name to Cortina Leathers in January — the companies had merged back in 2014 — as it is in the process of expanding into new markets, Prause said.

"Conneaut Leather was not well known," he said. "We were ... business to business."

A number of interviews and surveys showed that Cortina Leathers was a strong name, Prause said.

"It just made sense to go forward with that name," he said.

However, in announcing the moves, Prause stressed his commitment to the area.

"While the name on our building will change, our commitment to Conneaut has not," he said. "In fact, we’re making a significant investment to position ourselves for the next 115 years."