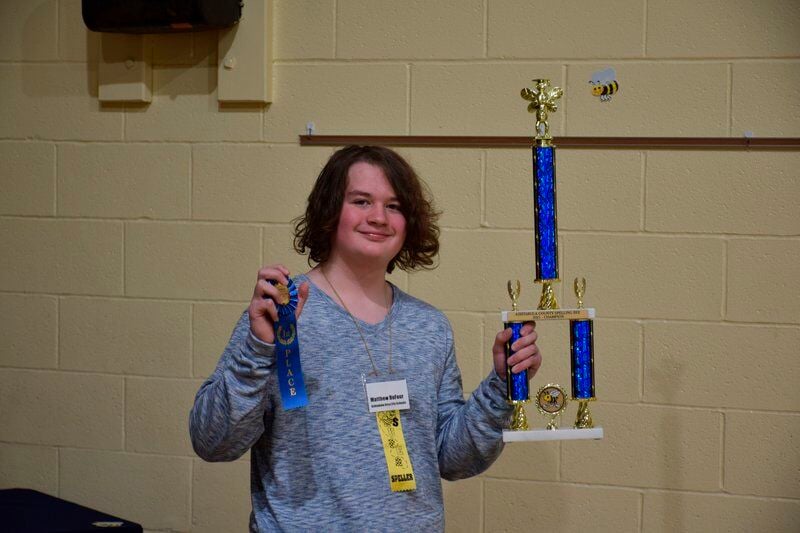 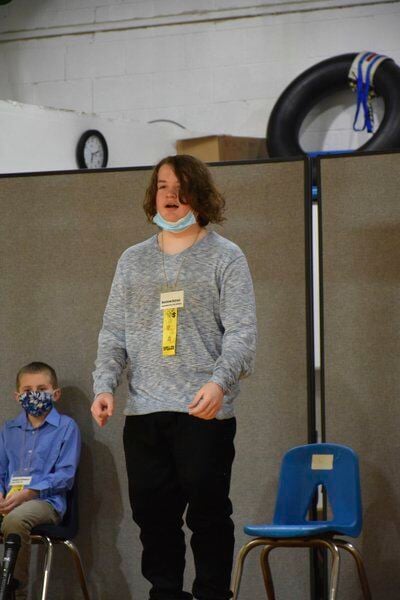 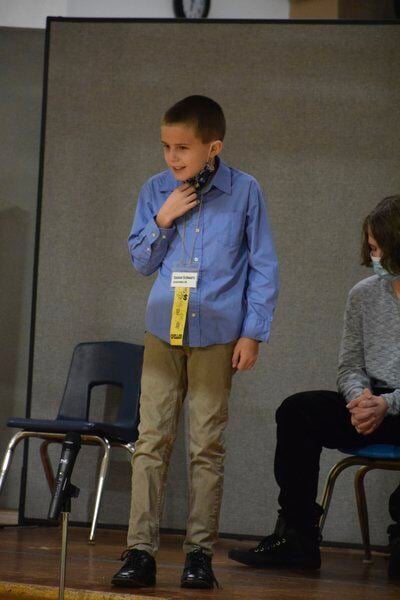 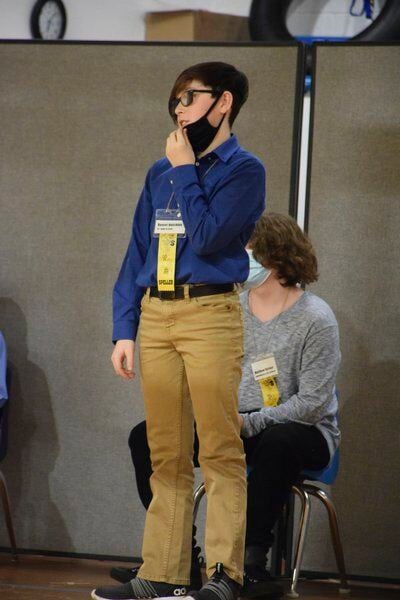 Dufour won after spelling the last two words of the contest, cymbals and Napoleon, correctly. Schwartz came in second place and Hutchins came in third.

Dufour will represent Ashtabula County at the Tri-County Spelling Bee on March 9 at Hale Road Elementary School in Painesville Township.

Dufour only recently learned about the competition.

“I just found out that I was even in the spelling bee two weeks ago,” Dufour said.

There was a lot of pressure to learn all of the words in a short period of time, he said.

The Tri-County Spelling Bee will only have two participants this year, said Ken Bernacki, with the Educational Service Center of the Western Reserve. The number of interested parties was small enough in Lake and Geauga counties to have a single unified event for both counties, Bernacki said.

Dufour will compete against Lily Waters, an eighth grader from Mater Dei Academy at the Tri-County Spelling Bee.

Bernacki is hoping for a good back and forth at the Tri-County event.

“I’m hoping we go quite a few rounds,” he said.

Students are eligible for the spelling bee in fourth through eighth grades, Bernacki said.