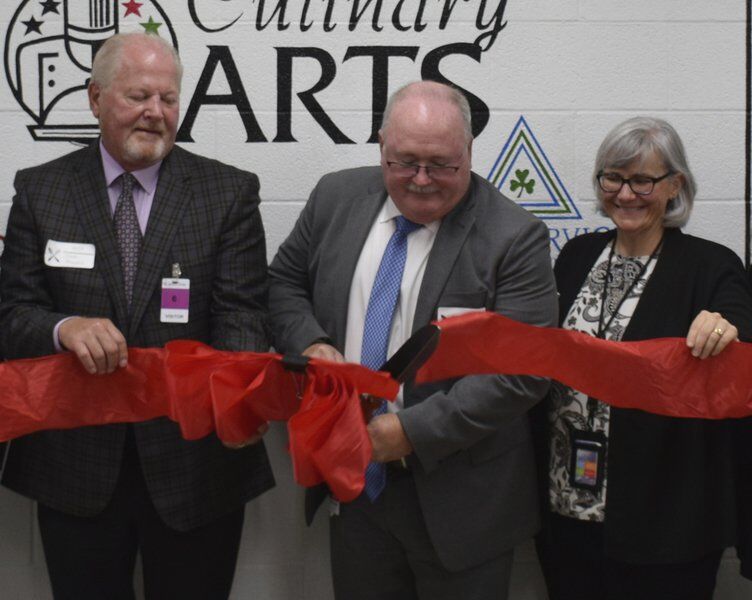 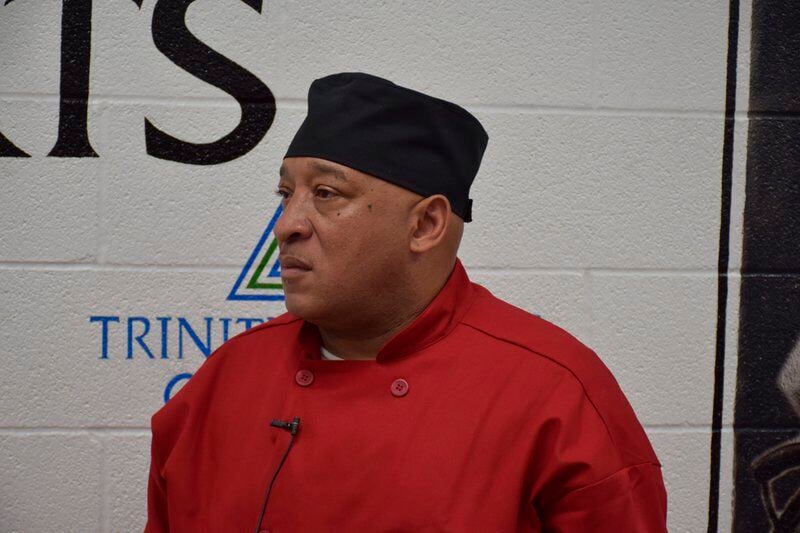 Shawn Cunigan, an inmate at Lake Erie Correctional Institution, is a member of the first class at the facility's culinary career training program. Cunigan said he was drawn to the program because of his family. 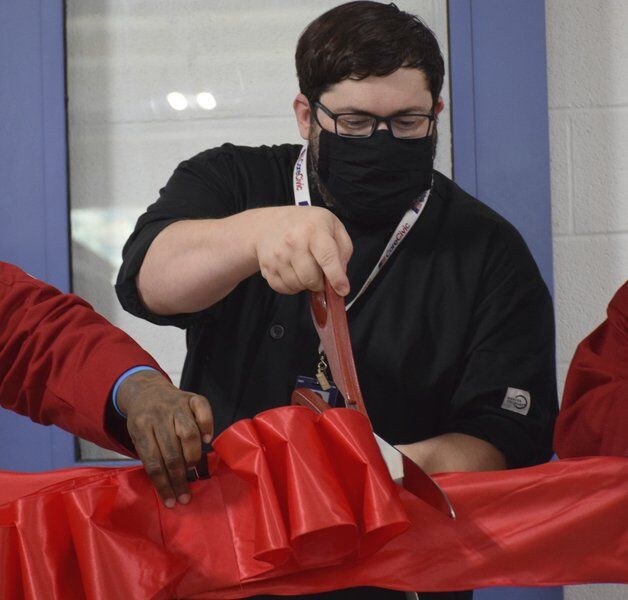 Shawn Cunigan, an inmate at Lake Erie Correctional Institution, is a member of the first class at the facility's culinary career training program. Cunigan said he was drawn to the program because of his family.

CONNEAUT — Officials from the Ohio Department of Rehabilitation and a pair of companies were on hand at Lake Erie Correctional Institution on Tuesday morning to celebrate the launch of a pilot program. The program will see participating inmates receive nationally recognized credentials when they finish.

The program is run through a collaboration between CoreCivic, who operates Lake Erie Correctional Institution, and Trinity Services Group, who operates food and commissary services in prisons.

Warden Doug Fender thanked everyone for attending the event.

"Part of this celebration today is to show these men, because that's what they are, they're men before they are anything, that they can make a change in their lives and they can better themselves," Fender said.

He said he has seen growth in the participants in just a week and a half.

Jennifer Sanders, superintendent of the Ohio Central School System, which services Ohio prisons, said she has spent her career believing in the mission of the Ohio Department of Rehabilitation and Corrections to rehabilitate inmates.

"This program is the quintessential example of what it is that we hope to be able to provide to the people in our care, so that they can leave us and hopefully never come back to see us," Sanders said.

Dave Miller, chief operating officer of Trinity Services Group, said the company is looking for ways to make a difference in inmates' lives.

"We are delighted to partner with CoreCivic and the state of Ohio to offer this new culinary hospitality training program," Miller said.

The program is a pilot that has been in development for most of a year, he said.

"I think what makes this program so different is it gives these people documented credentials," Miller said.

Inmates who complete the program will receive certificates from the National Restaurant Association and the American Federation of Chefs. That will give them instant credibility in the field, Miller said.

"I know I should be doing it for me, but I'm doing it for them because they weren't there in my life and I wasn't there in their lives because of me, my choices, so I want to make better choices," Cunigan said.

"If I just stayed in that block, I'd do the same old thing," Cunigan said. "I'd do my time, I'd get out, and then be liable to go back to doing the same old things. I'm not saying that I would, but it's there, and if I don't do something different, then I'm going to be right back into the same thing."

Cunigan said he always wanted to open up a restaurant. He said he plans to make his family a meal he learned at Lake Erie Correctional when he is released. He said he wants to spend the rest of his life with his family.

"I'm very proud of myself for what I've done, and I hope my family will be proud of me," Cunigan said. "I'm going to try to do better for myself and do better for people around me," he said.