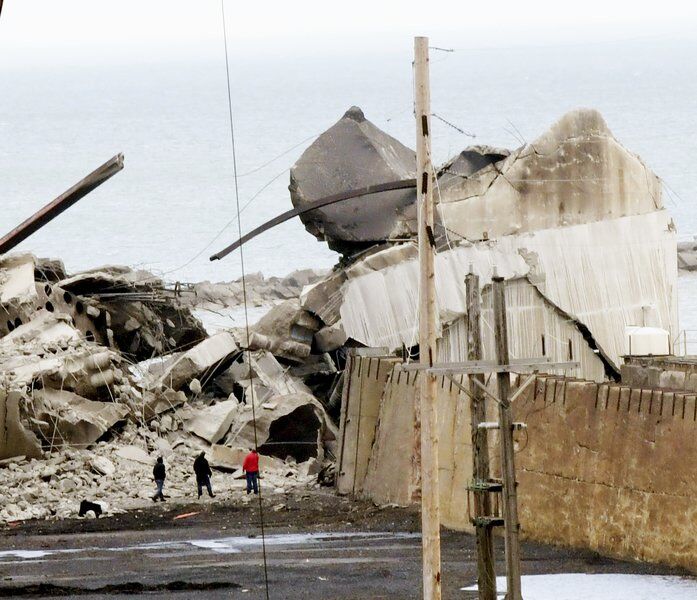 Shortly after two concrete towers were demolished by explosives on Wednesday morning at the Ashtabula Harbor rail yard, officials review the debris. 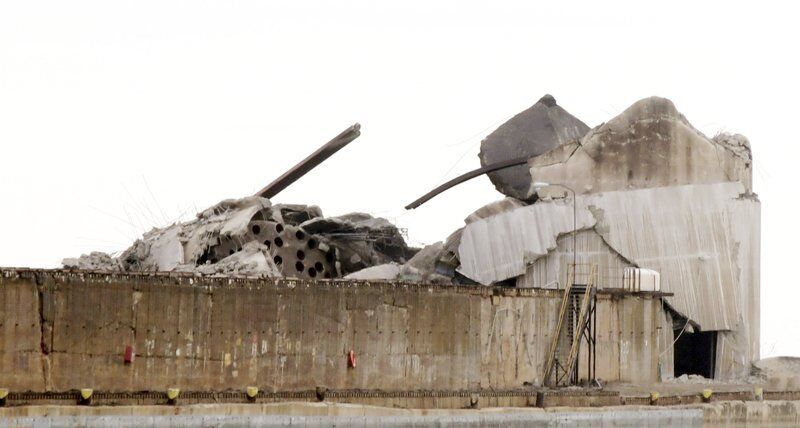 Two concrete towers were demolished by explosives on Wednesday morning at the Ashtabula Harbor rail yard.

Shortly after two concrete towers were demolished by explosives on Wednesday morning at the Ashtabula Harbor rail yard, officials review the debris.

Two concrete towers were demolished by explosives on Wednesday morning at the Ashtabula Harbor rail yard.

That’s all Koree Runyan of Ashtabula had to hear at 8:52 a.m. Wednesday.

“I was driving up the hill and I heard it,” she said. “I stepped on the gas.”

Runyan was one of about 200 people who drove to the Ashtabula Harbor to see Norfolk Southern Railroad demolish two concrete coal silos. But, like about another 100  people or so, she just missed it.

“They said it was going to happen at 9 a.m.,” said Marnie Lopez of Ashtabula. “My brother is the last [railroad] worker and he told me they were going to demolish the silos.”

Lopez called her friend, Aaron Drews of Ashtabula, who “ran down here to watch,” he said.

Drews was one of the lucky ones — he got some video footage of the demolition from Point Park. Many folks only arrived in time to see the dust cloud, like Mary Camp and her children.

The Norfolk Southern facility at Ashtabula has been inactive for a number of years.

“In an effort to responsibly manage our resources and improve efficiencies, we are removing assets that are no longer in use at the site,” Jeff DeGraff, manager of media relations, said earlier this year.

City Manager Jim Timonere is in discussions with Norfolk Southern about future plans for the coal conveyor and whether the city can keep the iconic structure that has been part of the skyline in the Ashtabula Harbor for so long.

In December 2015, Norfolk Southern announced plans to consolidate operations of its coal docks on Lake Erie by closing its Ashtabula coal pier and shifting operations to Sandusky. That meant 21 people lost their jobs.

Since that time, the railroad has maintained staff on the property for security.

The decline in demand for coal is the reason Norfolk Southern consolidated operations, railroad officials have said.

Norfolk Southern has owned and operated the Ashtabula coal pier since 1999. The facility primarily served the thermal coal market, transloading coal from Ohio, Pennsylvania and West Virginia to Canada and U.S. destinations by ship.