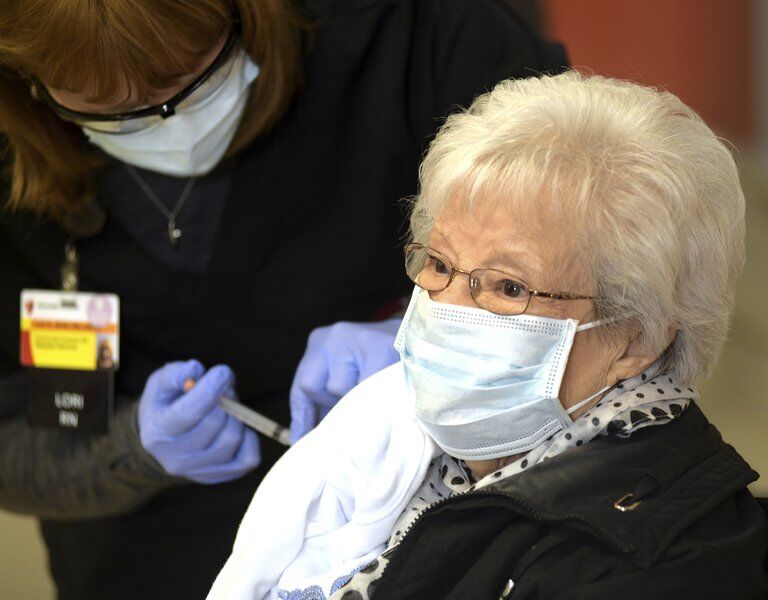 Bernice Vickey, right, gets a COVID-19 vaccination on Tuesday afternoon at Conneaut Station 3 by Lori Slimmer a nurse from UH Conneaut Medical Center. 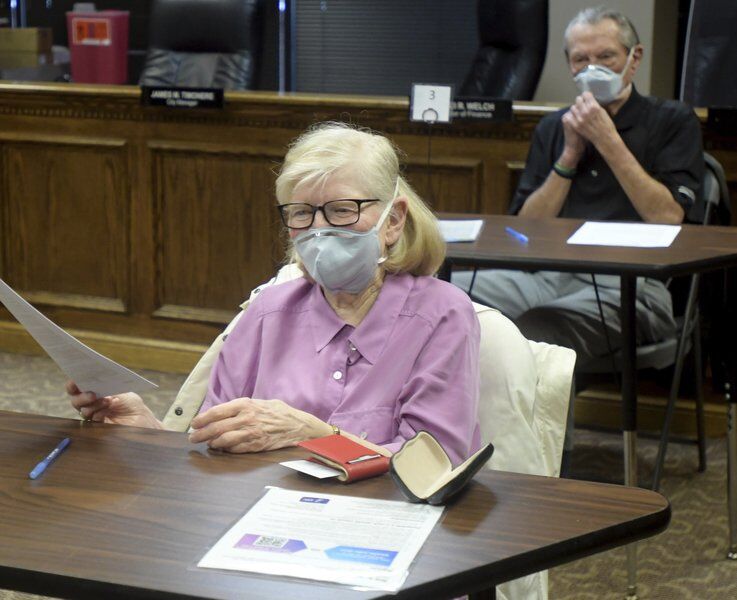 Judy Swedenborg and her husband Jim relax after their vaccinations for COVID-19 at Ashtabula City Council Chambers. 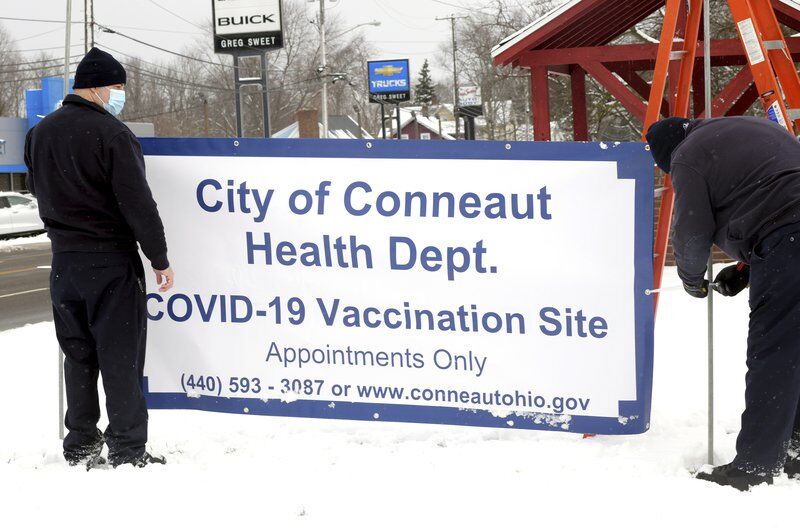 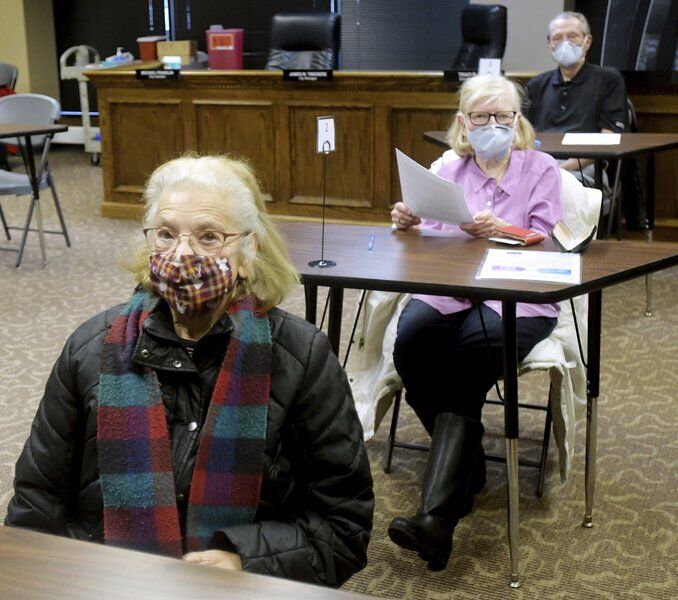 Louise Noce, foreground, Judy Swedenborg and her husband Jim relax after their vaccinations for COVID-19 at Ashtabula City Council Chambers on Tuesday afternoon.

Bernice Vickey, right, gets a COVID-19 vaccination on Tuesday afternoon at Conneaut Station 3 by Lori Slimmer a nurse from UH Conneaut Medical Center.

Judy Swedenborg and her husband Jim relax after their vaccinations for COVID-19 at Ashtabula City Council Chambers.

Louise Noce, foreground, Judy Swedenborg and her husband Jim relax after their vaccinations for COVID-19 at Ashtabula City Council Chambers on Tuesday afternoon.

People 80 and older have started receiving their first dose of the COVID-19 vaccine.

Ashtabula City Health Commissioner Christine Hill said that the rollout of phase 1B is going well. The department has set up a hotline that people who are in phase 1B can call to register for the vaccine, she said. The hotline number is 440-992-7188. Phase 1B includes people who are over 65, people with severe, congenital or early onset medical conditions and teachers and school staff members, according to the Ohio Department of Health.

This week, people 80 and older can receive the vaccine, according to ODH. The age requirement will reduce by five years per week, and other eligible phase 1B groups will be added in the weeks ahead.

Hill asked people signing up for vaccinations to have patience. If someone does not answer the scheduling hotline, leave a voicemail, she said. Four health department employees are staffing the hotline, Hill said.

“When they get the voicemail, they need to leave their first name, their last name, their age and date of birth, and then a phone number they can be reached at,” Hill said. The health department will put people on an age appropriate list using that information.

In Conneaut, the first phase 1B vaccine distribution went well. Conneaut Health Commissioner Nichele Blood said that, as of about 1 p.m. on Tuesday, everyone who had been scheduled to get a vaccine had showed up.

“Everything, so far, is going smoothly,” Blood said.

The Ashtabula County Medical Center received 100 doses of the COVID-19 vaccine for the start of phase 1B, according to a statement from the hospital system. ACMC is using its Wellness Plaza for the vaccinations. Within a few hours of the hospital’s registration phone line going live, more than 150 had called, including more than people age 80, according to the statement.

Because of the number of calls, ACMC has temporarily stopped taking registrations for vaccine appointments, according to the statement. The voicemail message for the hospital’s vaccination phone line will be updated to say when registrations will be able to continue.

“We know this process is frustrating, and unfortunately because supply is limited, not everyone who wants the vaccine will be able to get it immediately,” the statement said. “Hopefully, production of the vaccine will continue to increase so we can get as many people vaccinated as quickly as possible.”

People 80 years of age and older have accounted for more than half of the deaths in the state of Ohio, according to ODH. A total of 10,336 people have died in Ohio because of the pandemic.

Five new deaths were reported over the holiday weekend in Ashtabula County, bringing the county’s death toll to 72, according to ODH.

A total of 4,431 cases of COVID-19 have been reported in Ashtabula County since the start of the pandemic and 295 people have been hospitalized, according to ODH.

The Ashtabula County Health Department could not be reached for comment.