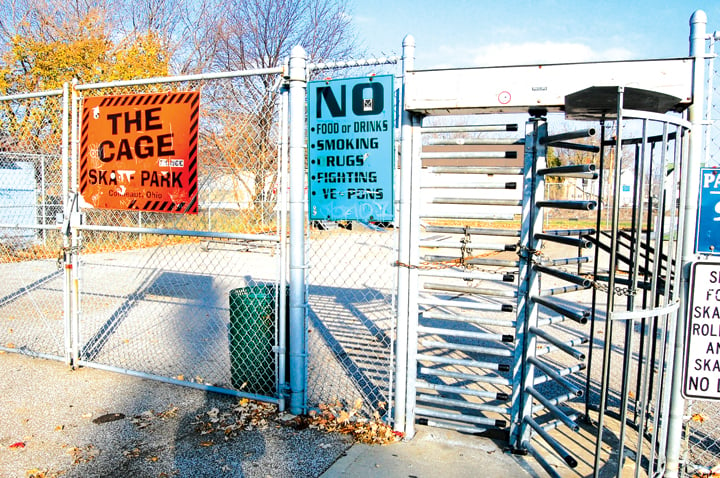 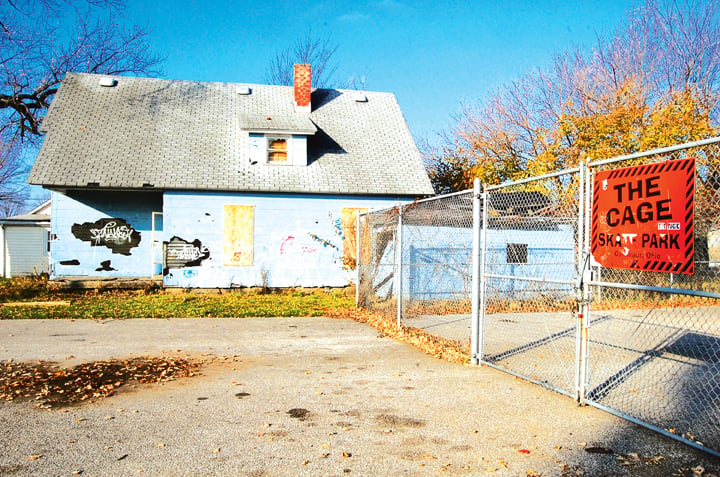 The cost of maintaining the facility, along with reports of crime and bad behavior at the site, could mean the park may not see its 10th anniversary next year. “Unless we can find the funds to keep it going, (the skate park) may be going by the side,” City Manager Tim Eggleston said Wednesday.

Recently, the city padlocked the park’s gate for the winter. This year, however, no trespassing signs will be erected to officially warn people away from the property.

The park, erected in 2003 on city property at the east end of Jefferson Street, has had a spotted record. Neighbors have long complained about illegal activity at the park, and in 2007 the park was briefly closed when vandalism got out of hand. Crime reports increased this year, thanks in part to an abandoned house that abuts the property. The house is slated to be demolished soon.

There have been successes at the park, too. It has hosted competitions that attracted skaters from a tri-state area. More recently, the park was the scene of a day-long rock concert.

The feeling among city officials, however, is that the park’s negatives outweigh the positives. Much of the existing equipment, obtained second-hand from the city of Painesville, is in disrepair and poses a threat to skaters, officials have said. Security upgrades, such as surveillance cameras, are too expensive.

City Councilman-at-large Neil LaRusch, chairman of the council’s finance/ordinance committee, said he understood council will reassess the park’s fate in the spring. “We will re-evaulate the site at that time,” he said Wednesday.

However, LaRusch wasn’t overly optimistic the park would see another season. The facility needs too much work to make it safe and next year’s budget is very tight, he said.

“We don’t have the money to support half of the parks we have now,” he said.

LaRusch said he realizes kids in Conneaut have limited recreational opportunities, but the skate park — as it exists today — may not be the answer.

“I personally don’t believe the skate park is the way to go,” he said. “We can’t have (police) over there all the time. I wouldn’t hurt me to see (the site) re-purposed instead of the black eye it’s become.”

The answer will come from council early next year. “I’m hoping for the best but expecting the worst,” LaRusch said.