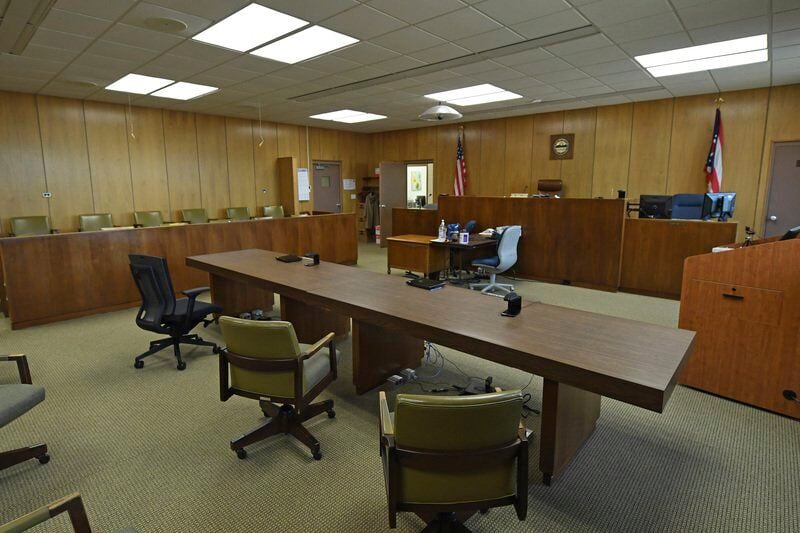 Courthouse is shown Nov. 19. Ashtabula County commissioners approved a $245,000 renovation plan, which would make the courtrooms safer in the age of COVID-19. 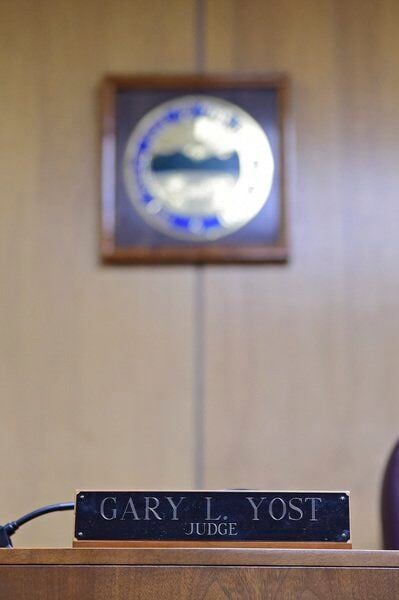 Courthouse is shown Nov. 19. Ashtabula County commissioners approved a $245,000 renovation plan, which would make the courtrooms safer in the age of COVID-19.

JEFFERSON — If you are called for jury duty in Ashtabula County Common Pleas courts in the coming months, you may notice some changes.

Last week, county commissioners approved a $245,000 renovation plan, which would make the courtrooms safer in the age of COVID-19.

Those upgrades include plexiglass dividers and new chairs that can be sanitized, said County Administrator Janet Discher. The jury rooms will also be improved with movable tables and plexiglass partitions, she said.

Ashtabula County Common Pleas Court Judge Thomas Harris said that the dividers will be installed around the witness box.

“They’re putting up acrylic barriers, and then they’re also replacing the furniture with stuff that can be wiped down,” Harris said. “So the acrylic barriers are like yet another mask or barrier.”

“Until we’re through COVID, I don’t think we’re going to have spectators in the courtroom,” Harris said.

The tables for parties in a trial in Harris’ courtroom are being replaced with smaller ones along with a barrier between them, Harris said.

The work is expected to be finished by the end of the year, Discher said.

“Because we’re deemed an essential business, it’s hard for us to just stop conducting business,” Discher said. “We need to be able to function, but we want to do it safely.”

The largest CARES Act expenditure the county made was payroll, but the improvements to the courtrooms are the largest purchase the county has made, Discher said.

“It was important that we update the courtrooms,” Discher said. “We want to make sure that the public feels safe coming in,” she said.

The county received more than $5 million in CARES Act money, which must be used for expenses created by the COVID-19 pandemic, and were not previously budgeted, according to the U.S. Treasury. Those funds must be spent before the end of the year.

The county has also created a grant program called Restart Ashtabula County. In the first round of grants, 45 businesses received funds. The second round of grants is ongoing.