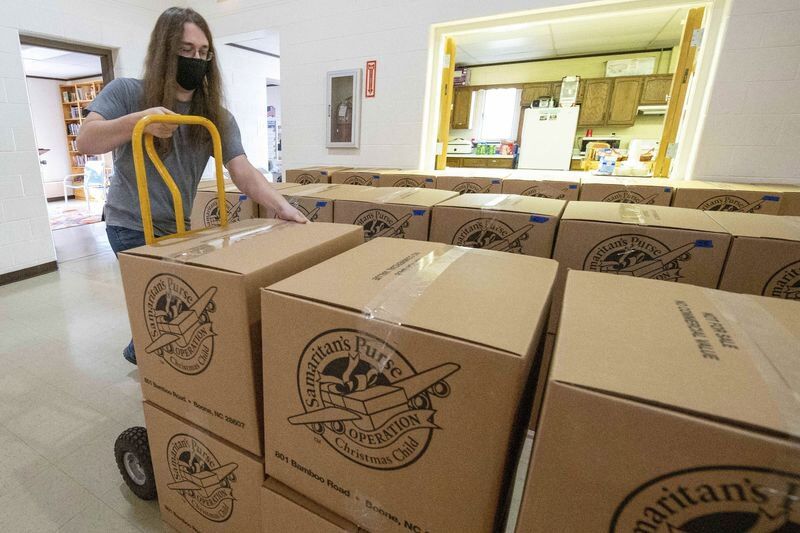 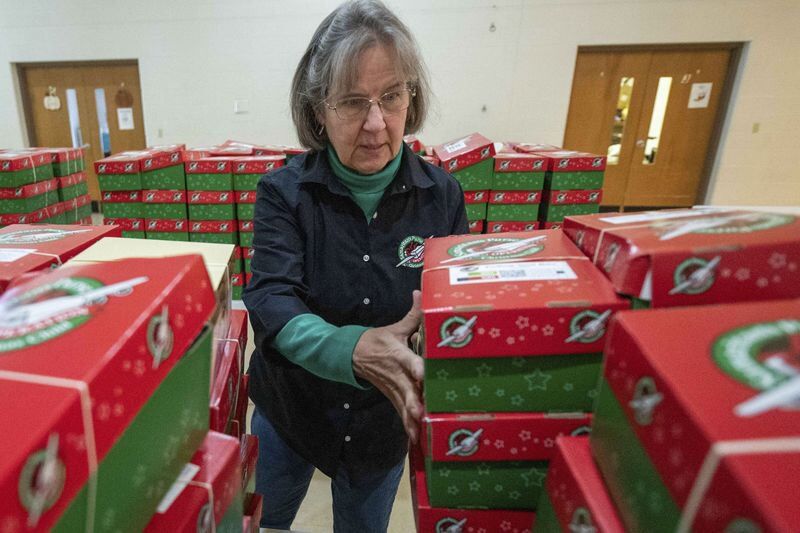 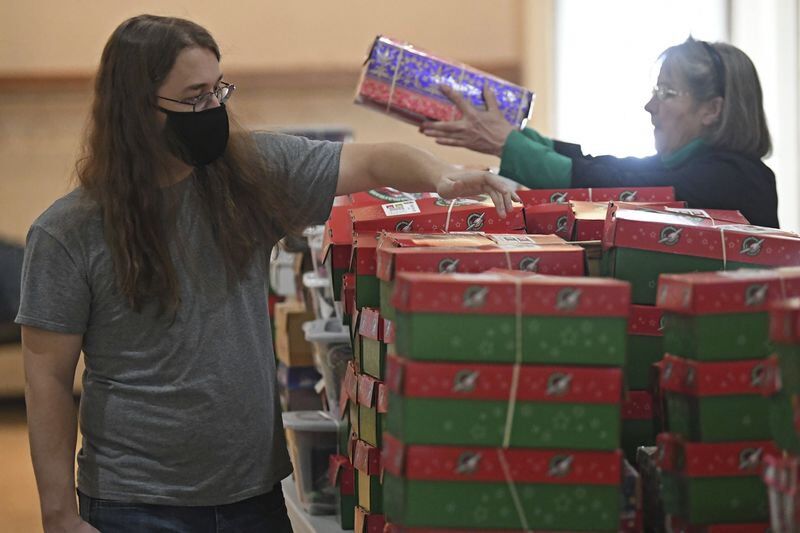 JEFFERSON — First Baptist Church is preparing to send more than 1,500 shoeboxes filled with gifts for children around the world as part of Operation Christmas Child.

For many of these children, it will be the first Christmas gift they will receive, said Yvonne Woodworth, drop-off center team leader.

The global Christmas project is put on by Samaritan’s Purse, an international Christian relief and evangelism led by Franklin Graham, son of the late evangelist, Billy Graham. This year marks the program’s 27th anniversary, and organizers hope to send shoeboxes to 11 million children around the world.

Woodworth, a parishioner at First Baptist Church, said the whole church pitches in when it’s time to pack boxes.

“We are very blessed to have an enthusiastic crew,” she said. “It is exciting to see the community come together to share the good news of Jesus Christ with millions of boys and girls around the world.”

First Baptist Church is one of nearly 4,000 drop-off locations throughout the United States and Puerto Rico.

Those churches, in turn, bring cartons filled with shoeboxes to First Baptist, where a big truck will pick up cartons of shoeboxes Monday and transport them to Boone, N.C.

“It’s a very, very good cause,” said volunteer Sherry Cornell of Jefferson. “Anyway I can help with missions, I help.”

Ashtabula County residents are not alone in their effort to help children around the world. More than 150,000 U.S. volunteers — including families, churches and other groups — are joining forces to contribute to the largest Christmas project of its kind.

After receiving a shoebox gift, children have the opportunity to enroll in a 12-lesson follow-up discipleship program, “The Greatest Joy.” Since 2009, more than 23 million children have participated in the program.