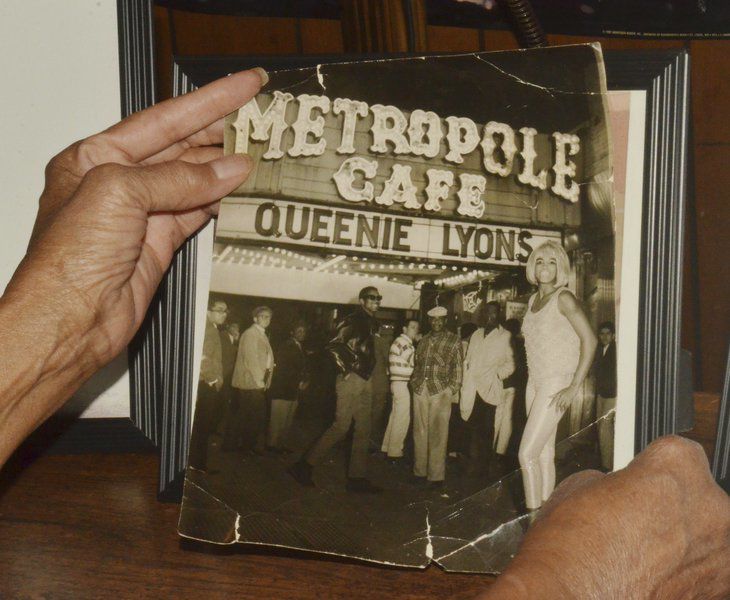 Queenie Lyons holds a couple of pictures of herself when she played the Metropole Cafe on Broadway in the early 1960s. 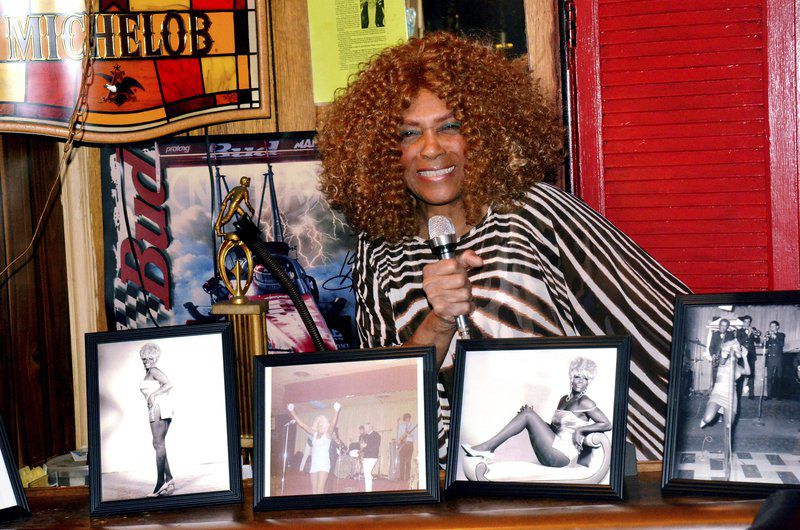 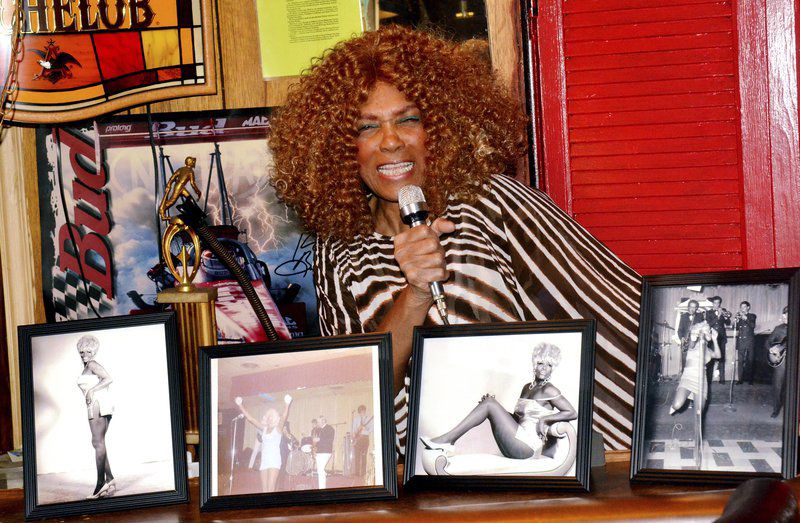 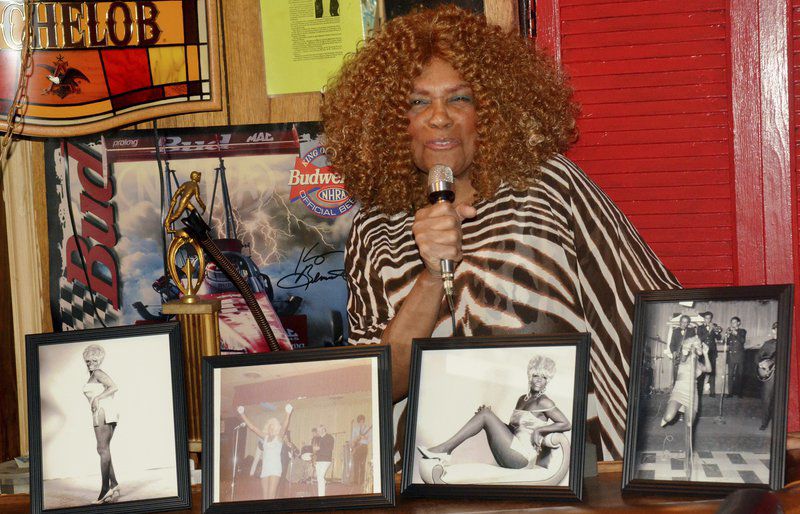 Queenie Lyons holds a couple of pictures of herself when she played the Metropole Cafe on Broadway in the early 1960s.

ASHTABULA — The 1960s and ’70s were a time of intense musical experimentation and cultural change throughout the United States.

Ashtabula native Queenie Lyons was at the forefront of that musical intensity performing in high profile clubs in New York City and across the country.

Lyons said she left Ashtabula in 1963 to try her hand at the highest level of music focusing on Rock and Roll, Soul and Blues in New York City and left about a dozen years later to return to Ashtabula.

In between Lyons performed with James Brown, Fats Domino, Ray Charles and Ike and Tina Turner and led her own band “Queenie and her Panics” for five years. She also said the Beatles sat front row at one of her shows at a theater on Broadway before they headed off to play the infamous “Ed Sullivan Show”.

The first step on the trip to the “big time” occurred while attending a club in Geneva-on-the-Lake when she was 15 years old. After she agreed to sing a tune with a local band, that included a friend’s boyfriend, the “Chatterbox” club management recognized her talent and asked her if she would like to sing with a house band.

They were surprised to find her age and set up an appointment to have her perform on weekends. She worked weekends for two years, added a Wednesday night and then worked for two full years at the “Castaways” after her graduation from Ashtabula High School in 1961.

“Castaways” was built during her four years working for Jimmy Brown, Jim Miller and Leonard Craft as they transitioned from the “Chatterbox” to “Castaways”, she said.

After completing her two-year commitment to the club she said the three men made good on their word and set her up with a booking agent in New York City. “Lived with my aunt and uncle in Queens,” she said of her early days in the big city.

“I loved every minute of it. I had a good career,” she said.

“The first time I stepped on a stage (at G-O-T-L) I knew that was what I wanted to do. ... It was exciting,” she said during an interview at Queenie’s Lounge which she has owned and operated since March of 1979.

“You can get to the point where you have the audience in the palm of your hand,” she said.

She said during her early days in New York City she met Sammy Davis Jr. and Lola Falana who urged her to follow her dreams.

One of the first places Lyons played was the Metropole Cafe located at 7th Avenue and 48th Street near the heart of Broadway.

New York City was home base but Lyons traveled around the country, generally for three or four weeks at a time, before returning to the Big Apple for a week or so.

When in the Midwest Lyons said she would often play at “Wine and Roses” in Chicago. “They billed me as a female James Brown,” she said.

Lyons said Brown signed her to be one of his performers on the road and eventually helped her create her only album which is still available for sale after a Japanese company bought the rights several years ago she said.

“He was a great guy. A great man,” Lyons said of Brown.

The interest in her music has escalated over the years, said Andy Oxley, owner of B-Side Music on Main Avenue in Ashtabula. “Over the years more and more people were coming in (to the store) looking for her,” he said.

He said over the years many music fans started to branch out from the main entertainers of the time period to learn more about the people in their bands.

“It is really cool to hear those stories,” Oxley said.

Lyons said she moved to Ashtabula in 1952 when she was 10 years old.

She said she loved growing up in the city and never felt prejudice but did feel support.

A weekly dance contest at Lake Shore Park, which she says was often won by her and her brother Wash, was a mix of a variety of ethnic backgrounds that just had a good time together.

Lyons said her father Wash Lyons Sr. and mother Fannie Mae Lyons worked hard and provided for her and her seven brothers and sisters.

Wash Sr. worked at Racer Tannery and after raising the children Fannie Mae worked in the kitchen at Ashtabula High School. “She was like a mother to everyone,” Lyons said.

Lyons said there was a strong feel of community when her family moved to the area in 1952.

“We were the first black family on that street (West 29th Street) and there were never any problems,” she said.

“We all got along great and that’s the way it should be,” she said.

When Lyons came back to Ashtabula in the mid ‘70s she managed a bar for her brother Wash and her husband Roosevelt Kelly also ran an establishment in town.

She then bought “Queenie’s Lounge” on March 28, 1979 and has been operating it every since.

She said she came back to Ashtabula to raise her only son, Cheyrone Kelly, in a place that she believed was good for kids. However, he was robbed and murdered in 2007.

Lyons said it is important for young people to have goals.

“I would say whatever you do try and be the best at it. Believe in yourself and trust in God,” she said.