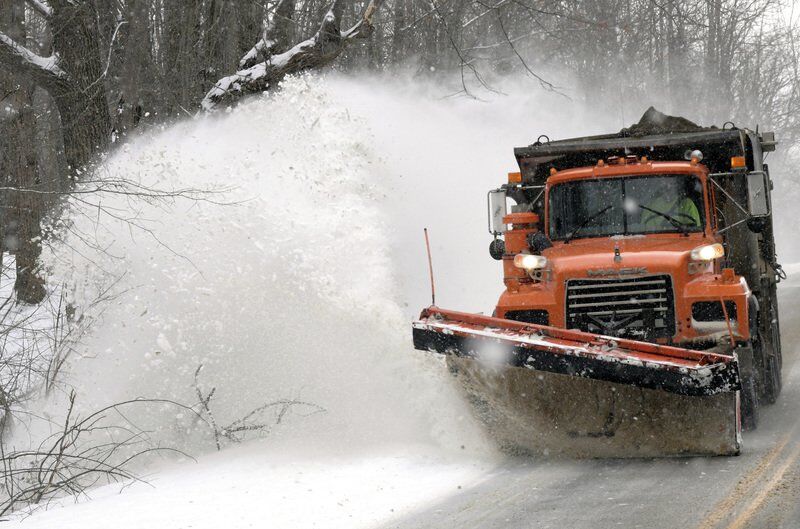 Sledders (from left) Mackenzie Kotnik, Josie Tackett, Joey Kotnik, Remi Kotnik and Jennifer Ball walk up a hill at Lake Shore Park after a ride down on Tuesday afternoon. 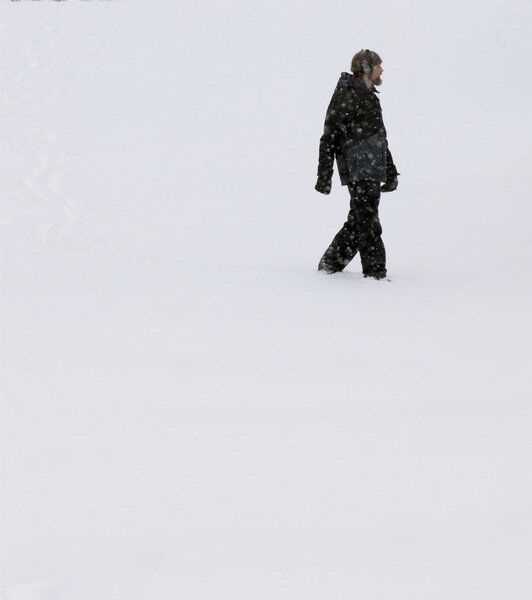 A walker navigates Hulbert Avenue on Tuesday afternoon in Ashtabula. 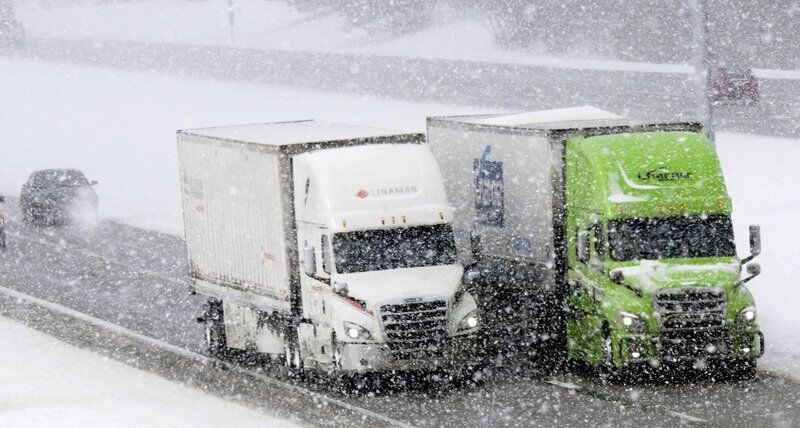 Sledders (from left) Mackenzie Kotnik, Josie Tackett, Joey Kotnik, Remi Kotnik and Jennifer Ball walk up a hill at Lake Shore Park after a ride down on Tuesday afternoon.

A walker navigates Hulbert Avenue on Tuesday afternoon in Ashtabula.

Snow shovels, ice scrapers and snow blowers got a work out Tuesday as Old Man Winter stepped from the shadows Monday night and Tuesday to serve up ample amounts of snow, sleet, cold and gusting winds. Conditions were expected to improve today, with cloudy skies and a sprinkle of snow this afternoon, according to the National Weather Service.

Local weather observer Ron Coursen, of Ashtabula, said it could have been worse — Monday’s forecast for Tuesday predicted up to a foot of snow in the area.

“A warm air aloft changed the snow to sleet and rain; this cut back on snow accumulations considerably,” he said. “Mother Nature always has the last word.”

Ice topped with snow encased vehicles and slowed traffic across the area. Roads in the region were ice-and-snow-coated but passable, officials said. State highways, including Interstate 90, remained open but covered with snow and ice in spots, according to the Ohio Department of Transportation.

Blowing snow limited visibility and made driving treacherous and contributed to several minor traffic accidents, according to reports.

Every corner of Ashtabula County reported significant snow. Seven inches fell in Geneva; four inches were on the ground in Orwell. Ashtabula received four inches of new snow. In Lake County, Madison got five inches of snow, and parts of Geauga County were pounded with up to eight inches of the white stuff, according to weatherstreet.com.

Road plowing crews saw an early start Tuesday, trying to keep up with the storm. In Ashtabula, crews were out in three shifts, City Manager Jim Timonere said.

The bad weather took a toll on schools around the county. All public and private schools were closed Tuesday, as well as Kent State University at Ashtabula.

Area residents are expected to wake up to 3 degrees today, with a minus-4 degrees wind-chill factor. Some snow is expected this afternoon, and temperatures will climb into the lower 20s, according to the National Weather Service in Cleveland.

Coursen warns residents to keep their parkas and mittens handy because another storm system is coming Thursday and Friday.