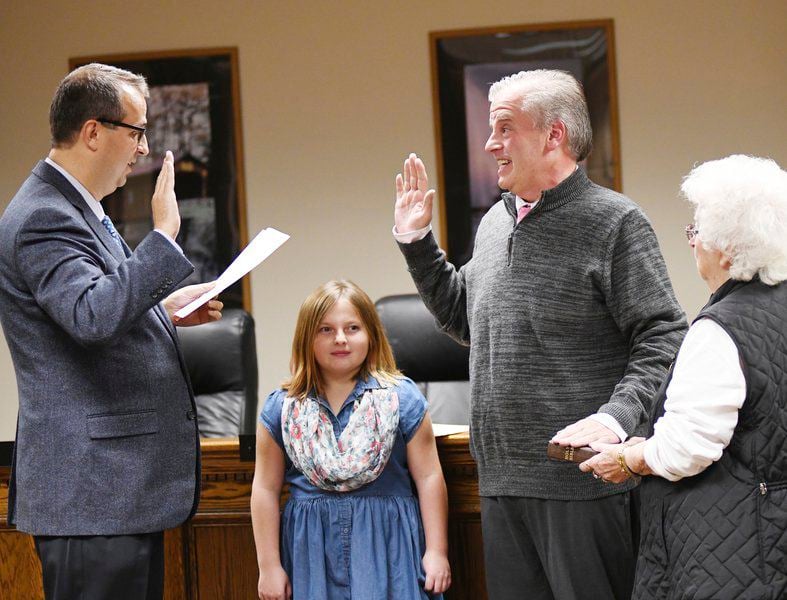 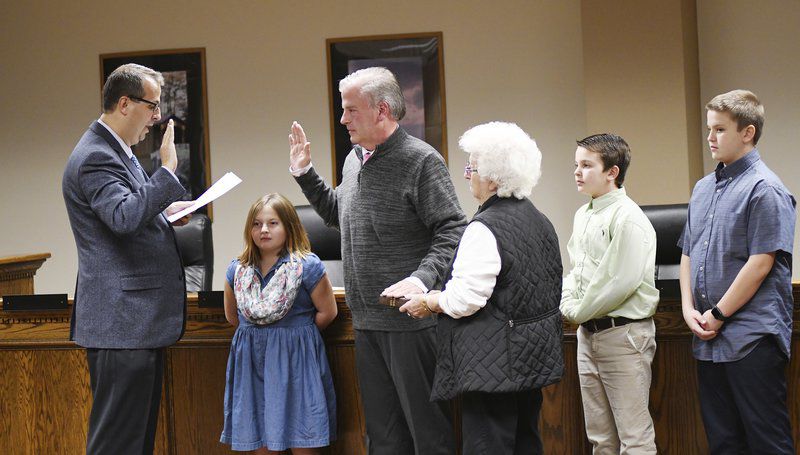 ASHTABULA — Ashtabula’s newly elected City Council members, as well as re-elected city manager and solicitor, were sworn in Tuesday during a ceremony at the Municipal Building.

Clerk of Council Stacy Senskey served as mistress of ceremonies and welcomed the standing-room-only crowd of “awesome faces,” she said. “It’s an honor to share the evening with you.”

An opening prayer by the Rev. Raymond Thomas of Our Lady of Peace Parish asked God to guide the city’s leaders.

Clerk of Council LaVette Hennigan administered the oath to the new vice president, Michael Speelman, witnessed by his daughter, Jenna; parents Cathy and David Speelman and the Speelman’s Yorkshire terrier, Charlie. Speelman’s wife, Chrissy, couldn’t make the ceremony because she’s in the hospital, having donated a portion of her liver to someone in need.

“Thank you for the good work,” Patterson said.

Hennigan, who is retiring after nearly 30 years on job, was honored with a reception after Tuesday night’s ceremony. More than 50 city officials, community leaders, friends and family showed up to express their best wishes to her for her retirement.

“We are going to miss you,” said the Rev. Steve Sargent, associate pastor at Hiawatha Church of God in Christ, who closed the swearing-in ceremony in prayer. “She’s been a jewel to our city.”

Hennigan praised God for her family, job and “so many people who have been kind” throughout the years, she said. “You’ve enhanced my life and you’ve given me a quality of life.”