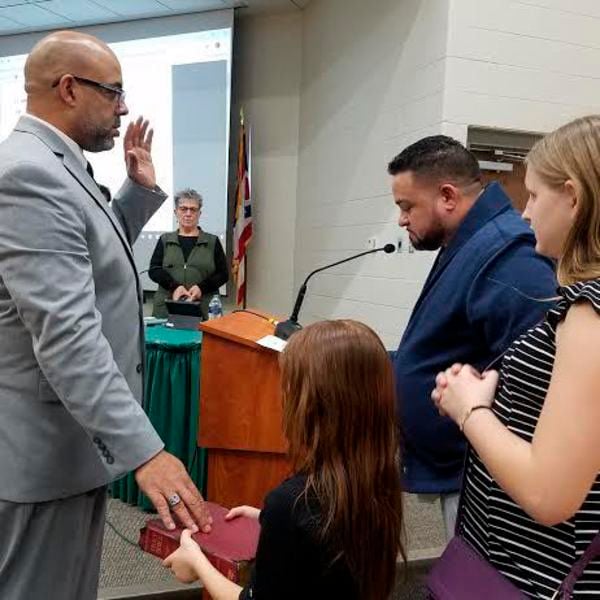 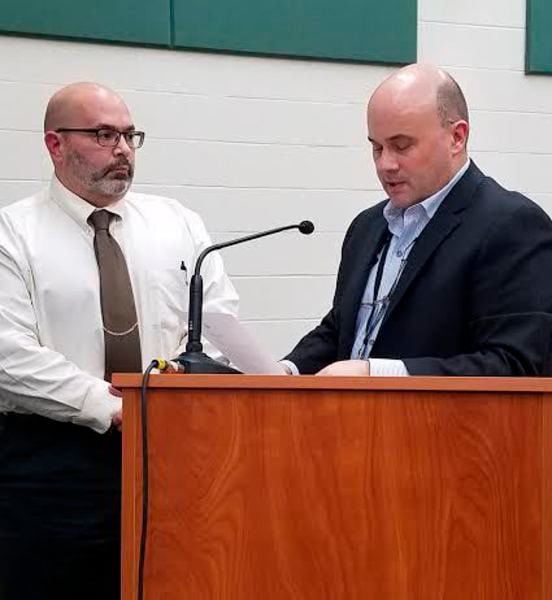 A former substitute teacher, Timothy Fleming, had his childhood friend, Felix Rivera, swear him into office, while his daughter, Avangeleena Fleming, held the Bible. Her sister, Gwenth Sanders, served as witness.

At an organizational meeting, the five-member board elected Debra Barrickman as president and Christine Sieffert as vice president for the new calendar year.

Both women won the positions by a unanimous vote. The women also both ran for re-election in November 2017, and retained their seats.

Barrickman thanked the board for the “vote of confidence.”

• The board set its regular meeting dates for 6 p.m. the third Wednesday of every month.

• The board approved paying $7,600 in membership dues to the Ohio School Board Association.

Barrickman, who’s held the post for the past two years, said, “You tell the board what’s going on in Columbus.”