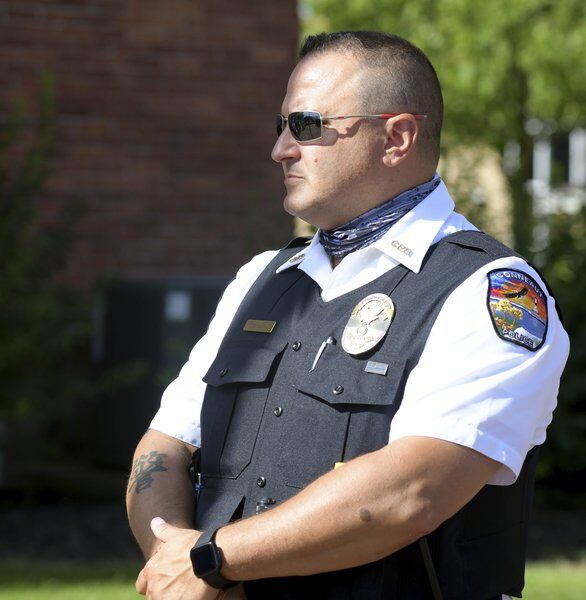 Conneaut Police Chief Mike Colby listens to a speaker during the one year anniversary of the Crime Enforcement Agency of Ashtabula County held on Friday morning at the peace officer's memorial in Jefferson. 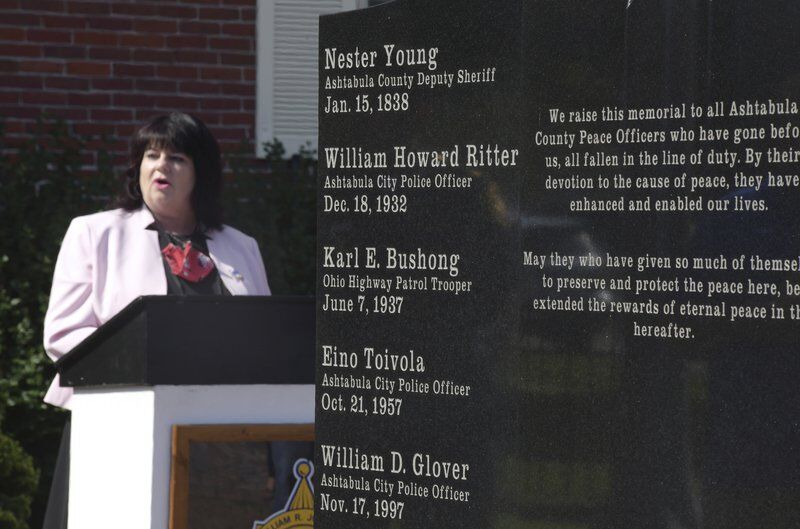 Ashtabula County Commissioner Kathryn Whittington makes a point during the one year anniversary of the Crime Enforcement Agency of Ashtabula County held on Friday morning at the peace officer's memorial in Jefferson. 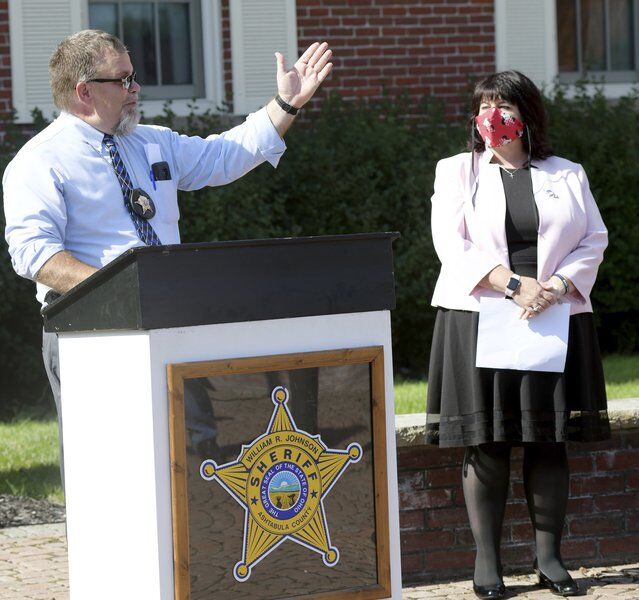 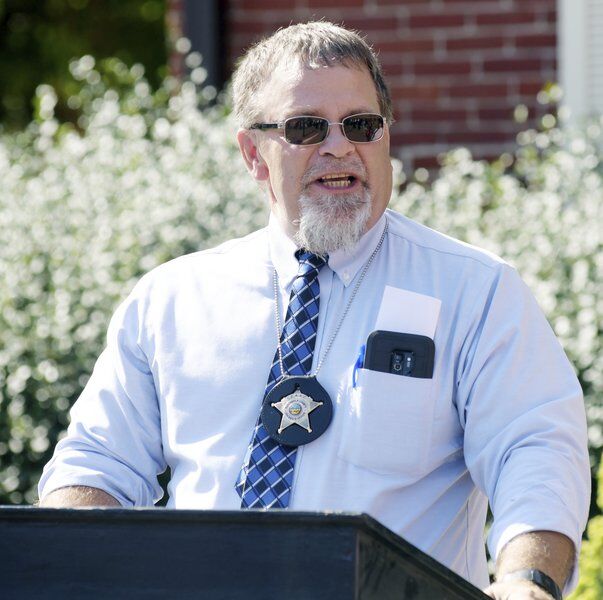 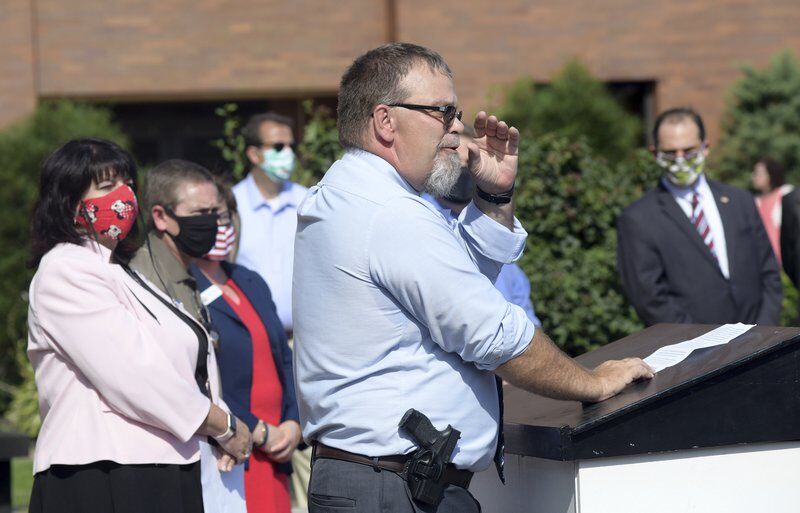 Conneaut Police Chief Mike Colby listens to a speaker during the one year anniversary of the Crime Enforcement Agency of Ashtabula County held on Friday morning at the peace officer's memorial in Jefferson.

Ashtabula County Commissioner Kathryn Whittington makes a point during the one year anniversary of the Crime Enforcement Agency of Ashtabula County held on Friday morning at the peace officer's memorial in Jefferson.

JEFFERSON — Elected officials and members of the law enforcement community gathered Friday at the Peace Officer’s Memorial to commemorate the first birthday of the Crime Enforcement Agency of Ashtabula County.

CEAAC (pronounced “cease”) was officially announced on July 1, 2019, as a partnership between the Sheriff’s Department, and the Ashtabula, Conneaut and Geneva police departments. CEAAC was created after Ashtabula County left TAG, the former multi-county drug task force.

Sheriff William Johnson and Commissioner Kathryn Whittington made multiple phone calls and trips to Columbus to secure funding for the creation of CEAAC, Johnson said.

When CEAAC was created, the participants essentially had to build a new law enforcement agency from the ground up, said Stacy Millberg, public information officer for the Ashtabula County Sheriff’s Office and CEAAC.

“We had to pull officers from four different agencies, who were used to doing things four different ways together, and to get them going in one direction,” Commander Greg Leonhard said. “We had to scramble to put grants in place, write policies and procedures and interagency agreements. We had to manage a transfer of evidence from TAG to CEAAC, and to start an evidence room from scratch.”

CEAAC has shown it is more than a just drug task force, Leonhard said. CEAAC has investigated more than 20 fatal overdoses, assisted in two homicide investigations, and other cases that involve state and federal fire arms cases, he said.

Leonhard emphasized the community outreach work that CEAAC has done.

CEAAC has created a Cops and Kids Campout, and has hosted a town hall meeting in November, and was planning another in March, which was cancelled due to COVID-19, Leonhard said.

“[These programs] were created with the idea that if you know someone, you’re more likely to engage with them in a positive way in times of trouble,” Leonhard said. “We want members of the public to feel comfortable reaching out to us through [CEAAC Chaplin and Community Liason Steve Sargent], or through members of CEAAC, to get answers to difficult questions, and to voice their concerns over specific incidents or problems in their neighborhoods.”

The task force has received about $250,000 in grant money, Johnson said.

“We’re going to continue to go after every grant possible to advance our task force,” he said.

“CEAAC has proven to be a strong and dedicated task force in combating the fight against drugs and violent crimes,” Whittington said. “I am proud to stand here and be part of the creation of CEAAC, and look forward to the continued growth of this task force.”

One of the steps that the county has been taking to crack down on drug activity is charging drug dealers with involuntary manslaughter when someone who bought drugs from them has a fatal overdose.

Those cases are labor-intensive, but they have acted as a deterrent, Leonhard said. Some people have stopped dealing fentanyl because of the potential to be charged with involuntary manslaughter, he said.

Dealers who are convicted of involuntary manslaughter due to an overdose have been sentenced to around eight years in prison, Leonhard said.

Johnson ended the event with a warning to people involved with illegal drugs.

“And when the investigation is completed, you will be charged and you will go to jail.”