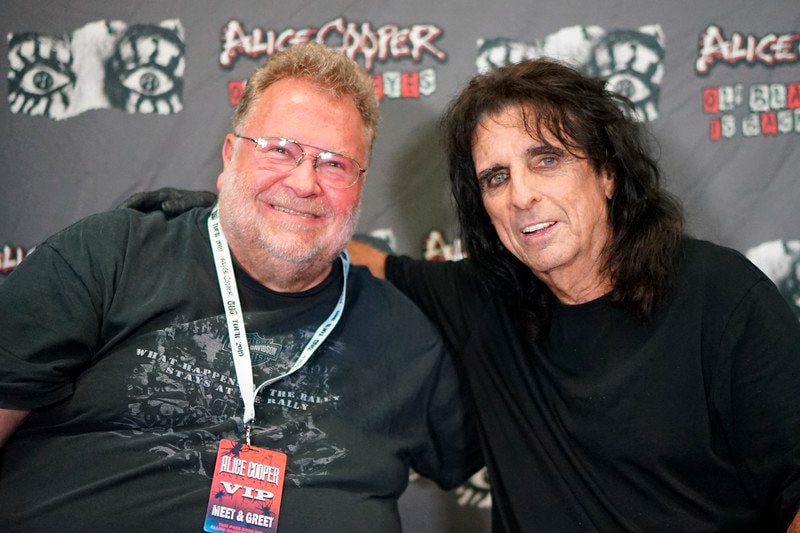 Rich Kotila, Andover village solicitor, pictured with Alice Cooper during Cooper's tour through Cleveland last summer. Kotila is a bassist who credits Cooper as one of his biggest rock music influences. 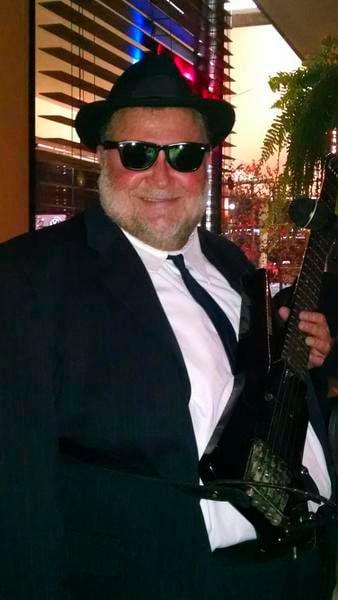 Rich Kotila, Andover village solicitor, pictured with Alice Cooper during Cooper's tour through Cleveland last summer. Kotila is a bassist who credits Cooper as one of his biggest rock music influences.

Kotila, an attorney who serves as the Andover village solicitor and senior vice president and general counsel of Andover Bank, hasn’t only been practicing law for several decades. He’s been practicing riffs and jamming out on bass and other instruments for just as long.

These days Kotila can be found playing in a classic rock band called “Replay” which is comprised of other professionals including a mortgage broker, stock broker, two lawyers, a family practitioner, oral surgeon and podiatrist.

Kotila, who is originally from Bedford where he graduated from Bedford High School in 1973, started playing clarinet in the fifth grade. From there, he moved on to tuba, an instrument he played in the marching band.

“I moved from clarinet, to trumpet, top bassoon to tuba,” Kotila said. “Along the way I picked up guitar, bass and piano. Piano all I can really do is play chopsticks.”

But it was in 1971 that Kotila got his sights set on rock music — the era of performers and bands like Alice Cooper, Grand Funk Railroad and Yes.

“I learned how to play guitar and bass by listening to Beatles, Rolling Stones and Chicago,” Kotila said. “I was a big Chicago fan, and I learned a lot of the stuff off their first and second album. I also played a lot of Grand Funk and a lot of Alice Cooper.”

Kotila made sure he wasn’t just listening to such bands, he went to see them live as well. One concert that sticks out in his mind is seeing three headliners — Chicago, Yes and Alice Cooper — at the Akron Rubber Bowl in 1972.

“Being a bunch of high school hippy kids, we pretty much trashed the Rubber Bowl,” Kotila said.

In 1972 Kotila and some friends from the marching band formed a band called “Apple Corps” and he played his first public performance at the French Club Mardi Gras in Bedford.

“It was sometime in March,” Kotila said. “We played three songs and we were absolutely horrible. A band followed us and we realized after they started playing that we weren’t worthy to carry their instruments.”

When Kotila graduated high school he made sure to apply at a school where he could still get his musical fix.

“Part of the reason I went to college at DePaul University is that it was a small college with a marching band,” he said.

At DePaul, during the beginning of his junior year, he ran into a guy who had a guitar and another band was formed called “Harvest.” All members had long hair and looked the part, Kotila said.

“We became the band on campus,” Kotila said. “At that time, bands would come to play fraternity houses and they were charging $300 and coming out of Indianapolis. We would play for $100. We became the go-to band for all fraternity and sorority parties because we were good and cheap.”

So how does someone who loved to rock become a banker and lawyer? At the start of college, Kotila was a communications major, not a music major, who participated in marching band, brass choir and the festival choir.

A choir director told Kotila to keep music as a hobby and not a vocation. He took the advice to heart and dropped the choirs and stayed in the marching band, which spurred his academic pursuits.

“I was going to go to communications graduate school,” Kotila said. “I happened to take a business law course and I absolutely loved the idea of being a lawyer in a small town.”

Upon graduation from college, Kotila attended Cleveland Marshall College of Law. For the first time since fifth grade he said he found himself somewhere without a band.

But not for long. Kotila soon joined a band that needed a bass player in 1977. Taking Saturday nights off to play a gig took his mind off the grueling nature of law school, Kotila said.

“I started playing weddings and parties,” Kotila said. “I played with some world-class musicians as a result of that. I did about 60 gigs a year in law school.”

One of Kotila’s bandmates over the years, Jon Sokol, who is musical director at Cuyahoga Heights Schools, said Kotila never calls himself a lawyer, but instead says he “is a bass player who practices law.”

However, Sokol, who has played with Kotila for more than 40 years, has a feeling all that legal training has had an impact on Kotila’s musical endeavors.

“What stands out about him is his attention to detail,” Sokol said. “I think he gets it from being a lawyer. He’s the same way as a bass player. Every rehearsal he’s got a pencil out writing notes to do the song perfectly. He’s just a really, really nice guy.”

Does Kotila have any regrets that he chose law and banking over hitting the road and becoming the next Gene Simmons? Not really, he said music is a passion, law is a living and he enjoys practicing both.

“For the first four or five years of law practice I would always tell people that if the Michael Stanley Band needed a bass player and they called me I would give up the law practice,” Kotila said. “Michael never called, so what are you going to do?”