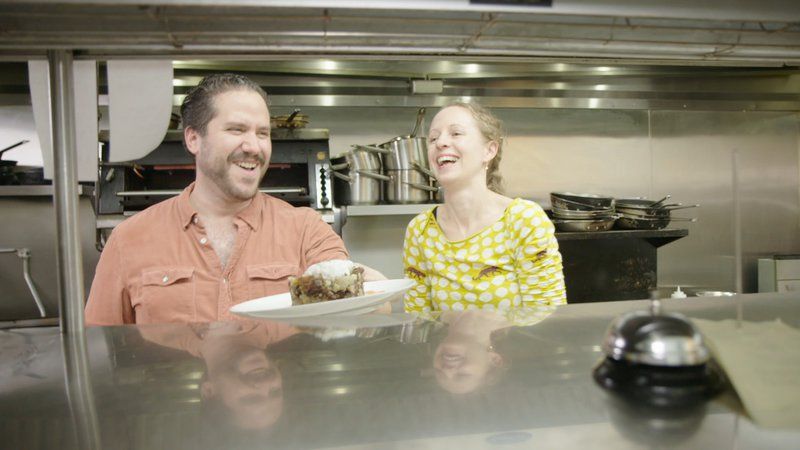 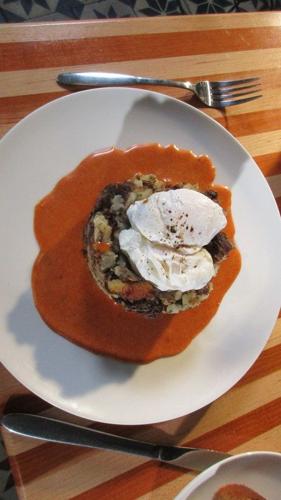 Guarnaschelli said it took her 7 minutes to eat what she called "turbo Eggs Benedict times 10." She hailed the "butter boost" and called the dish "amazing."

Julie Sundquist, executive director of the Greater Ashtabula Chamber of Commerce, said she recorded the episode.

"It was fabulous," she said. "What a great way to showcase all the things we have in our area."

"It looked really great," she said. "That was exciting."

City Manager Jim Timonere said he believes the Food Network spot will bring in more people from out of town. Rennick already has a big name —and draw — with locals, he said.

The restaurant's owners, Jennifer Pociask and Alex Asteinza, moved from New York City to Ashtabula a few years ago to open the restaurant.

They said Tuesday they were pleased with the show.

"It's weird seeing yourself on TV and hearing your voice, but it was very good," Asteinza said. "It looked great and they got some nice shots of the Ashtabula Harbor."

The couple believes the segment will boost their weekend brunch crowd, Asteniza said. That's when they serve their short rib hash.

Timonere said Asteinza and Pociask have been a tremendous addition to Bridge Street. Together, the couple has more than 30 years of restaurant experience. Pociask worked for years as a sous chef, while Asteinza has been everything possible, from pastry chef to executive chef.

Two years ago while visiting her father in Ashtabula, Pociask visited Bridge Street and spotted an old building for sale, 1104 Bridge St. When she and Asteinza looked inside, they believed it was the perfect place to open a restaurant.

"They are extremely talented and we are lucky to have them in our town," Timonere said.

The Food Network's description for the episode, entitled "Pig Out," reads: "Celebrities and Food Network stars are fessing up and revealing their guilty pleasures."

If a host from the Food Network ever returns to Ashtabula, Asteinza and Pociask said they will recommend their beef stroganoff.

"It's unique," he said. "We make our own noodles and use slow-cooked short ribs."