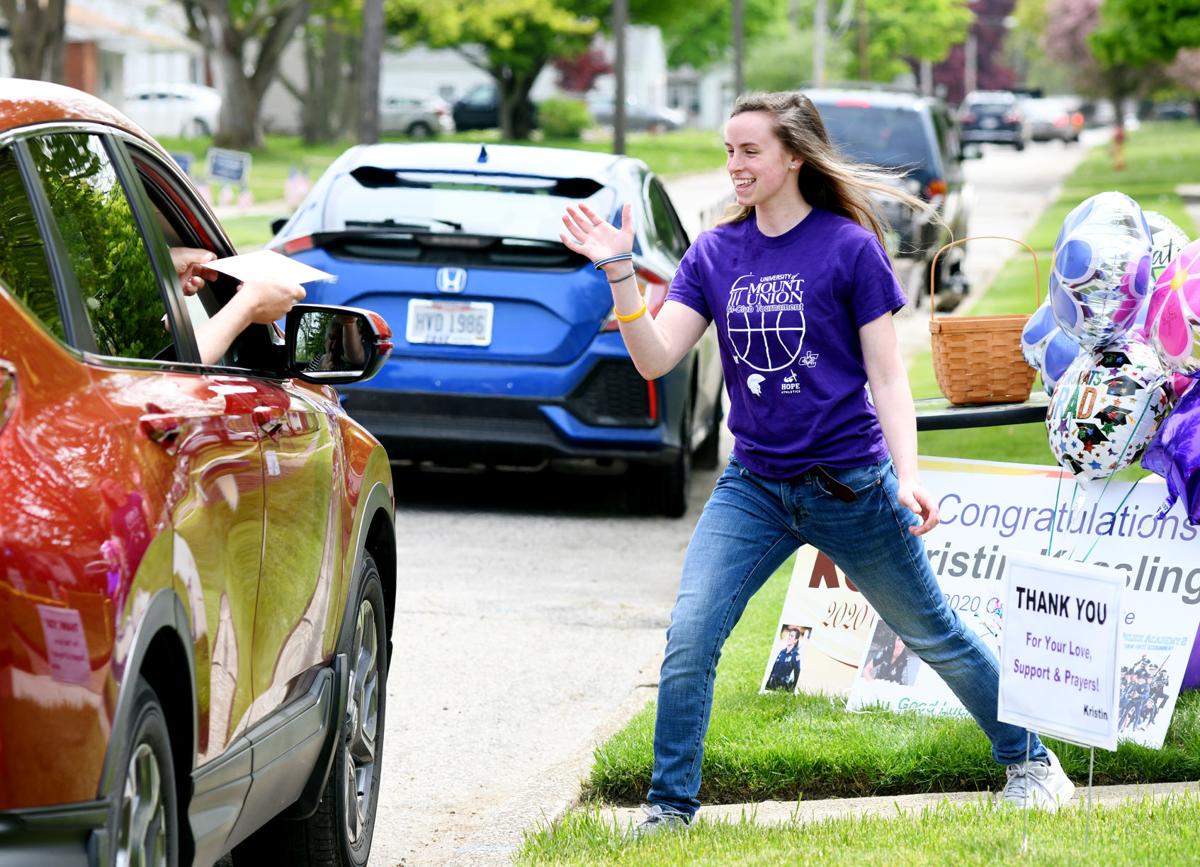 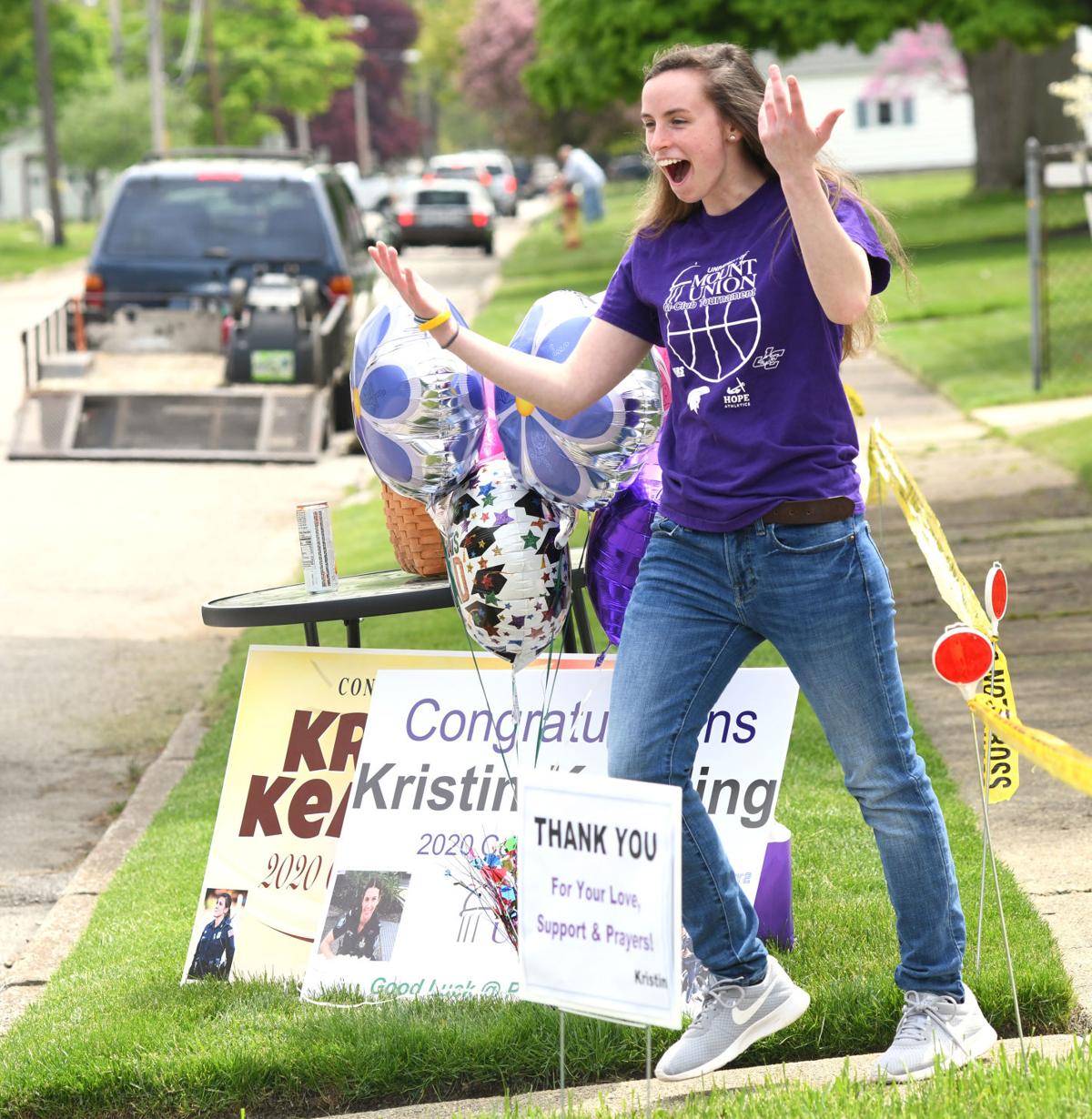 ASHTABULA — An all-out effort to keep a college drive-by graduation party a secret was successful on Saturday afternoon as Susan Keasling kept the event from her daughter Kristin Keasling.

"I couldn't understand what was taking so long," Kristin Keasling said about waiting for a photographer to come take her picture.

She was sitting outside the house with her mother when the first of 30 cars drove by honking their horns along Norman Avenue in the Harbor.

"I am very blessed with all the family support," she said.

Keasling had her virtual graduation from the University of Mount Union last week, when she received a Bachelor of Arts Degree in Criminal Justice and a minor in Sociology.

"The next step is Kent State Trumbull for the police academy," Kristin Keasling said of her plans for the summer. She said she hopes to be on the street as a police officer next year at this time.

"It is nice to see them in this crazy time," she said.

Susan Keasling said she planned to do the event last week but it turned out to be the school's virtual graduation ceremony so she postponed the event for a week.

"I just sent out invitations on Monday," she said.

The proud mother said she decided on the event because the graduation experience from college was taken away from her daughter.

"The only thing she wanted to do was to graduate and walk across that stage and she couldn't do it," she said.

A video camera was running to record the event for posterity, she said.