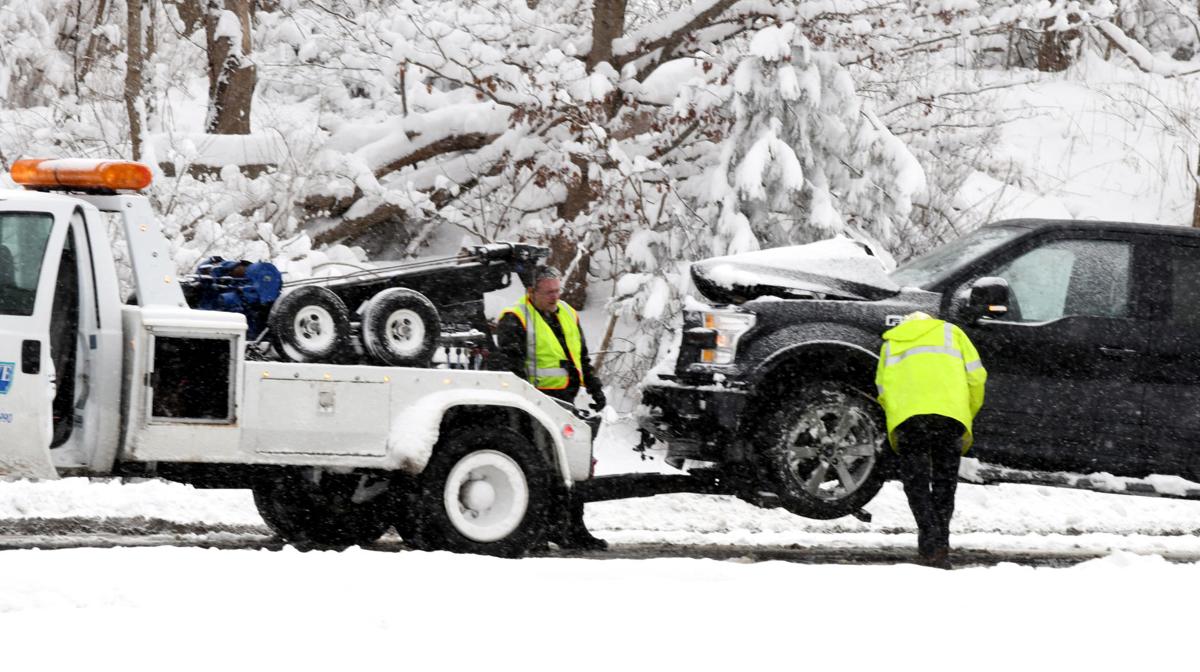 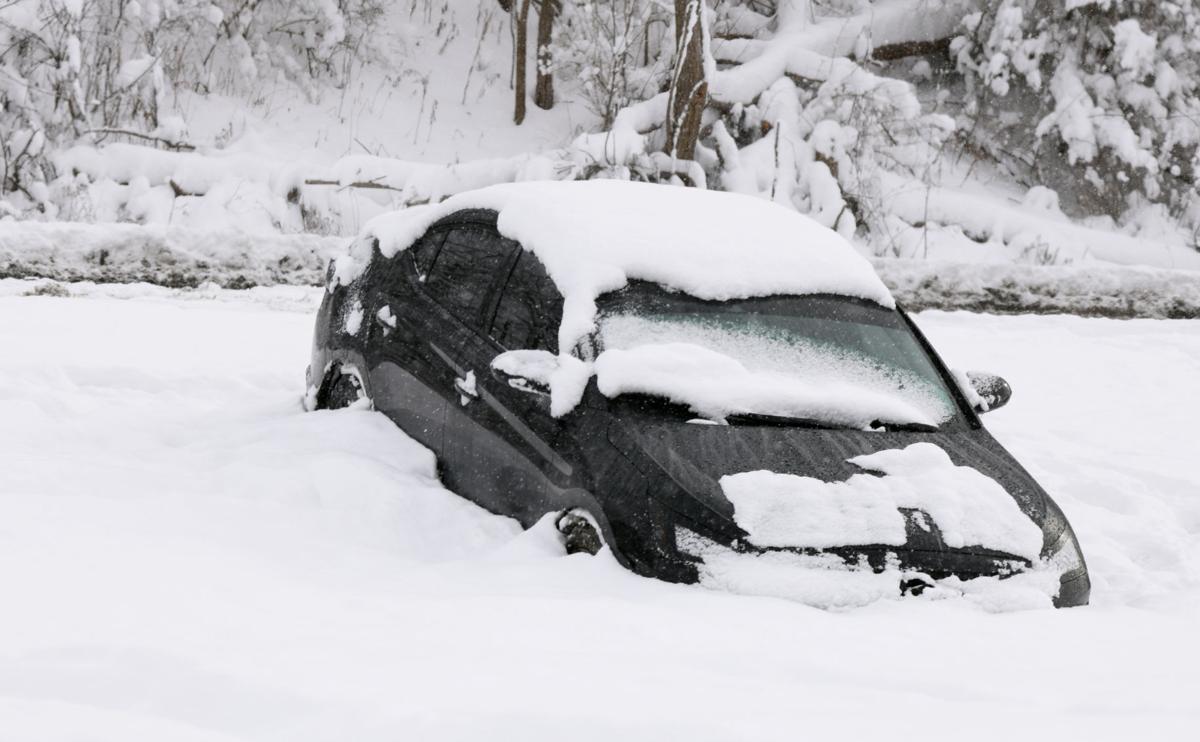 He said it was unclear what caused all the vehicles to end up off the road but the concentrated snow appeared to be a big part of the problem.

"At times there was whiteout conditions and then it would let up and then intensify," Lee said.

Lee said only one person was transported to UH Conneaut Medical Center with no apparent life-threatening injuries.

Numerous tow trucks could be seen removing vehicles from the roadway and the median on I-90 between mile marker 238 and 239. Lee said the Ohio Department of Transportation had crews on the scene as well.

Lee said plans were created to have Conneaut Area City Schools buses transport people to New Leaf Church for shelter but the service was not needed. He said the Conneaut Police Department was on the scene well into the afternoon as the cars and trucks were towed away.

I-90 was closed for a while in both directions and then the westbound lanes was opened, Lee said. He said the eastbound lanes were closed from Route 193 in Kingsville Township to Route 7 for most of the afternoon.

Lee said members of the West Springfield Fire Department blocked I-90 westbound at Route 6N and diverted traffic onto Route 20 into Conneaut and then North Kingsville before returning to Interstate 90 on Route 193.

He said the Kingsville Fire Department blocked I-90 at Route 193 with a detour to Route 84 and then Route 7, where motorists were able to get back on the highway.

Long lines of cars could be seen on Route 193, and Route 20, in mid-afternoon as out-of-town traffic tried to get back on I-90 to reach their destinations.

Lee thanked all of the agencies, churches and schools that offered their services to alleviate a potentially dangerous situation.