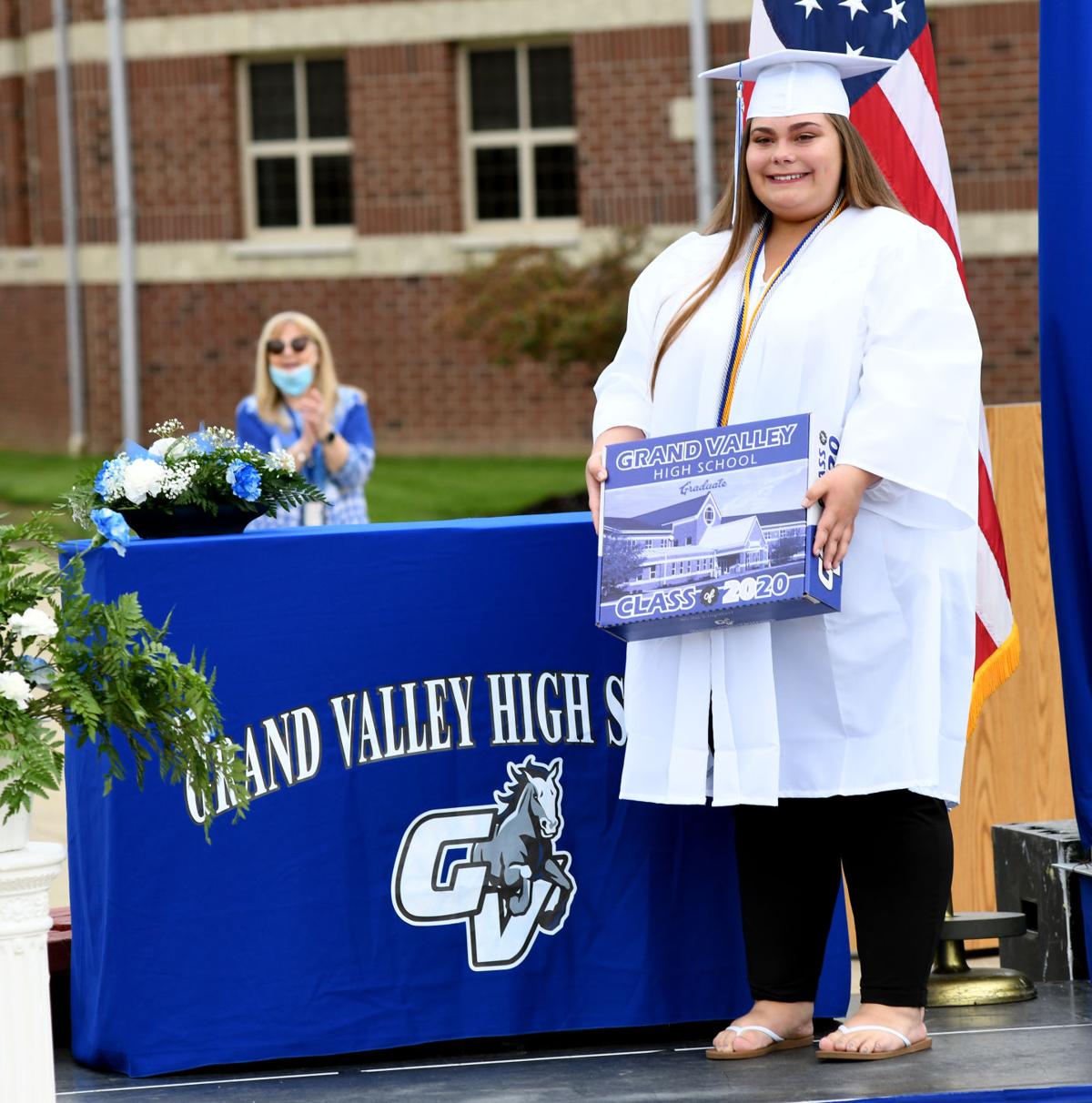 WARREN DILLAWAY | Star Beacon Grand Valley High School graduate Megan Copeland poses for pictures during the school's graduation program on Saturday afternoon which included one student receiving honors at a time due to the coronavirus pandemic. 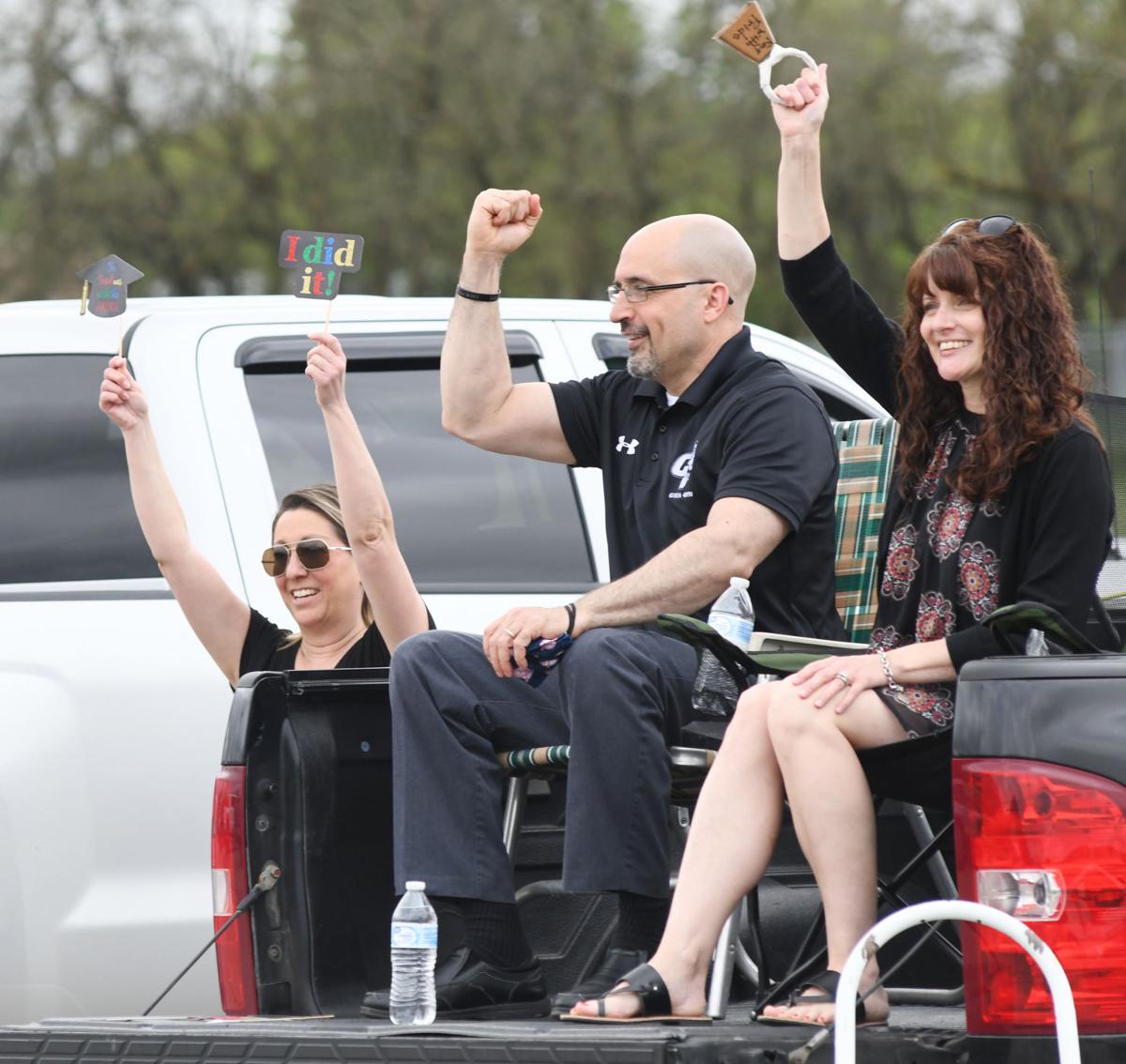 WARREN DILLAWAY | Star Beacon Grand Valley High School graduate Megan Copeland poses for pictures during the school's graduation program on Saturday afternoon which included one student receiving honors at a time due to the coronavirus pandemic.

ORWELL — As each graduate neared the makeshift stage in front of Grand Valley High School, cowbells clanged and cheers were offered as the vehicle came to a stop and the student got out to be honored after 13 years of schooling.

It was a new and different graduation experience as the coronavirus pandemic nixed large group gatherings and creativity had to come to the forefront. The graduation plan was put together after reviewing options offered by the Ohio Department of Education.

Grand Valley Local Schools Superintendent William Nye said the students had lost so much this year that the school wanted to make the experience as special as possible.

Masyn Anderson, a graduate, said he was happy to move on to the next stage of life.

"I am excited to be done with school. I think I am going to be working for a year and then going to college," he said.

"I actually really liked this a lot better. I didn't want to be sitting around waiting for everybody to graduate," he said.

The time to graduate was relatively short with each student walking across a small stage in front of a blue and white banner where their picture was taken by themselves receiving their graduation packet and another with their parents.

"It was pretty quick," Adams said.

A group of staff members sat 50 yards away from the stage, socially distanced from each other cheering on their former students.

Grand Valley High School Principal Doug Hitchcock read each name from a microphone about 20 feet from the stage. He said the process went well.

"Thank God for the weather," he said.

At one point there was a gap between graduates.

"We are a little ahead of schedule so we are waiting for customers," he said with a laugh.

The school is planning a video that will include each student walking across the stage, speeches from administrators and students as well as awards the students received.

Ian Dyke was the class valedictorian and Hallie Stoltis the salutatorian.

Nye said the video will be shown on June 2 at drive-in movie theater in suburban Cleveland with each student getting tickets for two cars to participate. He said the school paid for the theater rental for the evening.