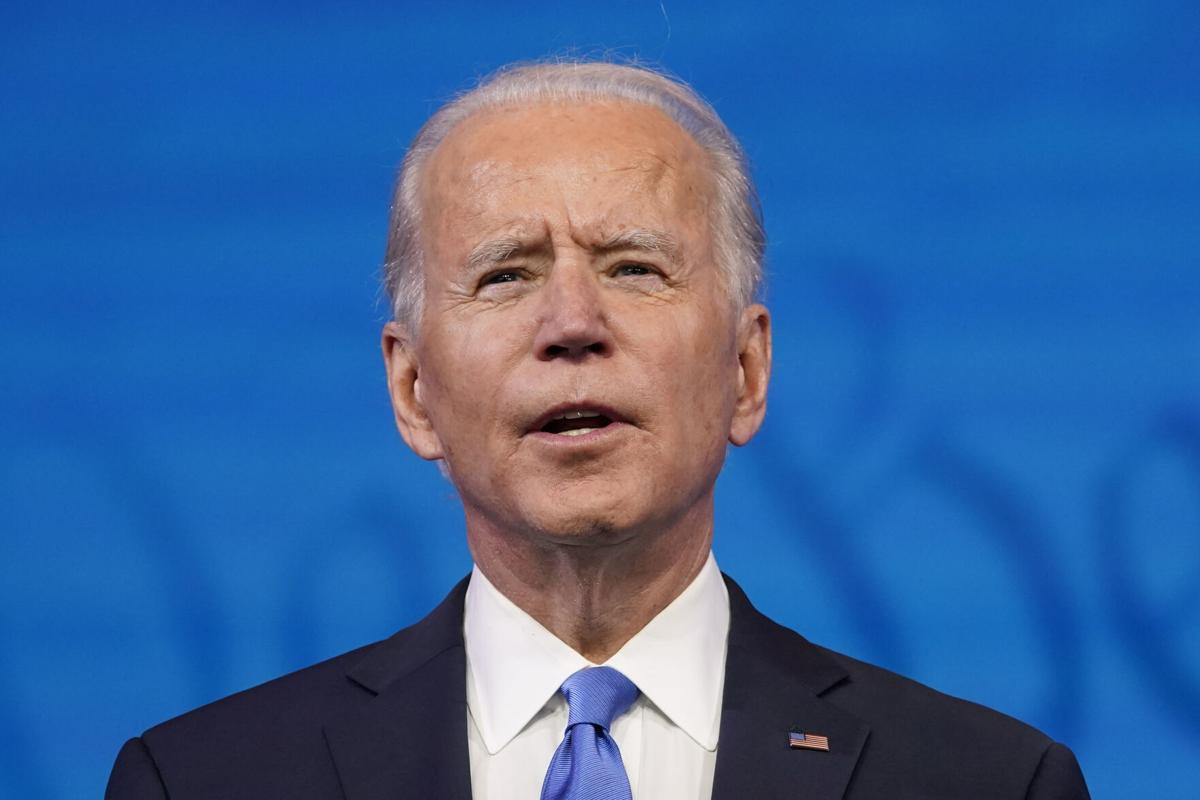 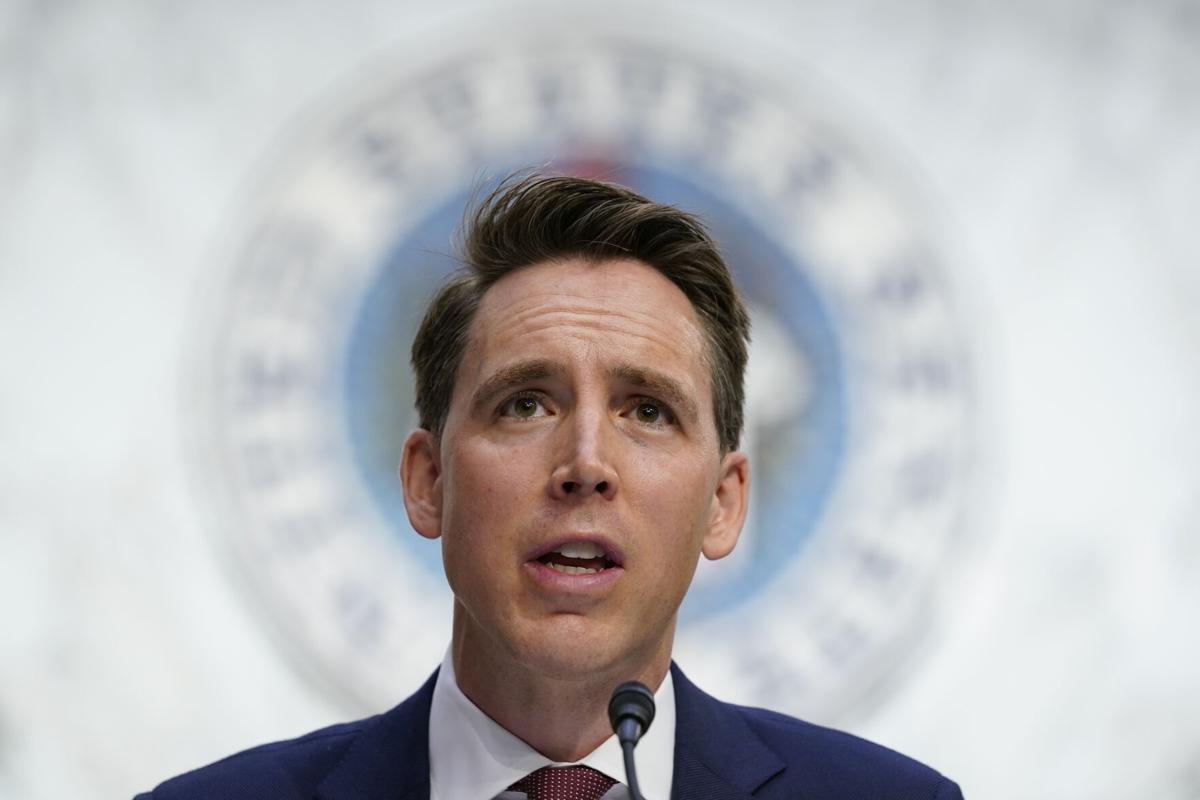 FILE - In this Oct. 12, 2020, file photo Sen. Josh Hawley, R-Mo., speaks during a confirmation hearing for Supreme Court nominee Amy Coney Barrett before the Senate Judiciary Committee on Capitol Hill in Washington. Hawley, says he will raise objections next week when the Congress meets to affirm President-elect Joe Biden’s victory in the election, forcing House and Senate votes that are likely to delay — but in no way alter — the final certification of Biden's win.(AP Photo/Susan Walsh, Pool, File) 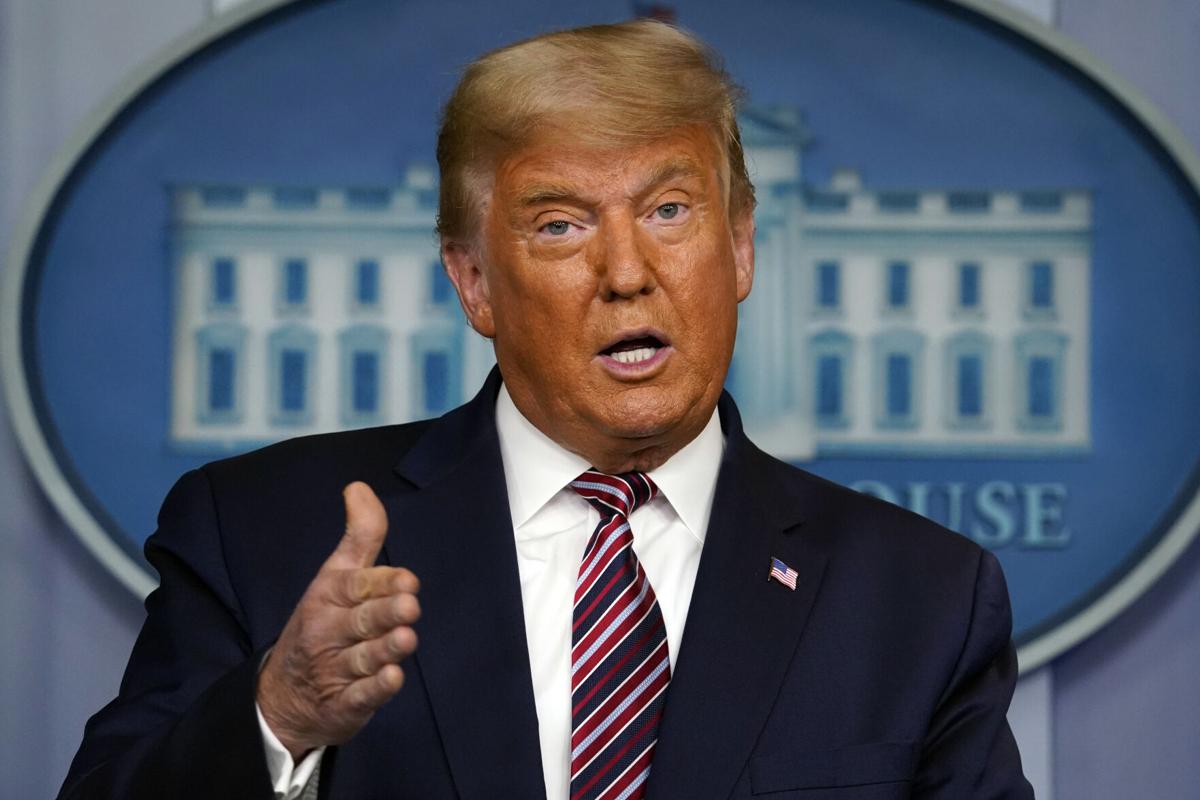 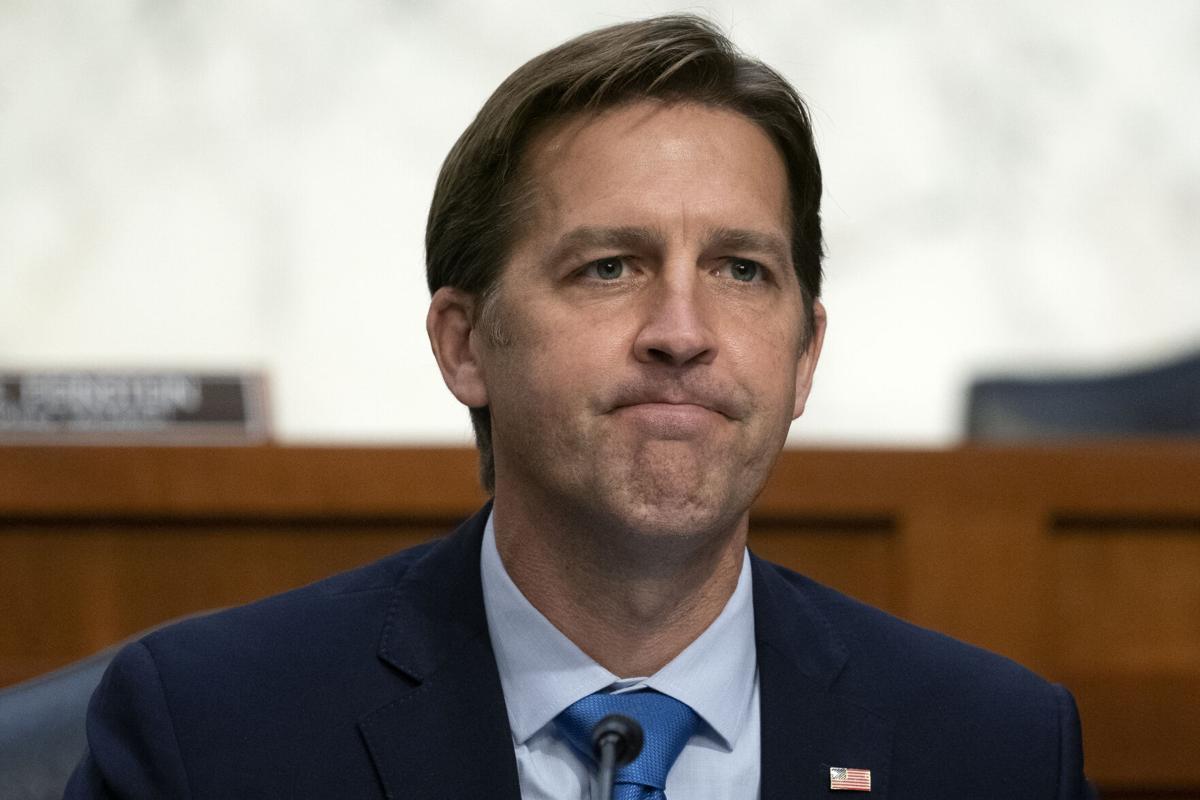 FILE - In this Oct. 12, 2020, file photo Sen. Josh Hawley, R-Mo., speaks during a confirmation hearing for Supreme Court nominee Amy Coney Barrett before the Senate Judiciary Committee on Capitol Hill in Washington. Hawley, says he will raise objections next week when the Congress meets to affirm President-elect Joe Biden’s victory in the election, forcing House and Senate votes that are likely to delay — but in no way alter — the final certification of Biden's win.(AP Photo/Susan Walsh, Pool, File)

WASHINGTON — President Donald Trump's extraordinary challenge of his election defeat by President-elect Joe Biden is becoming a defining moment for the Republican Party before next week's joint session of Congress to confirm the Electoral College results.

Senate Majority Leader Mitch McConnell is urging Republicans not to try to overturn the election, but not everyone is heeding him. Sen. Josh Hawley of Missouri vows to join House Republicans in objecting to the state tallies. On the other side of the party's split, GOP Sen. Ben Sasse of Nebraska warns such challenges are a "dangerous ploy" threatening the nation's civic norms.

Caught in the middle is Vice President Mike Pence, who faces growing pressure and a lawsuit from Trump's allies over his ceremonial role in presiding over the session Wednesday.

The days ahead are expected to do little to change the outcome. Biden is set to be inaugurated Jan. 20 after winning the Electoral College vote 306-232. But the effort to subvert the will of voters is forcing Republicans to make choices that will set the contours of the post-Trump era and an evolving GOP.

"I will not be participating in a project to overturn the election," Sasse wrote in a lengthy social media post.

Sasse, a potential 2024 presidential contender, said he was "urging my colleagues also to reject this dangerous ploy."

Trump, the first president to lose a reelection bid in almost 30 years, has attributed his defeat to widespread voter fraud, despite the consensus of nonpartisan election officials that there wasn't any. Of the roughly 50 lawsuits the president and his allies have filed challenging election results, nearly all have been dismissed or dropped. He's also lost twice at the U.S. Supreme Court.

Still, the president has pushed Republican senators to pursue his unfounded charges even though the Electoral College has already cemented Biden's victory and all that's left is Congress' formal recognition of the count before the new president is sworn in.

"We are letting people vote their conscience," Sen. John Thune, the second-ranking Republican, told reporters at the Capitol.

Thune's remarks as the GOP whip in charge of rounding up votes show that Republican leadership is not putting its muscle behind Trump's demands, but allowing senators to choose their course. He noted the gravity of questioning the election outcome.

"This is an issue that's incredibly consequential, incredibly rare historically and very precedent-setting," he said. "This is a big vote. They are thinking about it."

Pence will be carefully watched as he presides over what is typically a routine vote count in Congress but is now heading toward a prolonged showdown that could extend into Wednesday night, depending on how many challenges Hawley and others mount.

The vice president is being sued by a group of Republicans who want Pence to have the power to overturn the election results by doing away with an 1887 law that spells out how Congress handles the vote count.

Trump's own Justice Department may have complicated what is already a highly improbable effort to upend the ritualistic count Jan. 6. It has asked a federal judge to dismiss the last-gasp lawsuit from Rep. Louie Gohmert, R-Texas, and a group of Republican electors from Arizona who are seeking to force Pence to step outside mere ceremony and shape the outcome of the vote.

In a court filing in Texas, the department said they have "have sued the wrong defendant" and Pence should not be the target of the legal action.

To ward off a dramatic unraveling, McConnell convened a conference call with Republican senators Thursday specifically to address the coming joint session and logistics of tallying the vote, according to several Republicans granted anonymity to discuss the private call.

The Republican leader pointedly called on Hawley to answer questions about his challenge to Biden's victory, according to two of the Republicans.

But there was no response because Hawley was a no-show, the Republicans said.

His office did not respond to a request for comment.

Sen. Pat Toomey, R-Pa., who has acknowledged Biden's victory and defended his state's elections systems as valid and accurate, spoke up on the call, objecting to those challenging Pennsylvania's results and making clear he disagrees with Hawley's plan to contest the result, his office said in a statement.

McConnell had previously warned GOP senators not to participate in raising objections, saying it would be a terrible vote for colleagues. In essence, lawmakers would be forced to choose between the will of the outgoing president and that of the voters.

Several Republicans have indicated they are under pressure from constituents back home to show they are fighting for Trump in his baseless campaign to stay in office.

Hawley became the first GOP senator this week to announce he will raise objections when Congress meets to affirm Biden's victory in the election, forcing House and Senate votes that are likely to delay — but in no way alter — the final certification of Biden's win.

Other Republican senators are expected to join Hawley, wary of ceding the spotlight to him as they, too, try to emerge as leaders in a post-Trump era.

A number of Republicans in the Democratic-majority House have already said they will object on Trump's behalf. They only needed a single senator to go along with them to force votes in both chambers.

When Biden was vice president, he, too, presided over the session as the Electoral College presented the 2016 vote tally to Congress to confirm Trump the winner. The session was brief, despite objections from some Democrats.

Jen Psaki, speaking for the Biden transition team, dismissed Hawley's move as "antics" that will have no bearing on Biden being sworn in on Jan. 20.