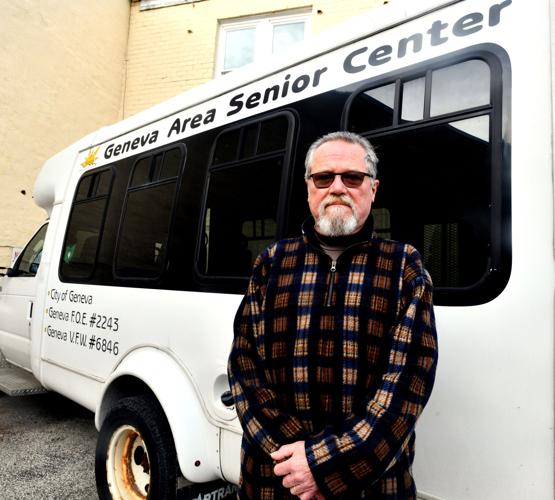 GENEVA — The Geneva Area Senior Corporation is seeking a new direction after the coronavirus pandemic changed the financial and group dynamics of the agency, said GASC Site Director Wil Boomhower.

“The lockdown critically wounded us. We went from an agency that a had a multitude of activities and programs that people had created over a number of years [to a few select programs],” Boomhower said.

He said bingo, crafts and card playing remain popular and involve about 50 people on a weekly basis. Boomhower said these groups “had their own energy” and were able to survive the pandemic years.

The number of people served by the agency fell dramatically during the pandemic, he said. “We lost a lot of people to COVID directly,” Boomhower said.

As the numbers dwindled, the agency also lost critical funding from the Ashtabula County Senior Levy, which is based on participation numbers.

The agency is run by a seven-member board that is gathering to review the agency’s finances and goals on Dec. 8. “We are going to make it, but it is going to be a pinch,” he said.

As the agency moves forward, Boomhower said he hopes to get a larger group of people to help the board come up with new ideas and raise money to help the agency thrive.

Boomhower said he wants to have many “stakeholders” in the community involved in a brainstorming process to come up with new ideas and raise money.

Boomhower said he hopes the agency can raise $50,000 next year. He said he hopes to gather people from the faith community, business community and social service agencies.

“Fundraising has to be more of a priority than it has ever been,” he said.

Boomhower said that, in addition to the regular programming, the agency is also providing transportation for senior citizens.

He said the new money would help the agency create and advertise programs to get more senior citizens involved in the program again.

“Post lockdown, it is quite evident we need to reimagine [the agency],” he said.