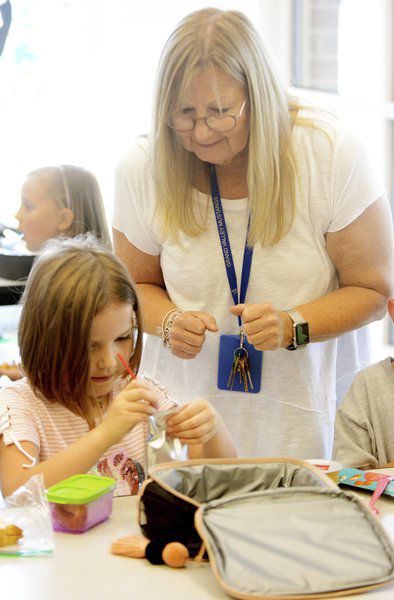 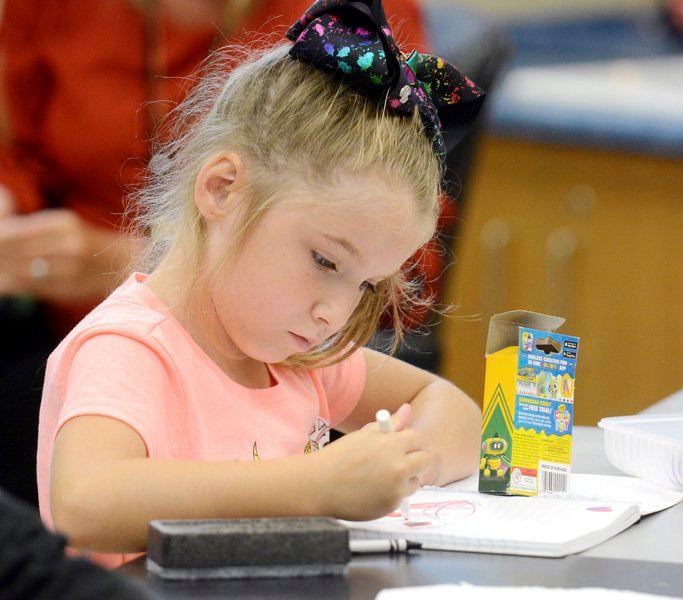 Jefferson Elementary School second grader Zoey Coccitto works at her desk during the first day of school in August of 2019. 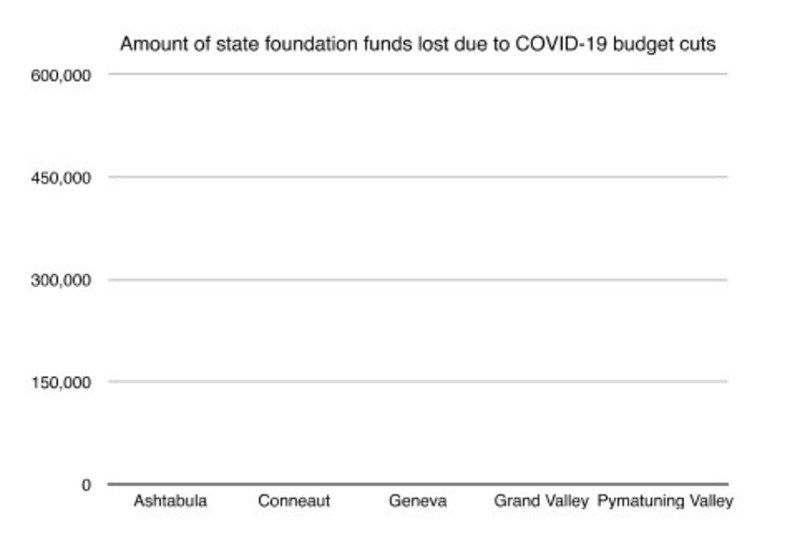 School districts in Ashtabula County have lost as much as $592,260 to state budget cuts. 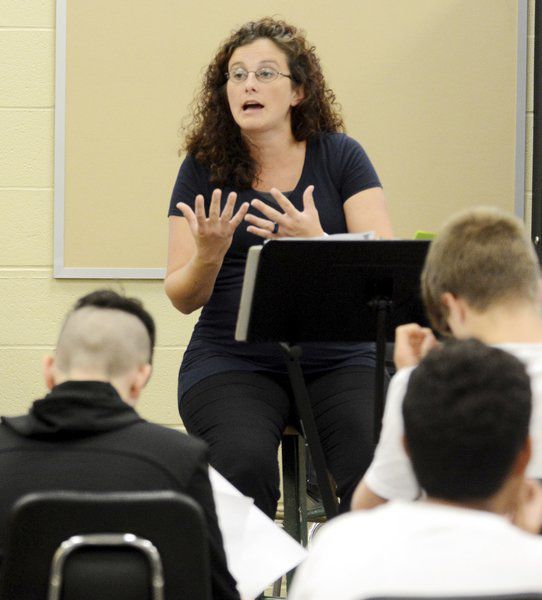 Lakeside Junior High School Choir Director Ashley Nelling talks to her students during the first day of class in 2019.

Jefferson Elementary School second grader Zoey Coccitto works at her desk during the first day of school in August of 2019.

School districts in Ashtabula County have lost as much as $592,260 to state budget cuts.

Lakeside Junior High School Choir Director Ashley Nelling talks to her students during the first day of class in 2019.

Public schools throughout the state of Ohio have been hard hit with reductions to their funding, as the state deals with the COVID-19 outbreak.

DeWine was concerned about the cuts to education spending, he said in a press release.

“We have an obligation to our schools to give them as much predictability as we can, but if we don’t make these cuts now, future cuts would be more dramatic,” he said.

This has left local school districts scrambling to adjust their budgets.

Superintendent Mark Potts said prior to the announced state budget cut for this fiscal year, AACS was already challenged with budget reductions of $1 million,  which were made effective July 1, 2020.

“Then, with the recent announcement by the state, our Fiscal Year 2020 State Foundation Revenue was reduced by $592,260 for May and June 2020,” he said. “We are exploring other reductions in purchased services, supplies and some staffing.”

Comments by DeWine and Ohio Department of Education indicate school districts should start planning on a 10- to 20-percent revenue reduction in state foundation monies for Fiscal Year 2021.

“We have modeled several scenarios reflecting additional staff reductions, much will depend on the education format for next year, such as distance learning, in-classroom etc.,” Potts said. “Once the state budget reduction is made known, expenditure reductions would need to be made prior to July 1, 2020.”

The Buckeye Local School District has been successful in operating within revenue limits over the past few years. That has enabled the district to build sufficient cash balance and ensure fiscal stability for the near future, Treasurer Jamie Davis said.

The uncertainty of future state budgets, local economic factors, state or federal mandates for years four and five make it difficult to predict what will happen during this time.

“During these unprecedented times due to the COVID-19 pandemic and the closure of schools throughout the U.S. and abroad, the Buckeye Local School District is able to sustain the first round of the Governor’s budget cuts in education,” Superintendent Patrick Colucci said.

“The district has done a tremendous job at fiscal responsibility throughout the past four years and although we begin to show a deficit in 2023, we will continue to seek creative ways to maintain a solvent budget while continuing to provide our students with a quality education.”

“The teamwork from the Board of Education down through the entire staff and community has been nothing short of amazing,” Colucci said. “With all of the support that is received in the district we are able to maintain the highest quality of education and stay within our budget.”

The Conneaut school district lost $283,000 in the foundation funding cuts, Treasurer Jackie Miranda said. Miranda presented the district’s five-year forecast to the board at a meeting on Wednesday night.

“The district is fortunate to be in a financial position to weather the storm of unknowns and has time to react as the landscape of instructional and support needs change,” Miranda said.

Private schools are also facing some of the funding changes brought on by the pandemic, said St. John School President Maureen Burke. She said there has been a three- to seven-percent cut in different state funds that come to the school.

“We are tightening our belt at this point we are not planning on layoffs,” Burke said.

She said the school has also been hit by several fund raising events that were cancelled.

Burke said the school was hoping to increase enrollment but hope to maintain 2019-20 figures or possibly a slight reduction.

“Enrollment looks steady but people can lose their jobs. We are trying to help people [with aid] depending on how they [the families] are impacted,” she said.

“We are sitting on pins and needles,” Edison said.

He said the potential 10- to 20-percent reductions would provide significant challenges for the district; especially if new mandates are put in place to have school occur in the fall in school buildings.

Some of the plans being discussed involve social distancing components that could involve hiring more personnel with reduced state funding, he said.

“We are trying to manage expenses as much as possible,” said Pymatuning Valley treasurer Tom Brockway.

The Grand Valley Local Schools lost $211,000 in funding for the last two months of the school year, said school superintendent William Nye. He said GV was able to navigate that loss, but has lost any carryover for the next school year.

Nye said the district is operating under the assumption that the 10- to 20-percent cuts may come. He said two teachers and a bus driver, that retired or resigned will not be replaced if the funding cuts go through.

Nye said he was also concerned about potential increases in mandates with less money.

The Geneva school district lost $433,000 when the foundation funds were cut, said Treasurer Kevin Lillie. Beyond that, the future is unclear.

“That’s all we know right now ... is what they’re taking from us this year,” Lillie said.

The district is expecting as much as a 10-percent cut to their foundation funding in the coming year, Lillie said. If that cut becomes a reality, the district would lose $1.14 million. The district may not know for sure if funding cuts are coming until the end of June, Lillie said.

“There are a lot of things that this COVID pandemic is affecting,” Lillie said.

Officials from the Jefferson Area Local Schools could not be reached for comment.