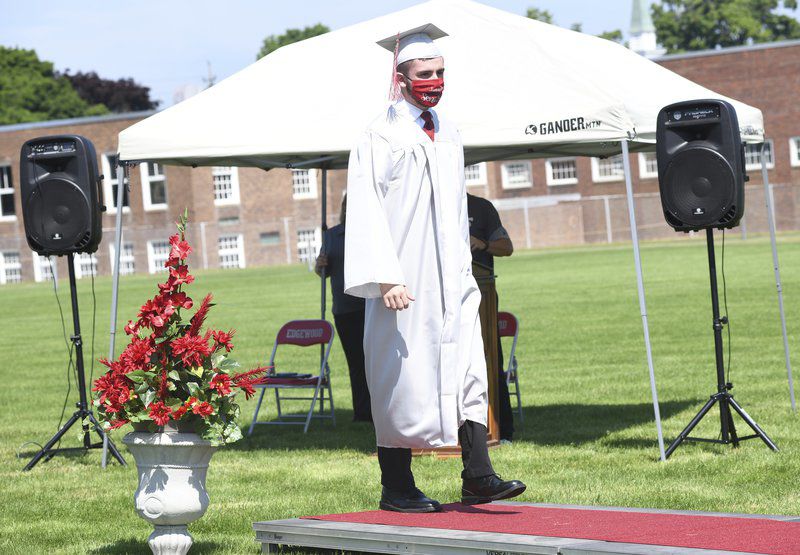 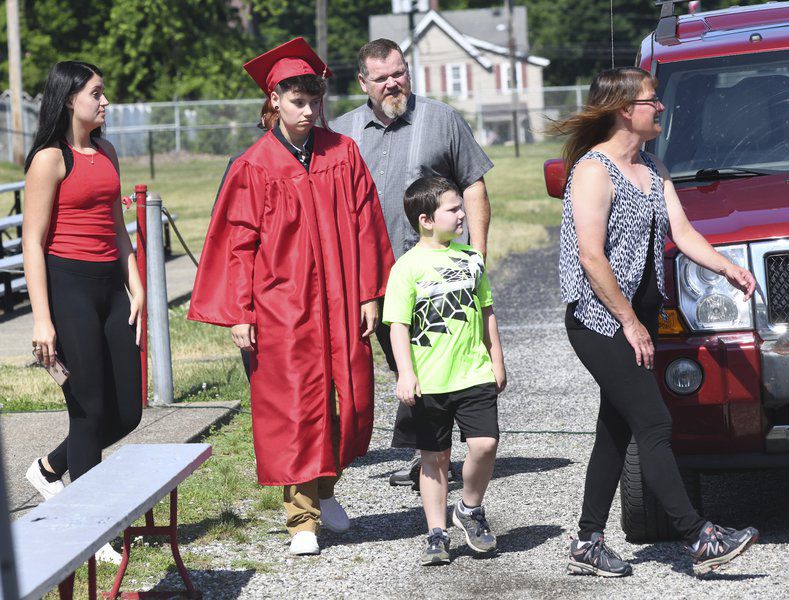 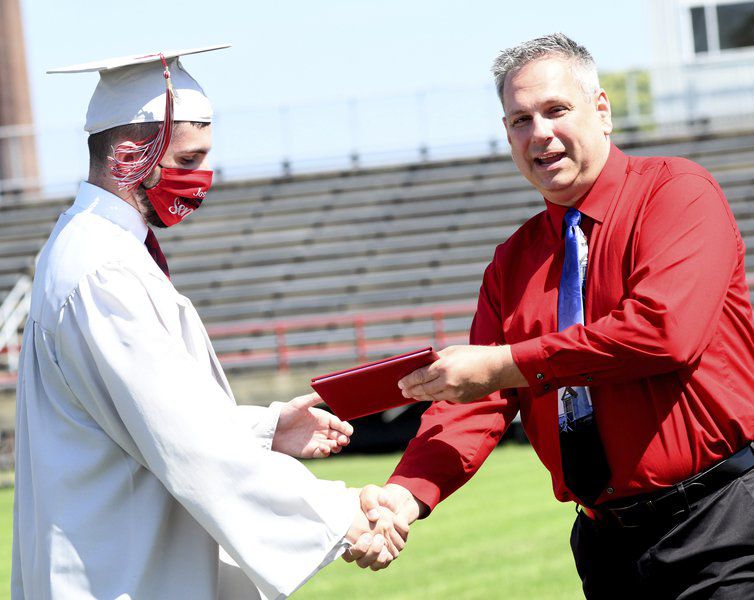 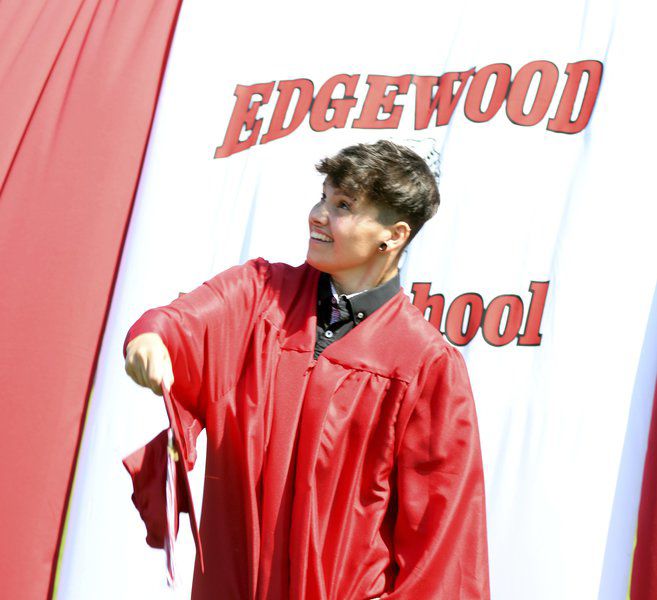 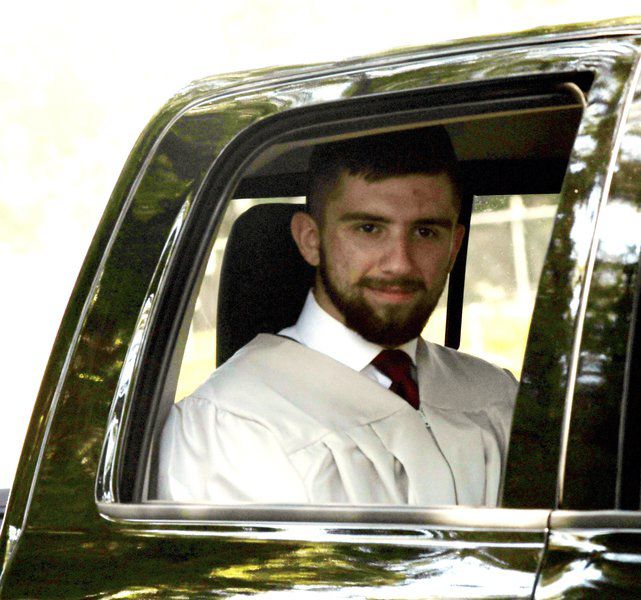 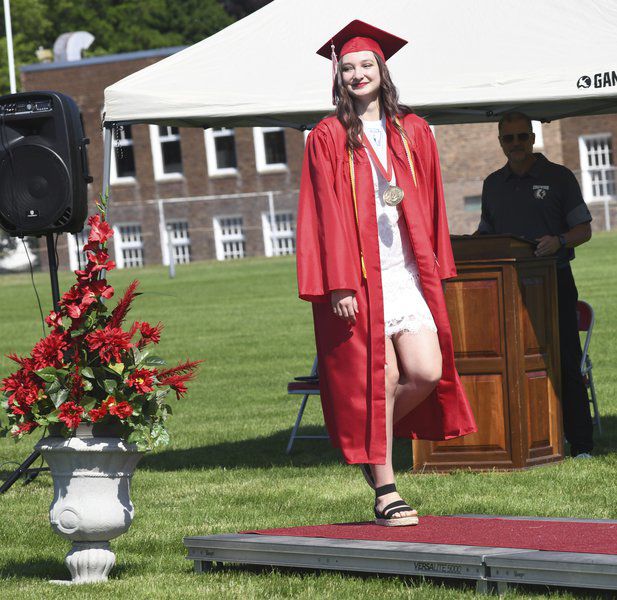 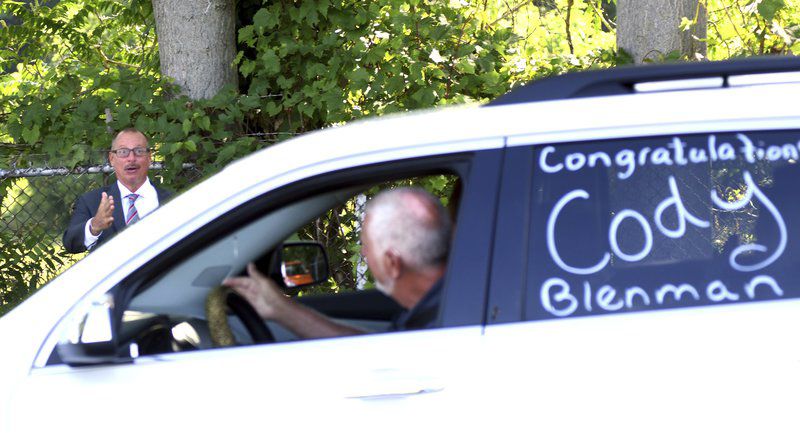 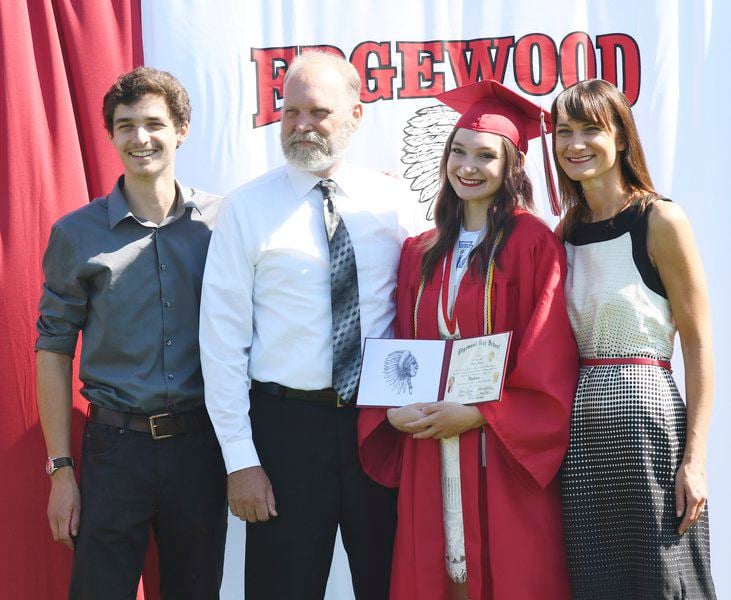 Lilijiana Branch, with cap and gown, poses for pictures with her brother Nicholas, far left, and father, James, and mother Mariana Branch after receiving her diploma on Monday morning at Corlew Field in Ashtabula Township during an Edgewood High School individualized graduation ceremony. 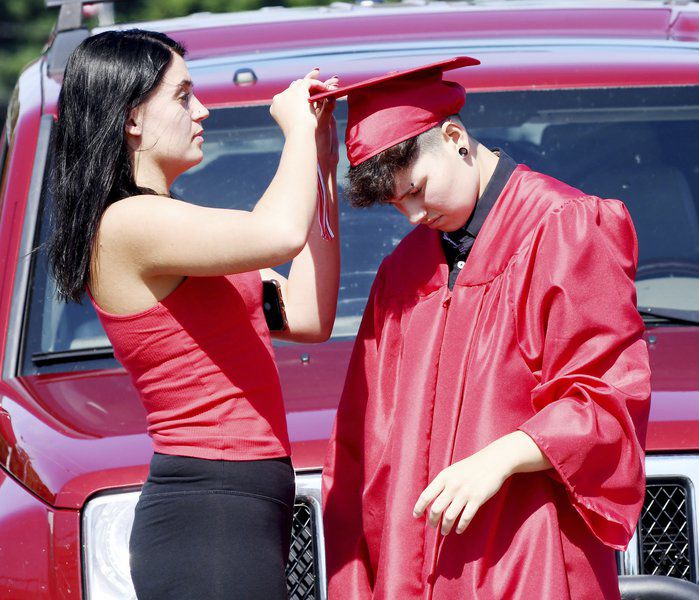 Lilijiana Branch, with cap and gown, poses for pictures with her brother Nicholas, far left, and father, James, and mother Mariana Branch after receiving her diploma on Monday morning at Corlew Field in Ashtabula Township during an Edgewood High School individualized graduation ceremony.

ASHTABULA TOWNSHIP — Graduation took on new meaning for Marty Burnham, who was able to hand his son Joseph his diploma on Monday morning during the first of three days of Edgewood High School individual graduation ceremonies at Corlew Field.

“This is fantastic...and have personally walked across this field. I have come full circle,” Marty Burnham said after posing for pictures with his son and other family members on Monday morning.

The administration put the program together after state guidelines made it clear graduation ceremonies with large groups of people were not going to be permitted.

“It is a real nice setup”, said Buckeye Local Schools Superintendent Patrick Colucci, while waiting for the next graduate to come by.

“I get to say congratulations twice instead of once,” Colucci said.

All graduates are allowed to have four people to leave a vehicle and experience the ceremony up close and personal. A second car is permitted, but those occupants must stay in the vehicle.

The graduates’ vehicles entered the east end of the stadium and drove counter-clockwise to the visiting stands, where several tents are set up.

Each graduate was given instructions regarding leaving their vehicle, having their name announced and walking across a walkway to receive their diploma from a family member.

“I think it has gone very, very well,” he said.

“Having the parents present the diploma has been very emotional,” Notar said.

He said administration officials are discussing ways to get the parents involved in the presentation if graduation returns to “normal” and also reviewing the possibility of an outdoor ceremony.

Rich Bray said he was happy to have any kind of ceremony to see his daughter Belle receive her diploma.

“As long as we are having it [graduation]. These days you do what you have to do,” he said.

Joseph Burnham described the experience as “slightly anti-climatic” but said he really enjoyed the car parade through the district that was held several weeks ago. He said he hopes the parade becomes a regular part of the senior experience.