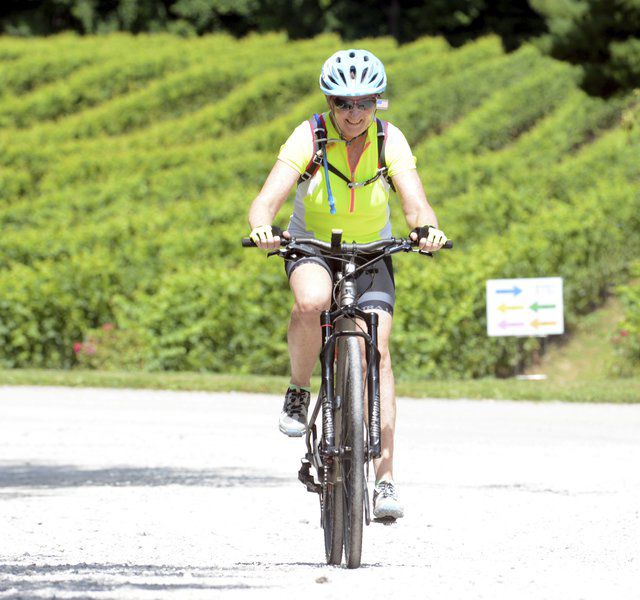 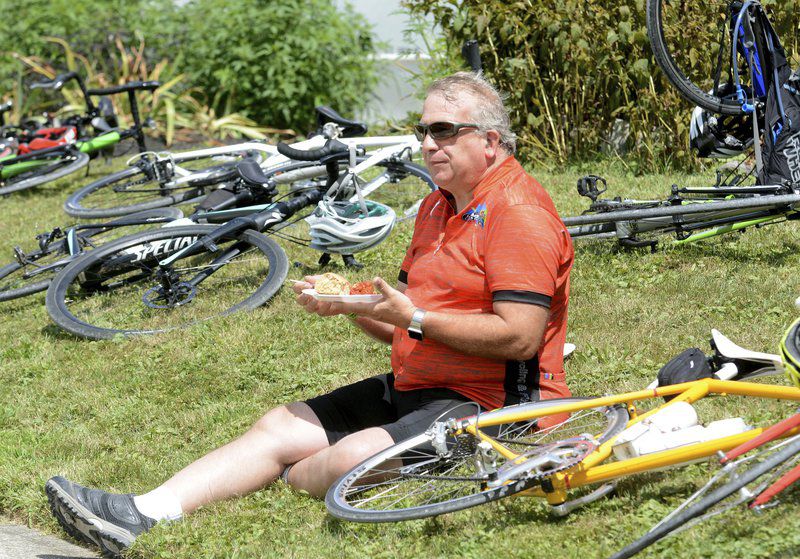 Joe Daniels, of Erie, enjoys a meal after completing the 2019 Bridges and Vines Bicycle Tour in Harpersfield Township.

Joe Daniels, of Erie, enjoys a meal after completing the 2019 Bridges and Vines Bicycle Tour in Harpersfield Township.

Many summer individual fundraising events for area non-profit organizations have been canceled due to the coronavirus, but the community has stepped up to meet the challenge.

“We are not proceeding with the bike ride because of the coronavirus,” said United Way of Ashtabula County Executive Director Kristen Kitchen. The fundraiser normally draws 500 to 600 people from all over northeastern Ohio and surrounding states, she said.

The event was canceled early in the year because of the detailed planning involved, Kitchen said.

“It [the pandemic] has enabled us to collaborate even further,” she said. A fund created by the Ashtabula Foundation has also provided ways to fight the pandemic.

When the pandemic hit, United Way was in the final stages of the yearly campaign. She said the organization was able to quickly move to virtual fundraising through an online campaign.

As the new fundraising year prepares to kick into gear, United Way has had to cancel a July kick-off event that normally draws 250 people, Kitchen said.

She said the event includes awards for the previous year’s campaign and plans for the new year.

Instead, award winners will be contacted individually and the new program will occur. “The Power of One” will be initiated online.

Geneva Fire Chief Dale Arkenburg said the annual fundraising golf tournament for the department’s training center on Austin Road has been canceled after a lot of thought. He said there was discussion about having the event in August, but with the pandemic it was decided to skip the 2020 event.

“There was a lot of uncertainty,” Arkenburg said.

Arkenburg was surprised to hear that many of the golfers still wanted to donate to the cause.

“We have about six to 10 of the people who normally golf,” he said.

“We do want people to know how much we appreciate it,” Arkenburg said.

He was still able to continue the tradition of giving as an area veteran anonymously agreed to to help out the Feed Our Vets program in Ashtabula.

“I believe in some ways, it has brought out the best in us as a community,” Kitchen said.