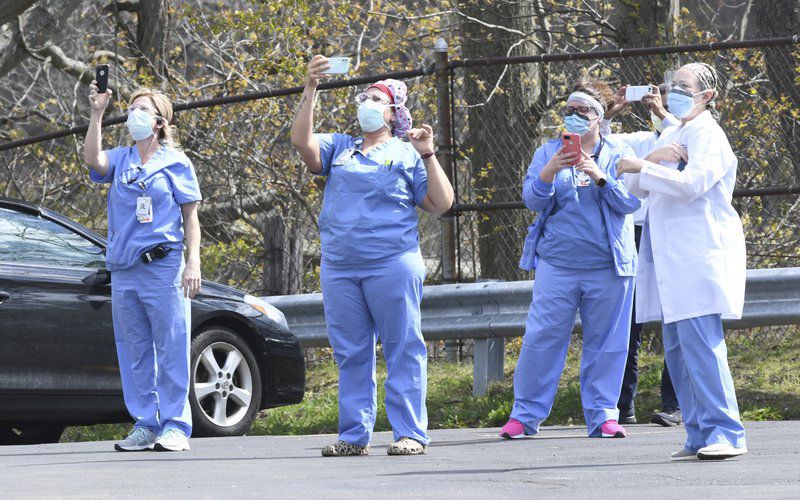 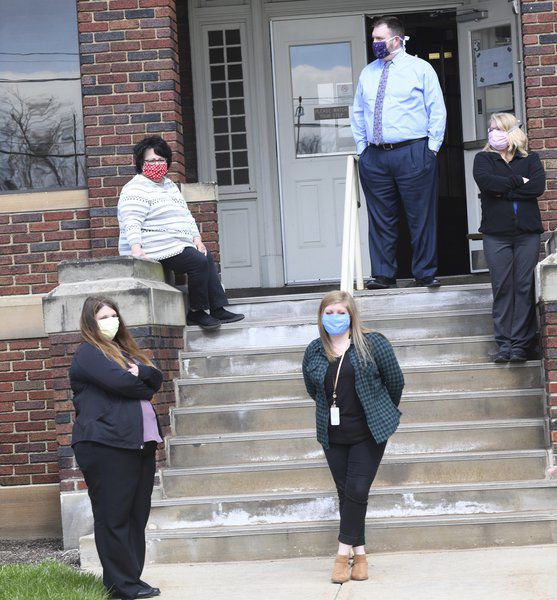 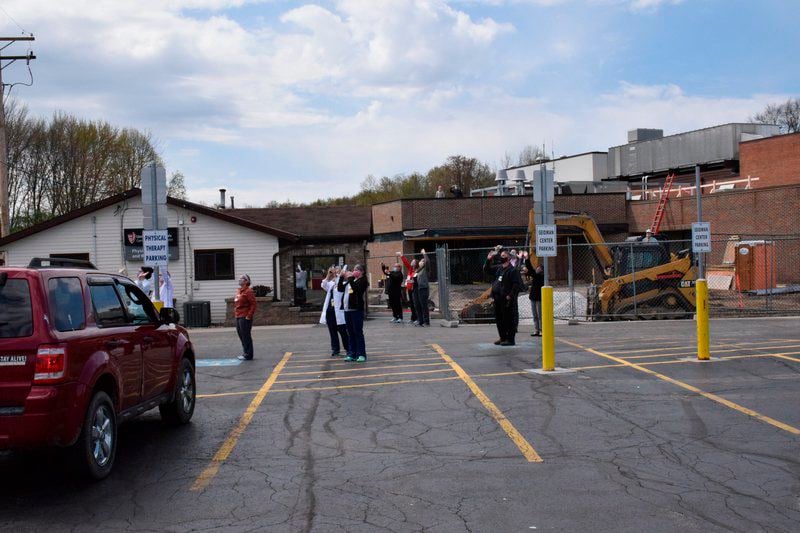 Healthcare workers at University Hospitals Geneva wave and take pictures of a pair of C-130Hs that flew over the hospital on May 7. 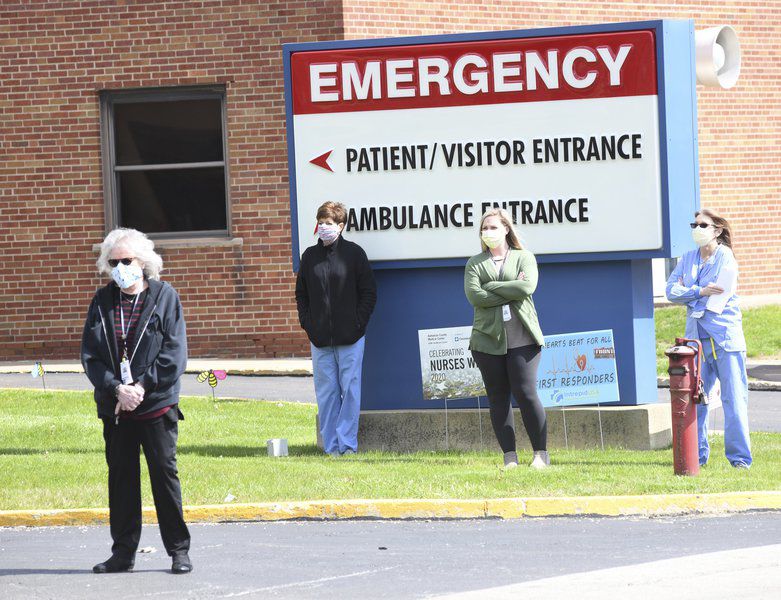 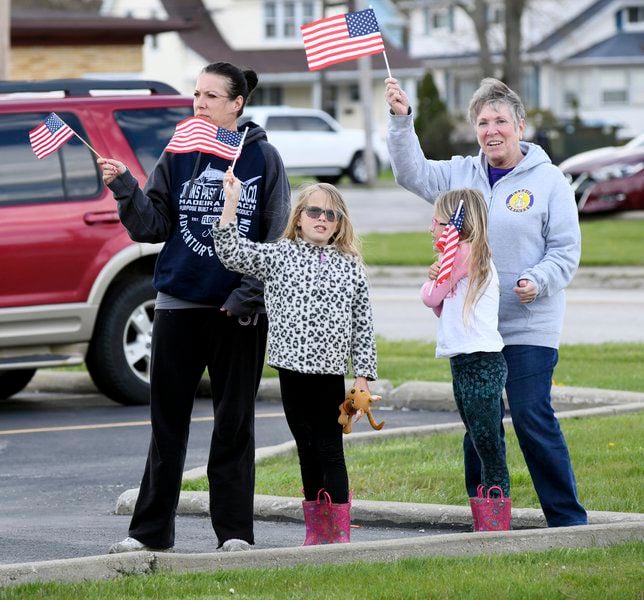 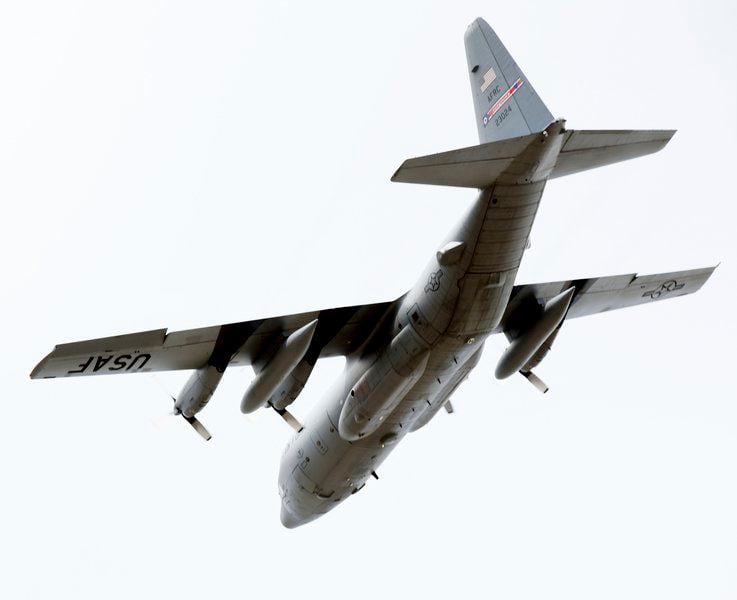 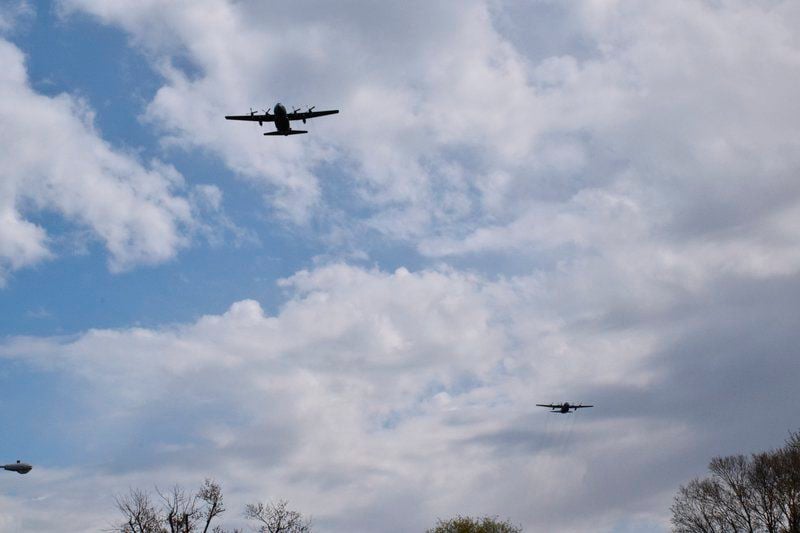 A pair of Air Force Reserve C-130 H aircraft flew over University Hospitals Geneva as they made a circuit around northeast Ohio on Thursday, May 7. The fly-over was organized by the 910th Airlift Wing.

Healthcare workers at University Hospitals Geneva wave and take pictures of a pair of C-130Hs that flew over the hospital on May 7.

A pair of Air Force Reserve C-130 H aircraft flew over University Hospitals Geneva as they made a circuit around northeast Ohio on Thursday, May 7. The fly-over was organized by the 910th Airlift Wing.

The Air Force Reserve’s 910th Airlift Wing honored healthcare workers with a fly-over consisting of a pair of C-130H airplanes on Thursday.

The two planes flew over hospitals across northeastern Ohio and northwestern Pennsylvania as part of a “Hercs Over America” program, which salutes healthcare workers. The program is named after the C-130 Hercules.

UH Conneaut was the first hospital on the route. The two planes were scheduled to arrive at 10:47 a.m.

From there, the two planes flew to ACMC. Employees at ACMC were spread out in front of the hospital, maintaining social distancing while they waited for the fly-over. More than 40 employees waited for the planes to arrive.

Crowds waved to the planes as they passed over the hospital.

“No one goes into healthcare for recognition, so the outpouring of support we’ve had is humbling,” Habowski said in a statement. “The flyover is especially meaningful for us because we are celebrating Nurses Week this week and Hospital Week next week.”

After ACMC, the fly-over headed to UH Geneva, where around 30 people had gathered in the parking lot to wait for the planes. The two C-130Hs arrived right on time, and the crowd waved as the planes passed overhead.

The trip from Conneaut to Geneva was expected to take six minutes.

The two C-130s were scheduled to return to finish the circuit a little after noon on Thursday.

This is the second event that the 910th Airlift Wing, based out of Youngstown has done in May. On May 4, members of the 910th flew another “Hercs Over America” mission. That flight included fly-overs of UPMC in Erie, and hospitals in Cleveland, Akron, Warren and Youngstown, according to a release from the 910th.

The response to the May 4 event was incredibly positive, and the decision was made to have a second fly-over at different hospitals, according to the 910th.

Warren Dillaway contributed to this report.

VIDEO | Area residents get creative during pandemic — Week of May 9