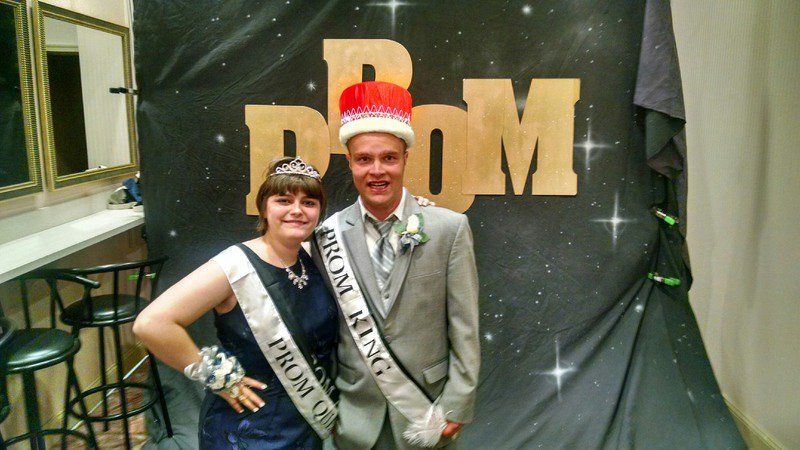 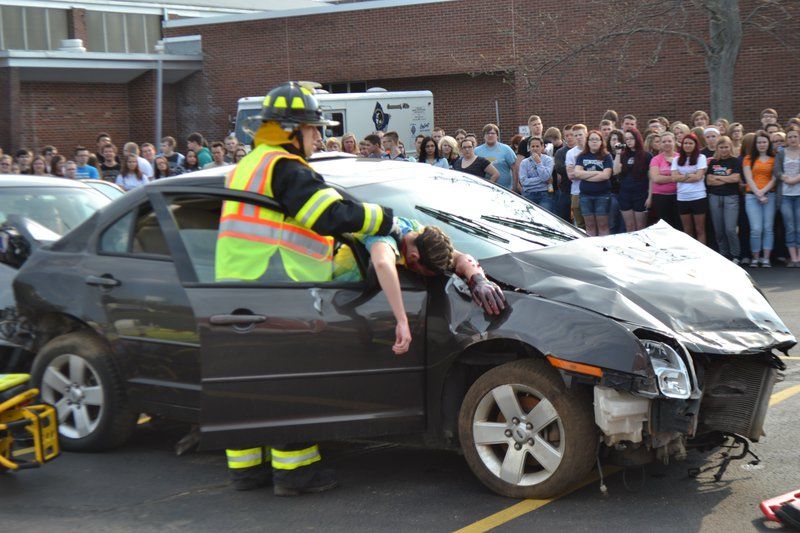 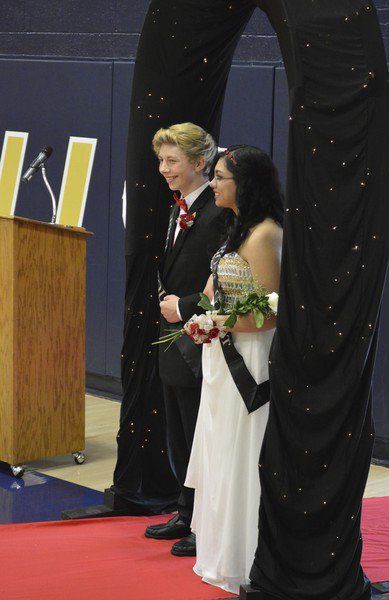 CONNEAUT — The month of May was filled with mounting excitement as Conneaut High School upperclassmen celebrated prom and scholarship announcements. Seniors are getting ready to end their high school journeys and begin their real lives.

Juniors and seniors kicked off prom weekend on the morning of May 8, attending the biannual mock crash, which is hosted by the local police and fire departments. Students gathered outside the back of the school to watch a car crash scenario involving students killed by a drunk driver. Police assessed the damage of two wrecked cars and the injuries of the passengers inside.

One officer took the drunk driver, played by senior Dylan Wright, for a sobriety test as paramedics removed the “dead” bodies of seniors Lexi Zappitelli and Pearl Sharp, and injured passengers, seniors Annagrace Shields and Levi Stuart. Heather Emerick did the make up for the event, splattering on fake blood and creating three-dimensional scars on the actors’ faces and bodies. The event concluded with police officers giving the very grim and real warning that distracted driving or driving under the influence leads to potentially life ending consequences.

Walkthrough for The Great Gatsby Prom began at 5 p.m. on May 9. Parents and friends gathered in the Garcia gymnasium to watch CHS students parade down the red carpet. The dresses were as vibrant as the smiles on the students’ faces as they made their way across the room. Walkthrough concluded with prom court, which was made up of senior pairs: Brandon Wagner and Liana Durnell; Jacob Synder and Sarah Winston; Cody Taylor and Jessica Ferguson; Jacob Spees and Alexis Millard; Billy Chicatelli and Moria Blood; and Tyler Strader and Heather Emerick. Afterwards, students headed off in chartered buses to La Malfa Party Center in Mentor for a night of dancing and fun. Before the night ended, the king and queen, Chicatelli and Blood, were announced, and they shared their first dance as prom royalty.

Conneaut’s After Prom took place at the Mentor Sky Zone Trampoline Park, where students enjoyed dodgeball, volleyball and basketball, all on trampolines. The students said their favorite part of Sky Zone was the foam pit. Throughout the activities, students had the chance to win prizes such as gift cards, televisions and even tablets.

As graduation grows closer, some CHS seniors have had the opportunity to learn of scholarships and financial awards in advance. Liana Durnell, who will be attending the University of Mount Union in the fall for economics and musical theater, won a Minority Achievement Scholarship to help pay her tuition. Troy Colucci received a merit award to Baldwin Wallace where he plans to play football.

“I am very excited and look forward to representing Conneaut,” Colucci said.

Michaela Rogers has also earned a partial tuition from Walsh University, and was admitted to the Blouin Global Scholars Program. As part of the scholars program, Rogers will reside in special dorms at her college and travel to both Uganda and Rome. Carly Kay recently learned that she and Rogers won the local Teen Town scholarship.

Kira Hall and Kyra Cobb have both been accepted into the Honors Tutorial College at Ohio University and have earned full tuition scholarships. Lexi Zappitelli was one of the most fortunate seniors, using her softball skills to earn a full ride to Youngstown State University. Many other CHS seniors were also awarded scholarships at the May 19 Senior Awards Night. These seniors have worked hard to be accepted by their colleges of choice and earn the scholarships to pay their expenses.

The last week of school wraps up for CHS seniors with senior finals, a class trip to Cedar Point, graduation practice, Baccalaureate at the high school on Friday, and finally, graduation at Garcia Gymnasium on Saturday.