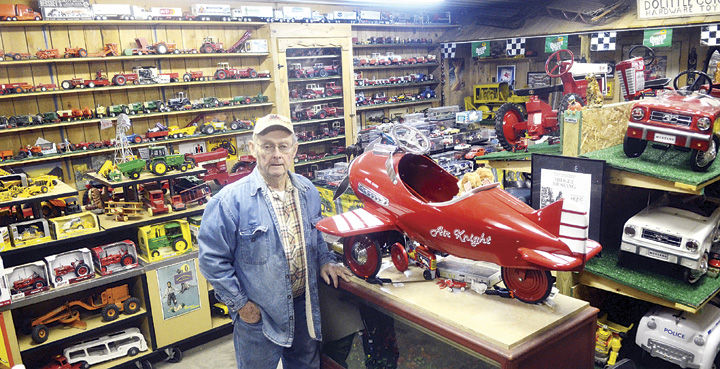 GARY TABOR shows some of his hundreds of toys on display at his toy museum in Williamsfield Township. 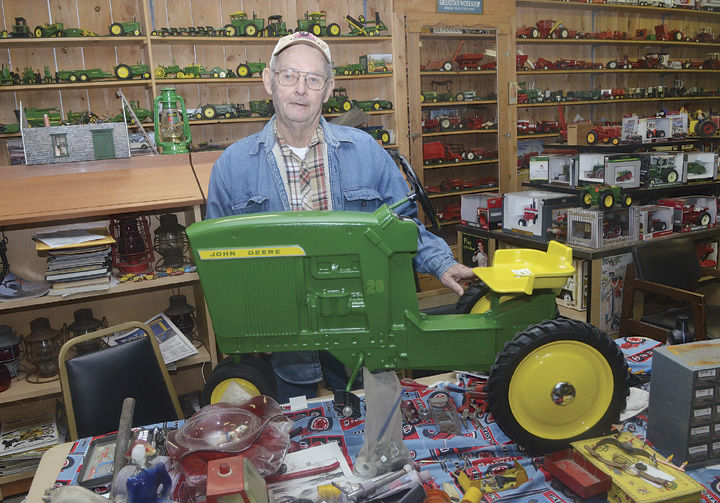 GARY TABOR is restoring still another toy at his toy museum in Williamsfield Township.

GARY TABOR shows some of his hundreds of toys on display at his toy museum in Williamsfield Township.

GARY TABOR is restoring still another toy at his toy museum in Williamsfield Township.

WILLIAMSFIELD TOWNSHIP — Gary Tabor didn’t have a lot of opportunities to play with toys as a child but is making up for time in a big way.

Tabor, who will turn 80 in January, started collecting farm toys about four decades ago and hasn’t slowed up one bit.

“I grew up in the late 30s and through the war. We didn’t have these then,” Tabor said of his childhood.

“Ten years ago I got serious about it,” he said while surrounded by hundreds of toys ranging from farm machinery to dolls. “I had a mobile home and I out grew it. So I built this building to house it.”

Tabor’s Terrific Toy Museum, 8312 Simon Road South, is located along the Pennsylvania stateline about a mile and half north of the Trumbull County line.

Tabor has been featured in a variety of toy publications and the Ohio Country Journal.

“I enjoy the hunting (for the toys and parts) and restoration,” Tabor said.

He said it takes a lot of work to get parts for some of the toys, but some businesses do sell the parts. Tabor is planning an auction to sell duplicate parts in January and said he is working hard to get all of the items organized.

People from all over the country, and the world, have visited the museum.

“Last summer I had an antique car tour,” he said of the event that drew 91 people to his museum.

He also works with other toy lovers across the country.

“I had a toy tractor that I donated to the National Farm Toy Museum in Dyers, Iowa,” Tabor said.

Tabor owns a “sawdust” tractor that was built in the 1940s and is extremely rare. He said a Google search displays a picture of his tractor and himself.

“How do you set a price on that. There is nothing to compare it to,” Tabor said.

Tabor is also actively working on a project that could include a PBS documentary on the Engineering Tragedy relating to the Ashtabula Train Disaster.

“Hopefully we can get (the funding) in January,” he said.